The fourth edition of Cult Heroes reflects on yet more former old gold men who were respected beyond their numbers on the pitch.

“Born in Ellesmere, Shropshire, Robert Topham played for Wolves between 1891 and 1896, joining from Oswestry. In that time, he only made 32 appearances, scoring 19 goals from the right wing. He was a member of the first Wolves team to win the FA Cup in 1893 at Fallowfield, Manchester. He made two appearances for England. He later played for the famous Corinthian club, the amateur club credited with popularising football around the world, promoting sportsmanship and fair play.”

“He was known as Dick Topham and this is going back to the 1890s. He was a master at Brewood Grammar School. It was a time where they weren’t professional players, but they played for expenses. He was very popular from what I’ve heard, and it was a time where the class society we had, people looked up to people from an upper class, and he was very middle class. He was Oxford trained from what I gather, and he’d come from the public-school background. Of course, he played for Wolves, and he was part of the period when w=e won the FA Cup, and he had a big part to play. We’d call him a striker now, a centre forward in those days, and he’s a player who stuck in the mind of other people.” 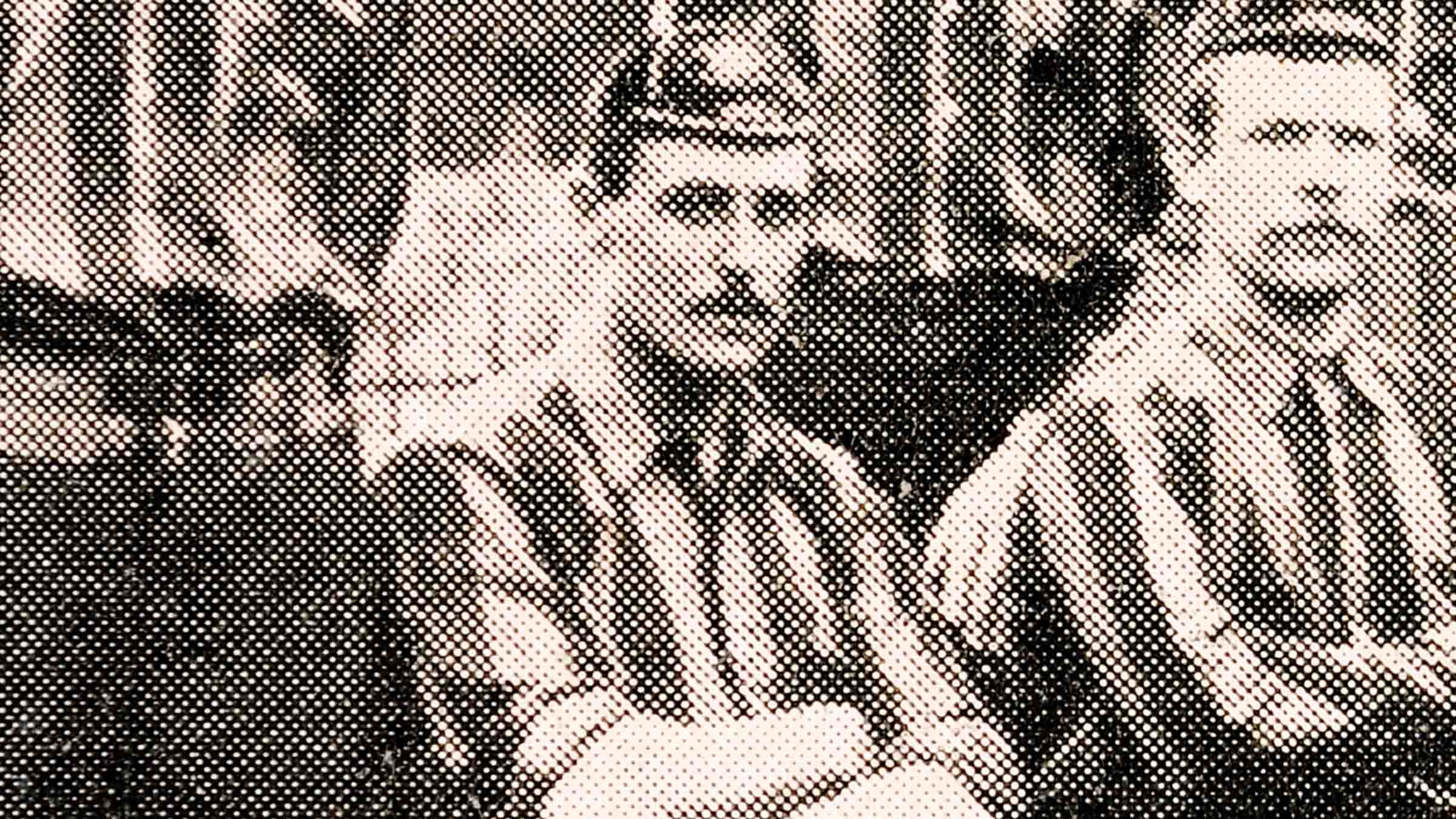 “A Scot, born just north of Motherwell, Cameron Buchanan became the youngest player to ever appear for Wolves, or any league club, when he debuted against West Bromwich Albion in 1942, aged just 14 years and 57 days. He played 18 wartime games in total, scoring six goals, including a hat-trick. He remained with the club after World War II in 1946 but never appeared in an official game. He moved to Bournemouth in 1949 and spent a short time playing in Montreal, before finishing his career at Norwich City. Later in life, he suffered from dementia and died on 10th September 2008, aged 80. By contrast, the oldest player to turn out for Wolves is Archie Goodhall who pulled on the jersey aged 41 years and 116 days old.”

“I spoke to Cameron before he sadly passed. The situation was, when the Second World War started, our players went off to join up. They didn’t have much choice. The manager at the time, Frank Buckley, had a scouting network across Britain, and they kept his eyes out. He came across Buchanan who was in rural Scotland and had a reputation for being a good footballer and a goalscorer. He went to see his father and Wolves signed him on the understanding he’d live with a family who’d look after him. He came to Wolverhampton as a young lad and when I spoke to him and asked why he came to Wolverhampton, he said it was because the colours were similar to the colours he wore at school. He stayed throughout the war and beyond, and he really got into the local society and became a firewatcher. During the war, he’d sit on the top of a tall building and see if any bombs were dropped and report them to the fire brigade. He remembered the markets, getting his fruit and veg, and remembered the time with great affection. Buckley got criticism for signing such a young player, but he said, ‘If he’s good enough, he’s old enough.’ Buchanan went back to Scotland and had a bakery, and then laundry business, so was an entrepreneur and a nice bloke to talk to.” 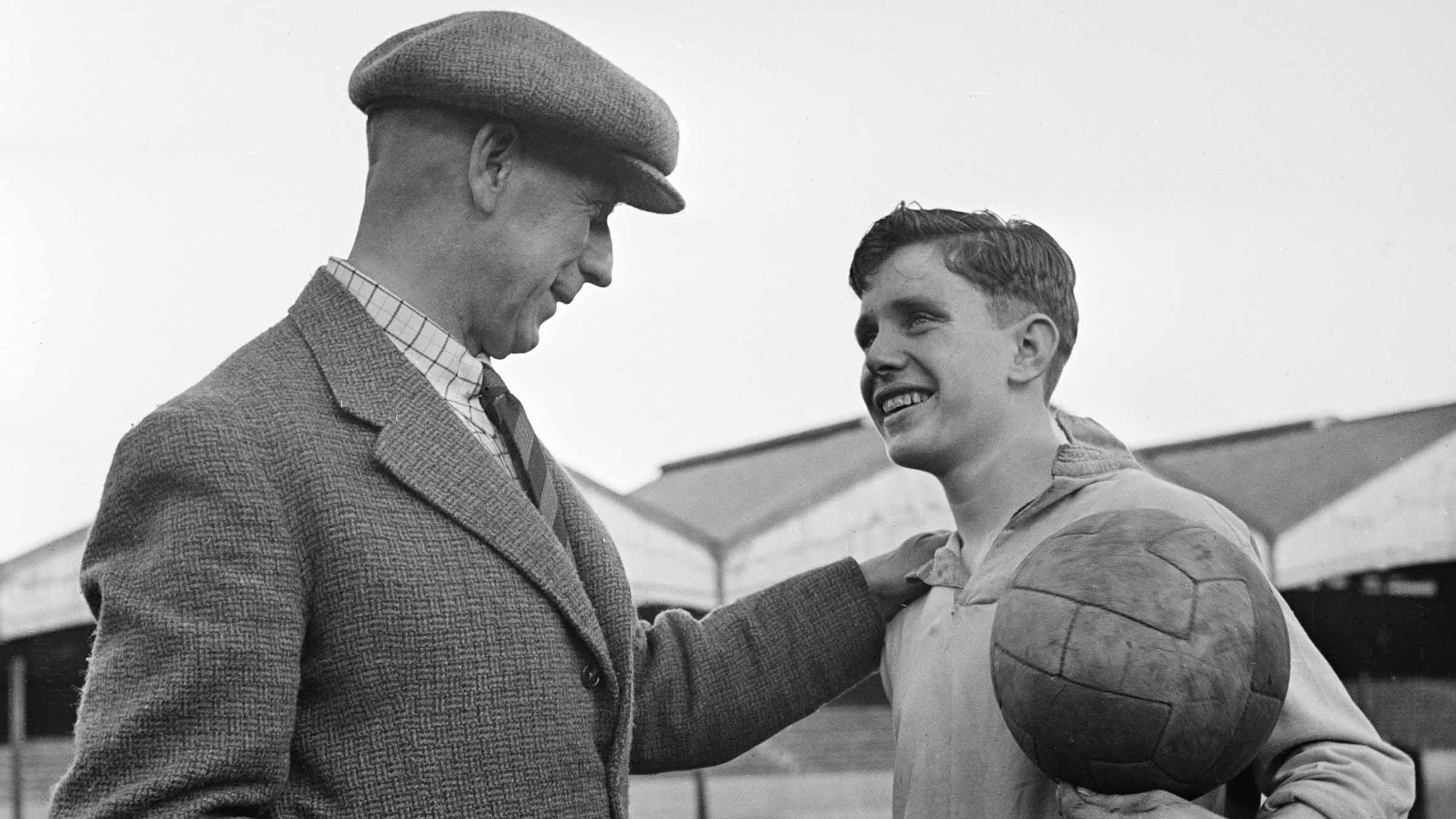 “Although born in Oxford, Reverend Kenneth Reginald Gunnery Hunt was educated at Wolverhampton Grammar School. Hunt only ever played as an amateur and signed for Wolves in 1906. Between then and 1920, he only made 50 League appearances and 11 FA Cup appearances. It was in the cup where the ‘Parson’ became a legend. He not only played (wing half) in the 1908 FA Cup final when second-tier Wolves beat Newcastle United 3-1 at Crystal Palace, but he scored as well. He gained 20 England amateur caps, along with two full caps, and gained an Olympic gold medal for football at the 1908 Olympics. Ordained in 1909, Reverend Hunt took a teaching position at Highgate school in London, tutoring, among others, Murray Walker, the redoubtable F1 commentator.”

“I did a master’s degree a few years back and my dissertation was based on the development of adult education in Wolverhampton. When my son was about seven, it was a Saturday morning with no match and we were taken to Marks & Spencer by my wife, so we went to the library and he said how do you research things, and we looked into Wolves football. I picked someone I’d heard of but knew nothing about, and he stuck to it for four minutes, but I got really into Kenneth Hunt. It was the first Wolves piece of writing I’d done, but what I found was that he was from a family of Anglican priests, his father and grandfather on both sides, and his father had been keeping a living at St Mark’s in Chapel Ash and it’s still there, but it’s used as offices. I went to visit where he was born and his story is interesting because Wolves at the turn of the 19th century weren’t in a good position, they’d gone down to the second of the two divisions which existed and were desperate for any players they could get. This lad turned up, he’d played football at a public school when he was at Trent College in Nottinghamshire, and he went to Oxford University to become a priest but came back at weekends and used to play for Wolves for nothing. He was always an amateur, so they grabbed him with both hands. He had an arrangement where he sent a telegram when he was available, and that went through to the 1920s. His best year was 1908 when, through winning games 1-0, Wolves got through to the cup final at Crystal Palace. In the semi-final against Southampton, he was knocked out twice and continued when concussed, so he was hard. Against all the odds, in the final he kicked the ball from 35 yards and scored. Nobody gave us a chance because Newcastle had been league champions the year before and we were halfway down the Second Division. Newcastle were so sure they were going to win, they wanted their photo taken with the cup pre-match, and it’s a shame they didn’t allow it. The Olympic Games should have been held in Italy that year, but Mount Vesuvius was in danger of going off, so they moved it to the White City in London, and because he was an amateur he played and won, so that year he won a gold medal and FA Cup medal, and it’s a bloke who didn’t earn a penny playing. It’s incredible.”

“Born in Penyard near Merthyr Tydfil, Bryn Jones was one of five brothers who played professional football. Wolves signed him from local Welsh soccer in 1933 and in five years he played 163 league matches for Wanderers. During his time at Wolves, Jones also won the first of his 17 international caps, scoring for Wales in a 2-1 defeat to England at Molineux. In 1938, the mighty Arsenal paid a record £14,000 for his services, causing consternation for many Wolves fans who demonstrated for hours on the Waterloo Road. As war came, Jones saw action in North Africa and Italy and returned to help Arsenal win the League title in 1947/48. He moved to Norwich as player/coach in 1949 before returning to north London to run a newsagent. He died in Wood Green aged 73.”

“The sale of Bryn Jones in that final year before the Second World War broke out underlined the love-hate relationship between Wolves fans and their iconic manager Major Frank Buckley. For the fantastic sum of £14,000 (which would have purchased outright over 40 detached houses at the time), Buckley allowed Wolves’ best player to depart. It is said Buckley received death threats over it and was offered a police escort to and from the ground. He refused the latter and showed his contempt for popular feeling about his transfer policies by purchasing a Welsh Terrier which he called Bryn Jones.” 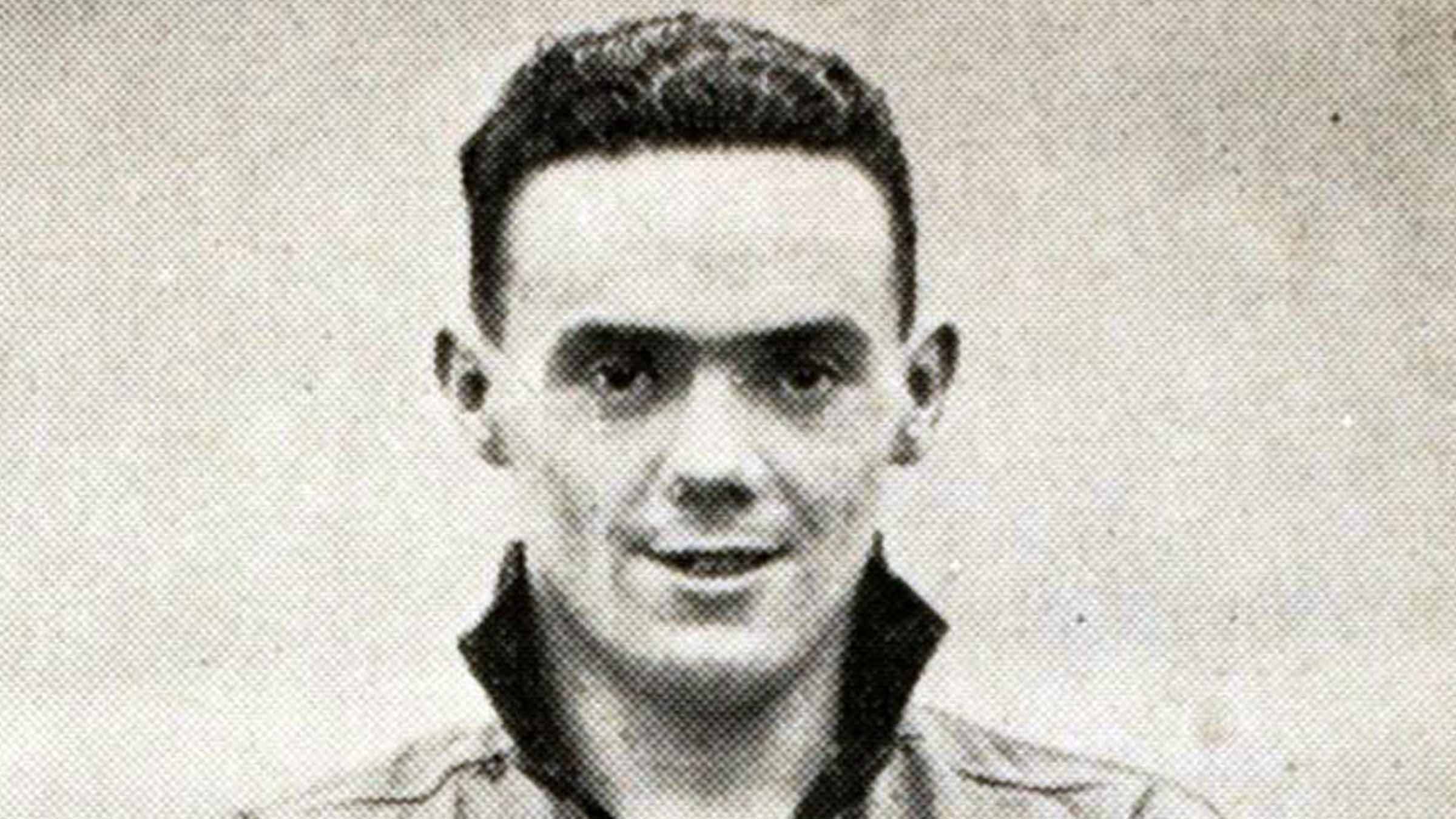