The latest instalment of Cult Heroes sees wolves.co.uk reflect on former old gold men who are often respected for reasons beyond their numbers on the pitch.

“Dave Wagstaffe joined from Manchester City in 1964 on Boxing Day. He played 404 league and cup games for Wolves, placing him in the top 15 all-time appearance makers. He wasn’t a prolific goalscorer but won Match of the Day’s Goal of the Season in 1971 for a 35-yard shot when Wolves beat Arsenal 5-1. He later played for Blackpool and Blackburn, and while he was at Blackburn, he became the first player in England to receive a red card. He was never capped for England as it was a time when they weren’t playing wingers. He played for the English Football League against the Scottish in 1972.”

“Waggy was a friend of the lead singer of The Monkees, Davy Jones. The Wolves team actually watched ‘Daydream Believer’ be recorded when they were in America on tour. Because he was in a forward line which included John Richards and Derek Dougan, and the 1970s team was our second best ever, Waggy was one of a number of iconic players. He was quite a heavy smoker and apparently he used to go for one at half-time in the toilets. A lot of people had time for him though and he became steward of the Wolves Club when that was opened and the North Bank Bar. He was just so tricky – a very skilful player, at a time when, since Sir Alf Ramsey’s time in the mid-60s, there weren’t many decent wingers about. There was Mike Summerbee at Man City, but not many. If you like watching a player take on the full-back, using good footwork, he was that. His crosses were almost stylised; he would cross to Dougan from the wing, then Dougan would head the ball to Richards, who’d put it in the net.” 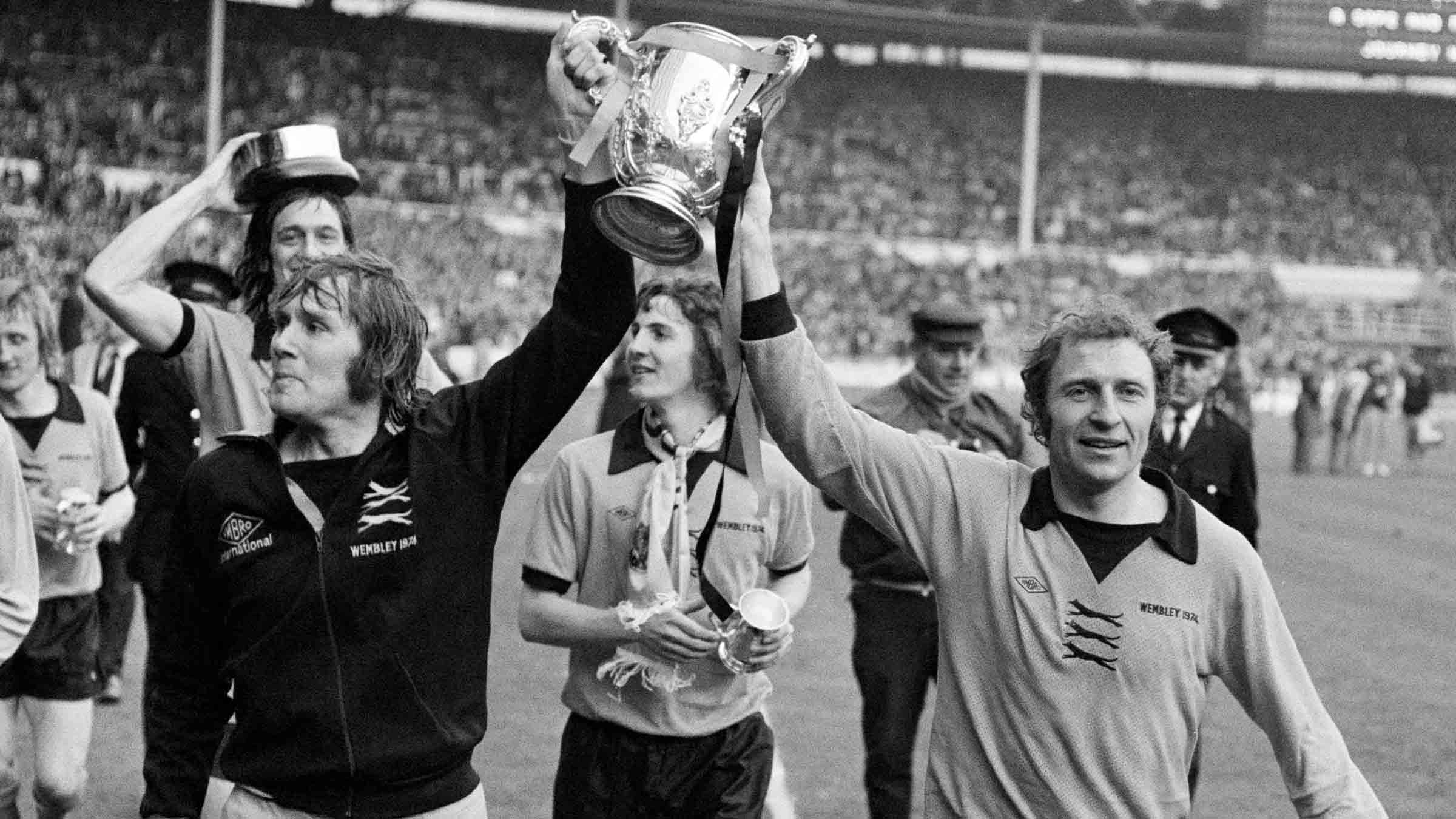 “Born in Rowley Regis, Ted played just four seasons of league football before being forced to retire due to injury, aged 24. He scored twice on his senior debut, in a 3–1 win at Old Trafford in 1960, and ended the season as the club’s leading scorer, with 28 goals, in just 27 games. Remarkably, Farmer scored his 21st league goal in his 21st league match, on his 21st birthday, on 21st of January! The following season saw him earn a call-up to the England under-23 side, scoring on his debut and bagging a hat-trick on his second appearance in a 5–2 victory in the Netherlands. The striker broke his leg, caused by an overzealous tackle during training, shortly afterward. Although he returned to action, injury blighted the rest of his career and forced him to retire in 1964. Farmer’s greatest game was probably the FA Youth Cup final of 1958. Wolves had lost the first leg 5-1 to a Jimmy Greaves-inspired Chelsea. In the second leg, Farmer scored four goals in the first-half to equalise the tie. At half-time, the Wolves staff opened the turnstiles to thousands of supporters who packed inside the ground to catch a glimpse of the second-half. Word had spread quickly round the town. Cliff Durandt scored twice but Greaves got one back to win the tie 7-6. Farmer regarded it as ‘probably the greatest competitive match ever played at Molineux’. Retiring after scoring 44 goals in 57 games, Farmer then ran a pub in Dudley and had a very successful career in the computer industry. Ted spoke passionately at the Civic Hall in July 1986 when the club was in danger of folding; imploring Councillor John Bird to do everything he could to save both club and ground.”

“He was a fantastic goal scorer. He was the great hope at the end of the Cullis era. He didn’t really rate Cullis, even though he was his manager. He wasn’t like the players of the ’40s and ’50s, and he didn’t get on with Cullis very well. If you talk to Ted now, although he won the FA Youth Cup, he can be a bit bitter that he didn’t get the great careers that others enjoyed, but he was well liked and well-remembered in the Wolves fraternity. He’s still around and attends former player events, but for him it was all about potential. He was a great goal scorer and a smooth player – distinguished in his own right.” 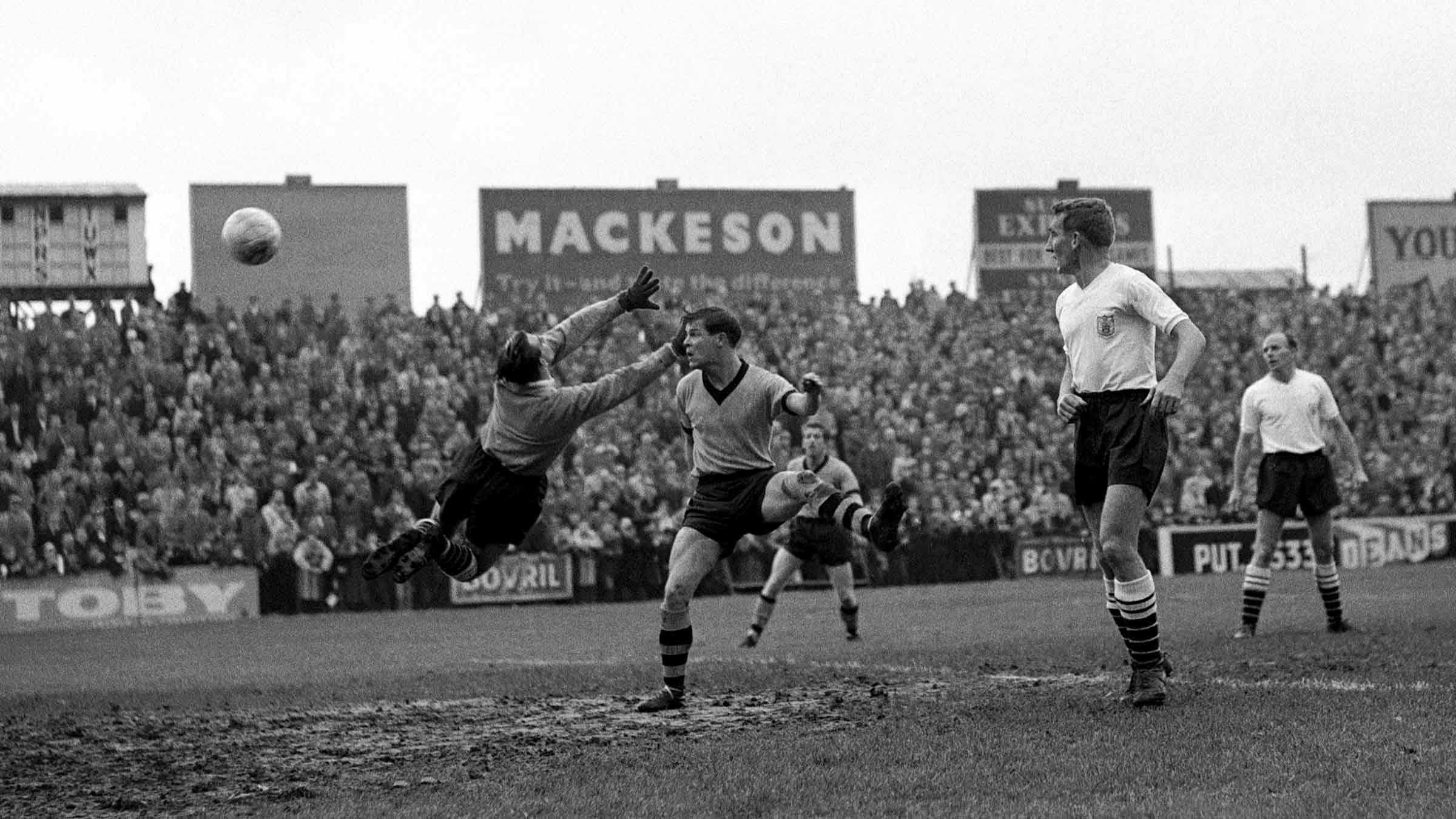 “A man of Kent, Shane Westley began his football life at Charlton but made his name at Southend United. Wolves paid £150,000 for the centre-half and he made 50 league appearances, scoring two goals, between 1989 and 1992. A renowned tackler, his occasional reckless approach spawned the chant ‘Westley, Westley, nut the ref’. After Molineux, he spent three years at Brentford and short spells at Cambridge United and Lincoln City, who he also managed. In fact, he was the Football League’s youngest manager and steered the Imps to promotion. He also managed Barrow and is now managing director of a personal training company.”

“We only had Shane for a couple of years, but it was the end of the 1980s and that was a period when we were coming back from virtual bankruptcy and Sir Jack Hayward was involved. It wasn’t a time of great hope and ambition, as we were in the lower tiers, but they picked him up from down south. He was magnificent at the back, and it was at a time where we had some good centre-halves, but he could slot in at full-back too. He brought a bit of fun back to football as we’d been through it, and it had been horrible. Guys like Floyd Streete and Gary Bellamy were about too, and they brought stability back, and I thank them for that. Shane was good in the air, he didn’t stay for a huge amount of time but made a massive difference.” 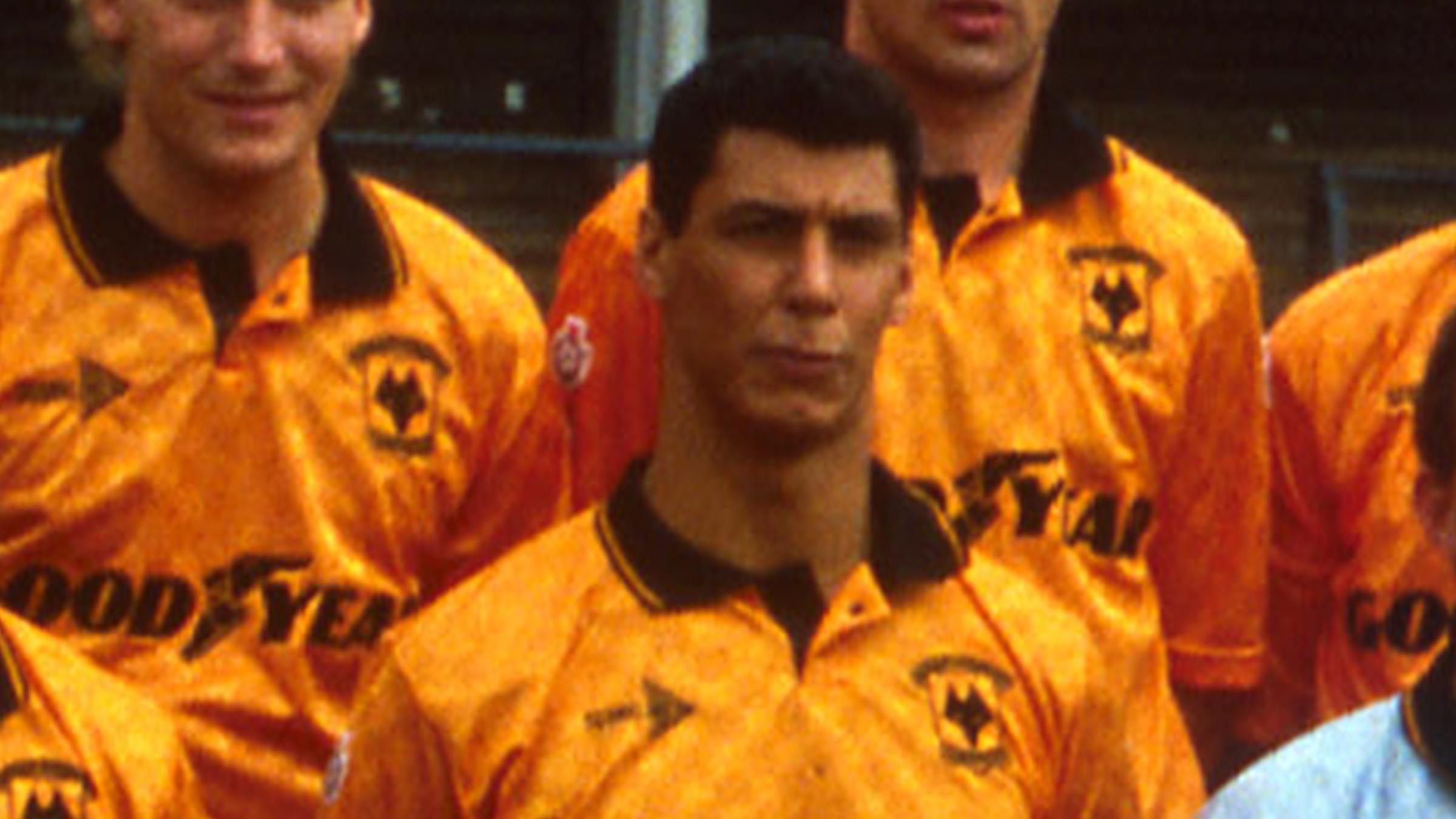 “Spotted while playing for Le Havre, Ludovic Pollet joined Wolves initially on loan, signing permanently in October 1999. Apparently recommended by Arsene Wenger, who knows a bit about French football, fans really took to him, and he won the Player of the Season Award in 1999/2000. He was incredibly brave, willing to put his head where others wouldn’t go with their boots and looked classy on the ball. Graham Taylor didn’t rate him as highly as Colin Lee, and after a short spell on loan at Walsall, he returned to France, after 72 league appearances. After retiring, Ludo took up management and was at Cannes until 2020.”

“Ludo came to us when he was young, and I can’t think of many French players at Wolves before him. He came as a centre-half and was so brave – a towering figure. A number of times he seemed to go off with head injuries and they sewed him up and sent him back on – he seemed to permanently play with a white bandage on his head, it was almost part of his kit. There was a lot of good players in that team, and he was one of them. He went on to manage in France, but always thought well of his Wolves days and he was very popular.”