First-team defender Ki-Jana Hoever shares his story with wolves.co.uk in the final instalment of Wolves’ Black History Month feature, celebrating the people who inspire the club’s BAME players and staff.

Throughout this October, five BAME members of the Wolves family have featured on wolves.co.uk, sharing personal experiences, discussing issues within society and revealing their inspirational figure to mark Black History Month.

Ki-Jana’s father was born in Suriname, but as a child left for Holland, where he grew up within the adoption system and pushed himself to achieve great things in his career and personal life.

Now, Ki-Jana, guided by his inspirational father, has carved out a successful career of his own within football, having progressed through the Ajax academy system before moving to England, first with Liverpool, and more recently Wolves last month.

On his inspirational person

“For me, it’s my dad. When I was younger, I didn’t realise what was going on with colours in the world. When I was nine, I found out my dad was adopted, so his mother and my grandmother was not a blood relative. Unfortunately, she died, but I still see her like my grandmother. My dad was really young when he moved to Holland and basically didn’t know his mum, so for him, his mother in Holland felt like his mother.

“His blood mother had wanted him to go to Holland from Suriname to make something of his life, and I knew, even as a child, that we didn’t have to struggle financially, and he was a big part of that. He had a good job as an ICT manager and there are not a lot of black people in Holland with that job.”

On how he’s been inspired by his dad

“I didn’t want to do what my dad did but wanted the same mentality. He always told me from the beginning that I’m blessed to do something I really love, because he didn’t really love his job, but he needed to do it to get money. At that point, my dad was my inspiration. 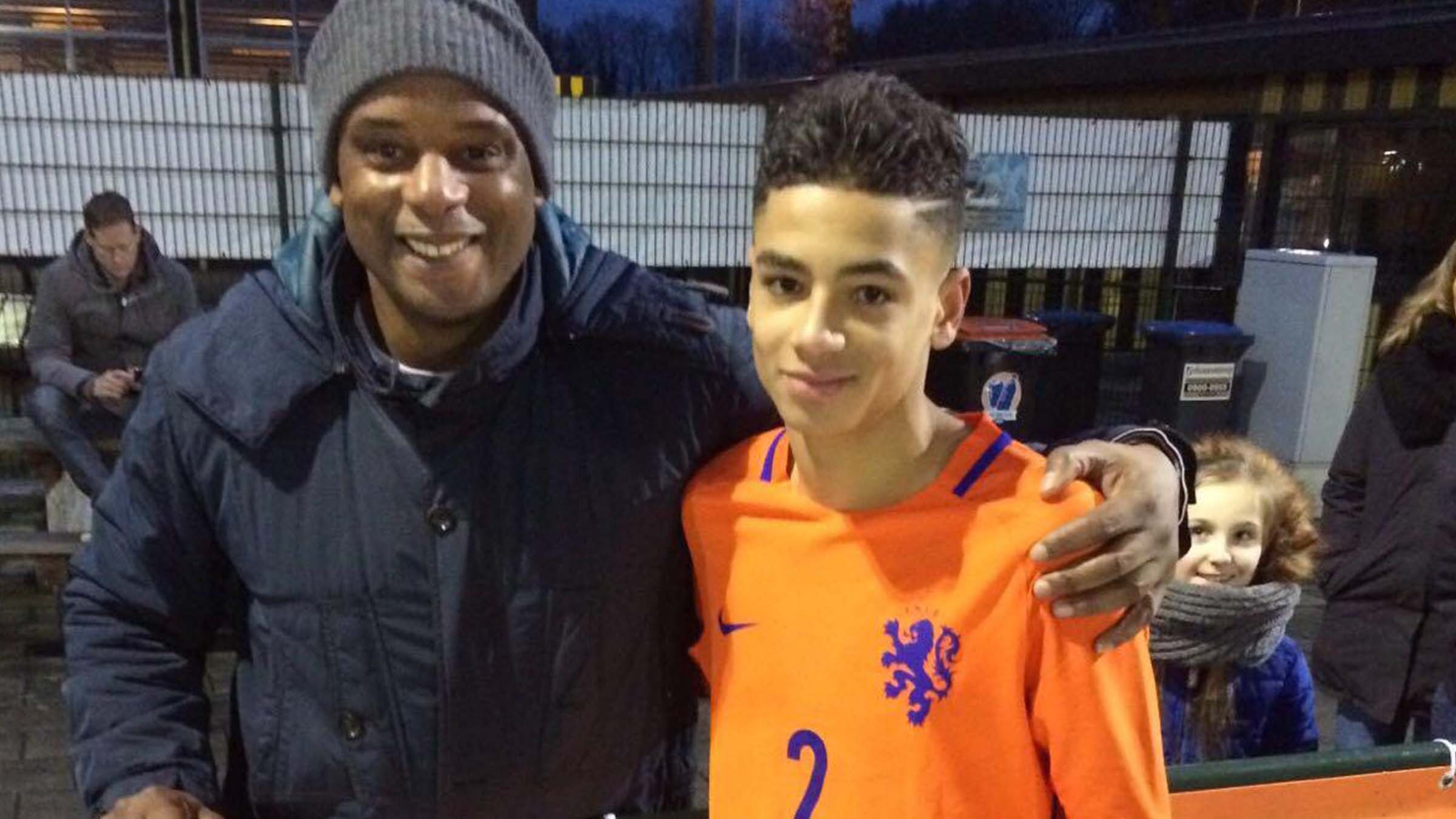 On how his dad coped in Holland

“He was really young when he went to Holland, so for him he knew the language well, but a lot go later in life and have problems. It’s a different culture to Suriname, where he’s from. There can be problems with behaviours, depending on the neighbourhood where you grow up.

“My dad grew up in Bijlmer and that is a black community neighbourhood in Amsterdam. It’s not a terrible neighbourhood, but compared to the whole of Amsterdam, it’s one of the places where things like shootings and accidents happen, more than other places. There’s positives and negatives, but it’s easy to go on the wrong path if you grow up there.

“He had struggles in school, but he always finished, so he hadn’t come to Holland for nothing. He wanted to have a good job and make his mum proud, and I really appreciate that. It wasn’t always easy, he repeated years, but in the end he had the highest school degree, and went on to do a masters, so I’m very proud.”

On challenges he faced growing up

“In the neighbourhood I grew up, there wasn’t a lot of white people, more mixed races, so there wasn’t a lot of racism. However, I remember when I was younger, I went to a friend, he’s still my best friend, Kenneth Taylor, he plays for Ajax, he’s white, his parents are white, and he comes from a little town 40 minutes from Amsterdam.

“When we were younger, I’d stay at his at weekends and during holidays, and I’d see I was the only guy in the town with colour. It was a white town and what you see is people are looking longer at you, thinking, ‘What’s he doing here? He’s not from here’.

“That’s not something which bothered me at that age because we were friends. I didn’t have a problem there, but you feel people looking longer. If he called some friends to play, I’d be the only coloured kid, and you knew why, even then.

“It makes you feel uncomfortable now. When I was that age I didn’t think about it much, I was just with my friend and happy, and didn’t get stressed.”

On equality at Ajax growing up

“I’ve never in a game been shouted at racially, from fans or a player. In the academy at Ajax, there are more black people than white. It’s because black people have a lot of football talent. Most of the time they’re strong and quick, and if I look back, there was a few talents who play at the highest level.

“At Ajax you have all kinds of guys coming together. I was there four or five days a week, almost for the whole day, so you grow up with all kinds of nationalities. It’s just a balance, you have everything, kids from Holland, Suriname, Ghana, Morocco, Turkey, not that they come from there, but their parents do.”

On how the challenges affect him

“As a kid, if something happened, I’d show them what I could do and shut them up. If it happens now, I’m not the type of guy who’d walk off the pitch or get into fights because of it. I know, within myself, they can’t hurt me with these kinds of things because I know what I am and I’m proud of what I am.

“Everywhere I’ve played, there’ve been no issues. Always, we’ve had players from all kinds of countries, and I’ve never had to face it in football. In youth teams, of course, there were always boys who had more colour than me, and they may have different stories, but I never had anyone racially abuse me.” 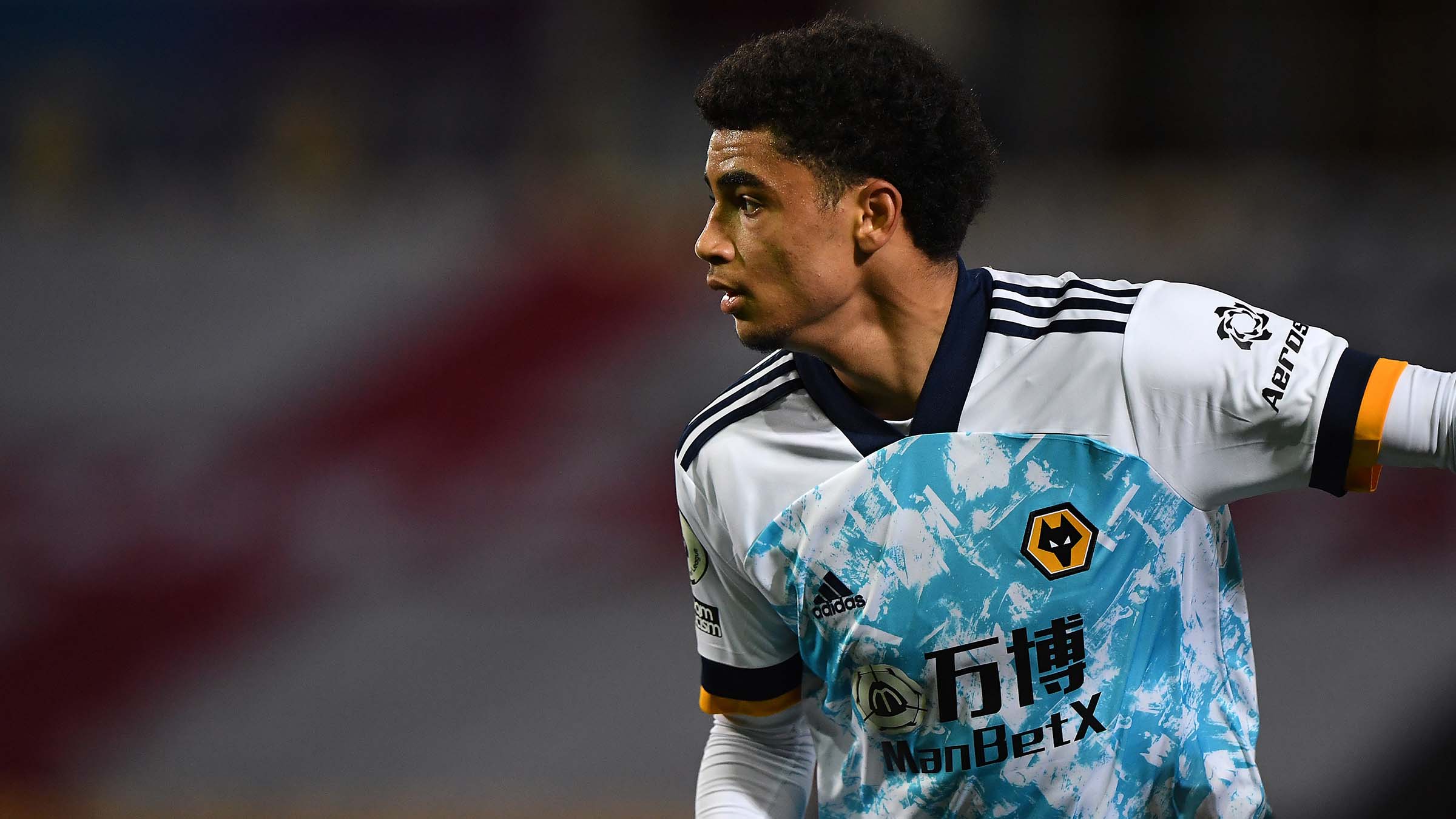 “It can help people learn. You can see yourself in these stories. For the people who aren’t close to it or are living in a neighbourhood where there are no issues, they may think black people are cry babies, but in these stories, they can understand situations more and learn from them.

“In the end, it’s not something that will go away in a few months, it’s something which will take time. As long as everyone keeps sharing stories and does their part, it can get better slowly.”

“It’s really hard because I think a racist will never say they’re a racist, and will just say that they’re joking, and that if they were really racists, they’d be sick, but the most racist people just think they’re funny and think they can make a joke.

“It’s close for a lot of black people, with slavery and stuff. People will say it’s 200 years ago, let it go, but for a lot of people and families, it still feels really close. It’s something you can’t make jokes about.

“In the end, everyone’s the same. We look different, have a different skin colour, but our brains and our hearts work the same. It’s just something that doesn’t need to exist in the world.

“If you see how smart the world is at the moment, and what kind of things are happening, then it’s something which belongs 200 years ago – when people didn’t think well. Now, there’s a lot of smart people on the earth and it really hurts black people, so it’s something that needs to stop. If everyone keeps sharing stories, hopefully it will in time.”

To read the full set of wolves.co.uk’s Black History Month features, click the links below.