The target is to bounce back for Bruno Lage’s Wolves on Sunday when they’ll search for a first Turf Moor win since 2010, and wolves.co.uk presents four Talking Points.

With six games remaining, Wolves remain very much in the hunt for European football, which took a turn for the better last weekend. Crystal Palace’s departure from the Emirates FA Cup left Liverpool and Chelsea as the only two remaining sides in the competition, and for both European football is a formality. That means, the European spot for the winner of the FA Cup shifts to the Premier League, and seventh now qualifies you for the European Conference League. It looks likely to be one of three, with Wolves pushing Manchester United, who they trail by five points, and West Ham United, who they sit three behind. The old gold have a game in hand on both, who have testing fixtures this coming weekend. United are the early kick-off on Saturday and travel to Arsenal, who reignited their Champions League charge recently. The following day, at the same time Wolves play, the Hammers are at Chelsea, who are looking to bounce back from a wounding defeat to the Gunners on Wednesday evening.

Wolves and the Hammers share similar run-ins, with Chelsea, Manchester City, Norwich City and Brighton & Hove Albion still to play. The only differences, Arsenal for West Ham, Burnley and Liverpool for Wolves. Should results, and goal difference, go their way on Sunday, Wolves could finish the weekend in seventh, but a trip to Turf Moor proves easy for very few opponents.

6️⃣ more games to give everything

While many opponents struggle when making the trip up to Lancashire, Wolves have found life particularly difficult at Turf Moor. It’s a stadium the old gold haven’t won at since March 2010, when Matt Jarvis was on the scoresheet for Mick McCarthy’s side. A last-gasp Danny Batth effort did at least earn Wolves a point in 2016, but Nuno Espirito Santo’s Wolves were on the other end of the late drama in July 202, when a dramatic Chris Wood penalty at the death denied the visitors three points in July 2020. Wolves will at least be grateful to not be facing the New Zealand striker, who netted four times against them last season – form he continued as a Newcastle United player recently.

That Wood goal came from the penalty spot at St James’ Park and maintained an unwanted record, as Wolves gave away their 14th penalty of the past two Premier League seasons – no other side has more, with Leeds close behind with 13. It’s an area Wolves will be looking to change, and Jose Sa in particularly, with his foul on Wood making him the first top flight goalkeeper to have conceded three penalties in a single campaign. However, the goalkeeper’s shot stopping has kept him in good credit with Wolves supporters.

It feels like an eternity since Raul Jimenez’s red card against Leeds United – it will have been 37 days by the time Burnley rolls around – but that suspension is finally behind him. The Mexican, who has at least represented his country in that time, returns to the fore on Sunday and will be raring to go. Jimenez missed the Aston Villa and Newcastle clashes, but his return will give Lage food for thought. Fabio Silva is in possession of the shirt, with Hee Chan Hwang and Francisco Trincao either side, but after a disappointing result in the north east, Jimenez could provide a timely boost, likewise Pedro Neto, who was only fit enough for 15 minutes.

That’s not the only area to contemplate for Lage. Nelson Semedo is back in the fray and provides healthy competition to the wing-back areas. Should he come in on the right, Jonny could transfer to the left, where he’s spent much of his Wolves career until recently. The Spaniard has scored twice in his last three games, and should he move to the left, he’ll be getting the nod ahead of Marcal and Rayan Ait-Nouri, who have shared left-wing-back responsibilities this season. However, Lage will definitely be without Maximilian Kilman, Ruben Neves and Daniel Podence, who miss out through injury.

Back in contention for Sunday.

#4 The survival battle is alive

The dismissal of Sean Dyche on Good Friday was greeted by surprise in the football world, but the results since suggest a positive response has been fashioned. Under the temporary guidance of former Tranmere Rovers boss Mike Jackson, the Clarets have picked up a point at Europa League semi-finalists West Ham United and beaten Southampton. Those four points have kept Burnley in the thick of the battle to secure a sixth straight Premier League campaign. The state of play going into the weekend sees Burnley inside the bottom three, just one point behind Everton, but with an extra game played. That victory over Saints however, does bring Leeds United back into the conversation – they’re now five behind the West Yorkshiremen, with a far superior goal difference.

Following on from the win over Everton, Burnley have now scored five goals in their last two Turf Moor games, which is as many as they’d managed in their previous nine Premier League games at home. Jackson has opted against wholesaler changes, James Rodriguez and Wout Weghorst remain the front two, James Tarkowski and Nathan Collins at the back, but the Clarets took the game to the Saints, and had it not been for Fraser Forster between the sticks, the margin of victory would have been greater, so Wolves will know a big challenge awaits. 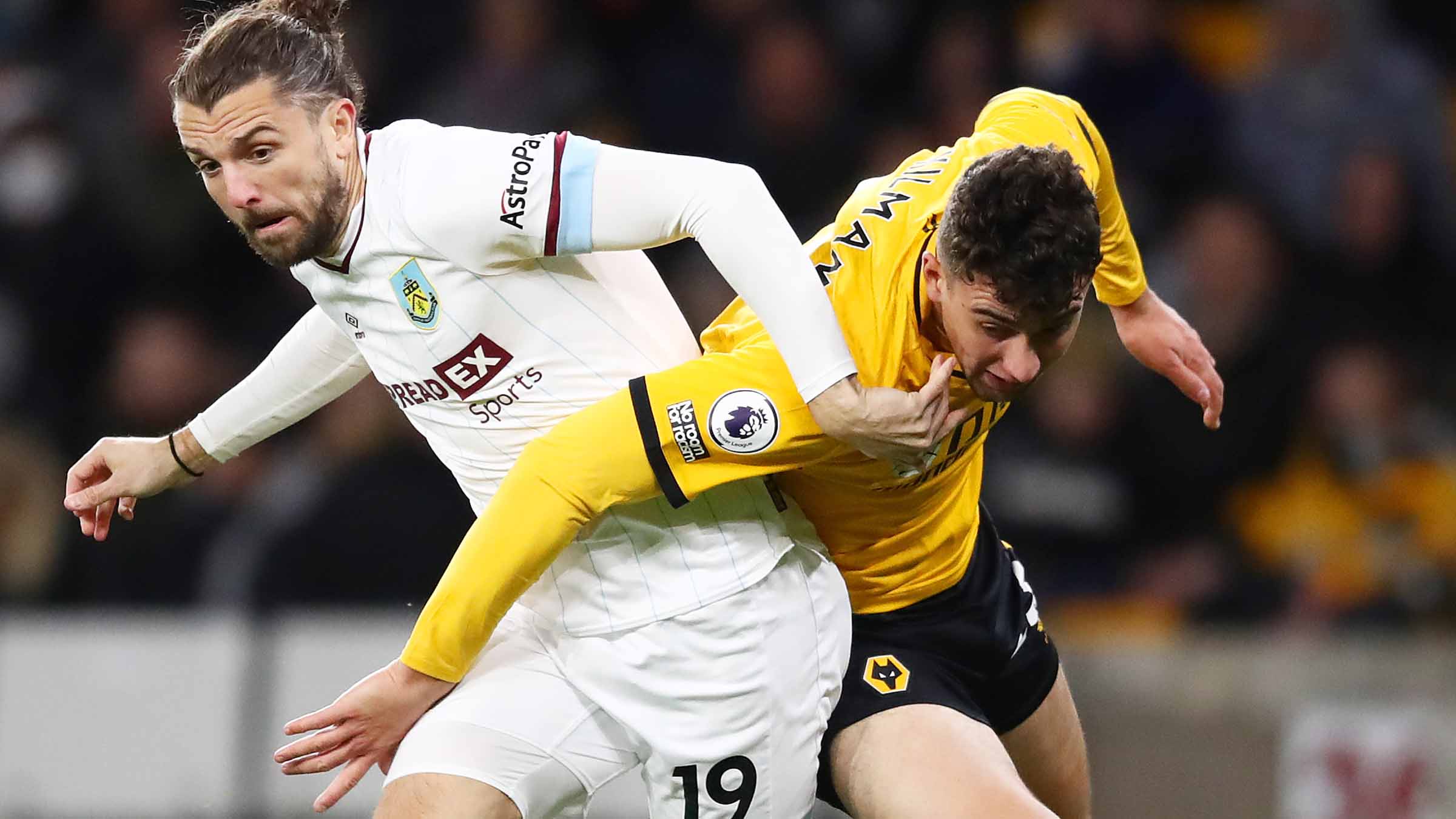