Following an international break which saw many of Bruno Lage’s first-team squad in action, Wolves are turning attention back to the Premier League with the arrival of Aston Villa to Molineux on Saturday afternoon, and here are some of the talking points and before the teams go head-to-head in the latest West Midlands derby clash.

Every so often football throws up occasions which you quite simply can’t believe, which is exactly what happened in the final 10 minutes the last time the two sides met earlier this season, as they played out a thriller at the Villa. Wolves looked dead and buried at 2-0 down with time running out on the clock, but Lage’s men showed guts in abundance to stage the most dramatic of comebacks and claim the West Midlands bragging rights.

But Saturday afternoon’s hosts know all too well what it is like to be on the other end of a late 3-2 loss, which occurred just two weeks ago, with the visit of Leeds United to Molineux. Two goals to the good and cruising, Wolves were undone in a dramatic second-half which saw Raul Jimenez given his marching orders for a second yellow before three goals from the Yorkshiremen, with the last of those coming in added time. If those two results are anything to go by, there’s chance for another extraordinary game at the golden palace.

#2 A lot of history with the Villans

As two of the founder members of the Football League, Wolves and Aston Villa have a long and twisted history. The first ever competitive English match was played between the teams at Wolves’ Dudley Road ground on the afternoon of 8th September 1888, with Villa’s Gershom Cox conceding the first own goal in Football League history to edge Wolves in front. Since then, the sides have gone head-to-head more than 130 times, and although it’s Saturday’s visitors who have the edge when it comes to historic meetings between the sides, Wolves have got on top in recent years.

The side in gold and black have won three of the past five Premier League meetings against Villa, which is as many of Wolves have had in their previous top-flight fixtures between the two. If Lage and his men make it four from six this weekend, they will become the fifth club to win both of their meetings with Villa this season, after Arsenal, Chelsea, Watford and West Ham United. Only Norwich City and Watford have had more teams do the double over them this campaign.

The captain explains why beating Aston Villa earlier this season is in his top three games for the club.

The form of Steven Gerrard's players going into their recent losses to West Ham and Arsenal left them looking ready to make a step up, but on both occasions, they were left narrowly beaten. Defeating the top sides in the division has been a problem for the Villans this season – of the seven teams above them, Villa have only taken points from Manchester United this term. In truth, Arsenal were rarely bothered by their hosts, who had just one shot on target in a game for the fourth time this season, but the Villa Park outfit have shown on other occasions this season their willingness to get amongst the goals.

One of the men who could help his side achieve that at Molineux on Saturday will be Danny Ings. The striker might not have started the last game against the Gunners before the international break as Gerrard switched formation to a single forward and favouring Ollie Watkins in the solo role, but if Ings was reinstated into the line-up, you would be hard to bet against him finding the back of the net. The 29-year-old has scored in his last two Premier League games against Wolves – but ended on the losing side both times. Only three other players have ever scored in three consecutive Premier League matches against an opponent and lost each time. 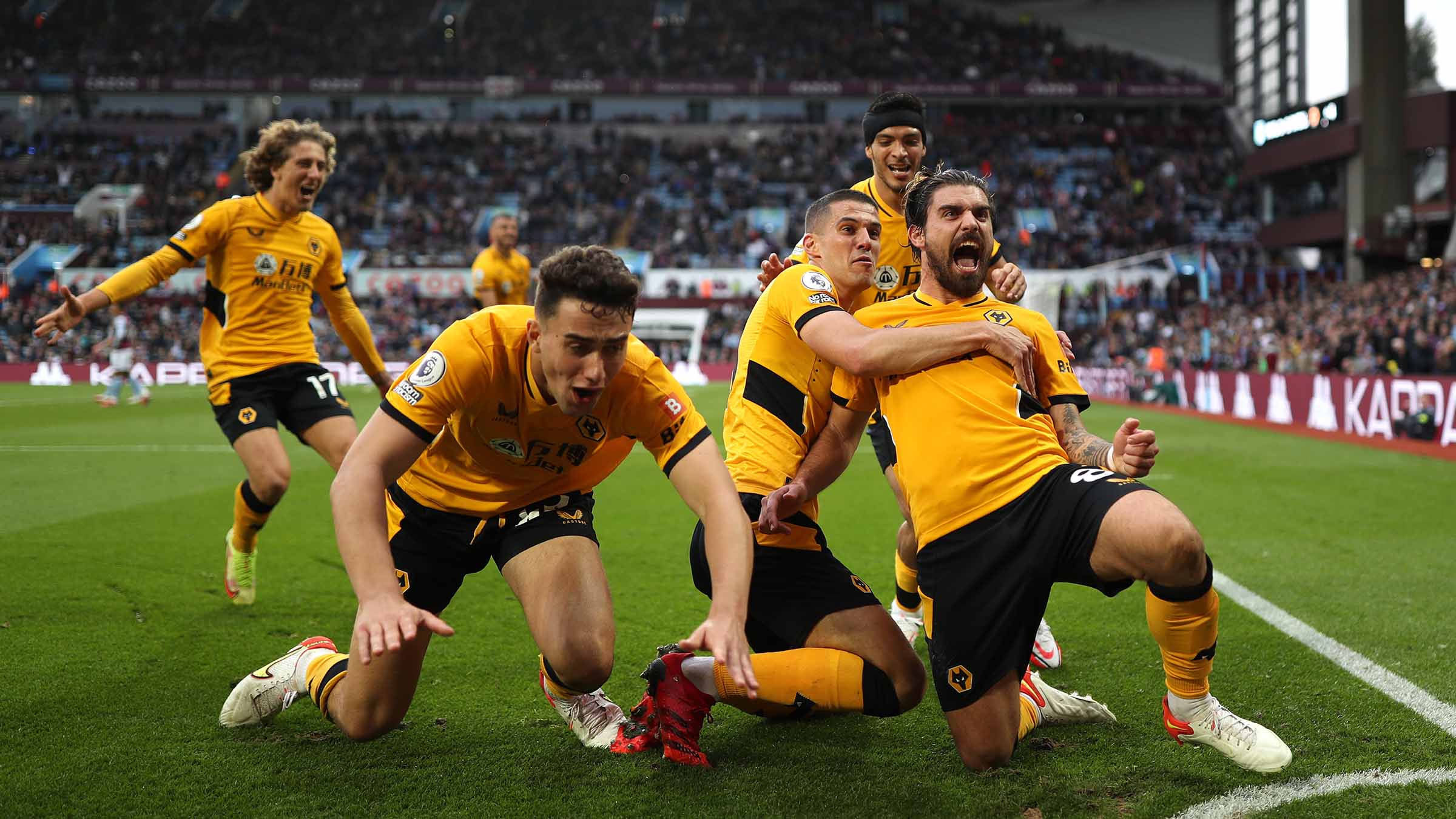 Just over a month ago, as Wolves prepared to face Leicester City at Molineux, Lage would have felt like all his Christmases had come at once, with the head coach being handed a squad which was back to full strength for the first time under his tutelage. Long-term absentees such as Jonny, Pedro Neto and Willy Boly were back in contention and Lage had the difficult decision to make as to which players would not even fill his bench. Fast forward to today, and the list of possible absentees is growing once again.

Nelson Semedo – who is nearing a return to action having trained with his teammates this week – has missed the last five matches having picked up a hamstring injury in late February, before fellow right-back Ki-Jana Hoever suffered the same fate just two games later. Neto had a few minor issues unrelated to his initial knee injury, but like Semedo, he is back in training this week and could provide Lage with another option. Two players who are definitely out of tomorrow’s clash are Ruben Neves and Raul Jimenez, after the midfielder suffered a MCL injury to is knee against Leeds last time out, while his Mexican teammate is serving the first of his two-game suspension having picked up his second red card of the campaign.

Arriving back from internationals.