5 things to know | Chorley vs Wolves

The Emirates FA Cup takes centre stage on Friday night, where Wolves face sixth tier side Chorley in a remake of the pair’s famous 1986 meeting, and here are five things to know before kick-off.

1. Safe hands between the sticks

As is customary in cup competitions under Nuno Espirito Santo, John Ruddy is primed for his latest runout at Victory Park on Friday evening. Since the head coach arrived at Wolves in 2017, he’s rotated his goalkeeper, and this season has been no different, with Ruddy returning for the Carabao Cup tie with Stoke City in September and in the previous Emirates FA Cup round against Crystal Palace. Against the Eagles, Ruddy didn’t have to make a single save, but impressed in other areas, showing typical dominance of his box, claiming a series of set pieces in the air, as the visitors applied pressure late on.

Elsewhere, Nuno resisted from making wholesale changes against the Eagles, but with a trip to Chelsea on the horizon on Wednesday, will that remain the case? Morgan Gibbs-White and Patrick Cutrone will be keen for more opportunities to impress following their returns, while Maximilian Kilman, Rayan Ait-Nouri and Ki-Jana Hoever are all waiting in the wings, should Nuno opt to add fresh legs to the group in Lancashire. 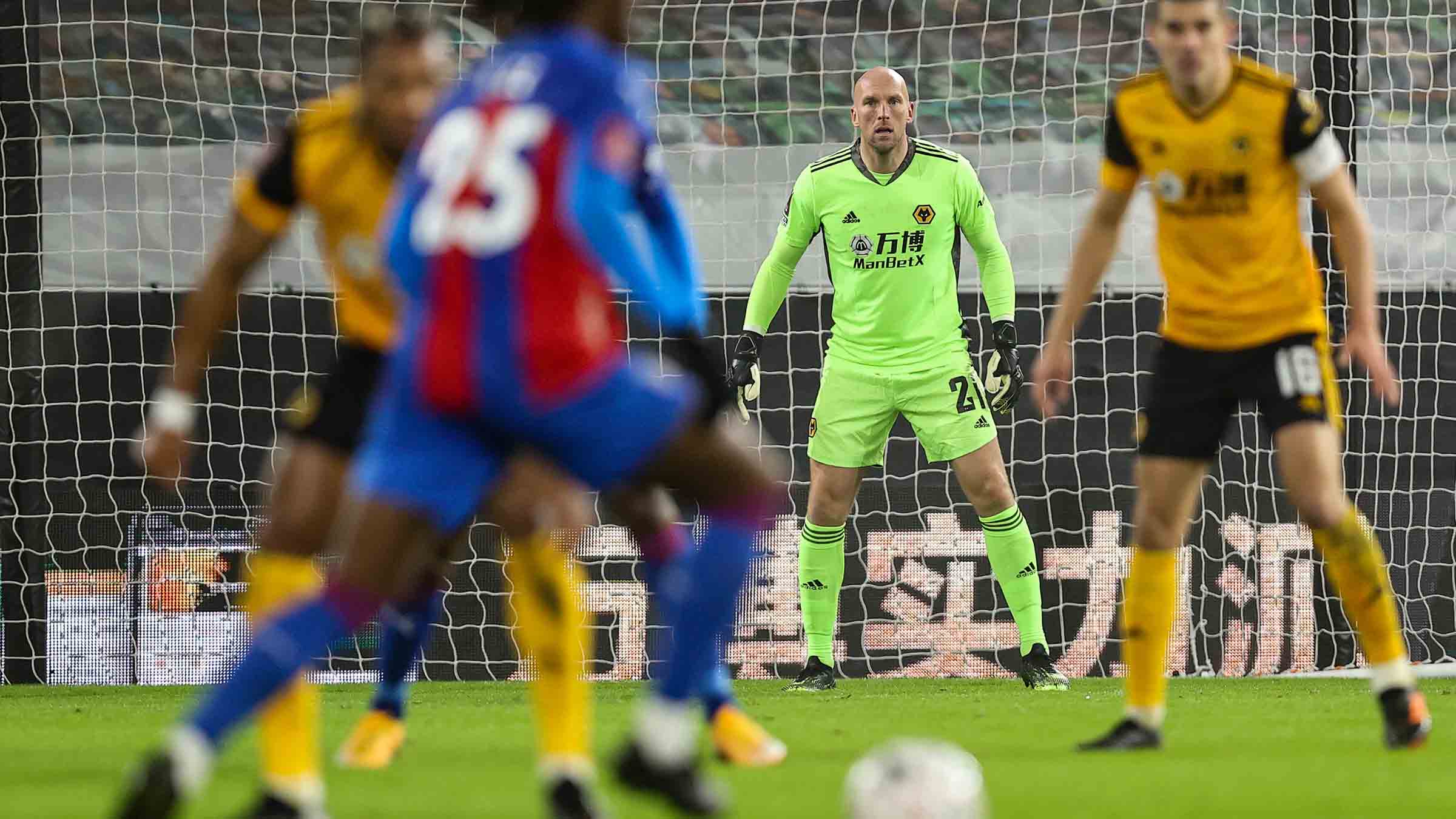 Earlier this week, as training attention turned to Chorley, Wolves supporters were treated to an extremely welcome sight – that of Jonny returning to the group. The Spaniard has been out of action since August, when he suffered an ACL injury against Olympiacos in the Europa League. After four months of hard rehab, Jonny re-joined the group for the training warm-up on Wednesday, which sparks hope that a return may not be too far away. The 26-year-old has been one of Wolves’ most consistent performers since his arrival in 2018 and will be keen to make up for lost time when his long-awaited return to action occurs.

Although the Chorley game will be too soon for Jonny, Owen Otasowie did return to training and featured in the mini games Nuno’s group regularly enjoy at Compton Park. The American has been out of action since 2nd January, but a fifth appearance may well be on the agenda at Victory Park.

The excitement of the fourth round draw has brought mixed outcomes for Wolves in recent years, with the club’s last two ties at this stages coming at Liverpool and Shrewsbury Town. The circumstances were very different, as were the events which followed, but crucially, the old gold found a way, one way or another, to progress. Back in 2017 Wolves, a Championship club at the time, stunned Liverpool at Anfield thanks to goals from Richard Stearman and Andreas Weimann.

Two years later, and to Nuno’s only previous fourth round FA Cup tie, Wolves were in Shropshire for a duel with League One side Shrewsbury. On that occasion, the Shrews caught Wolves out and raced into a two-goal lead. Nuno required the assistance of Raul Jimenez off the bench and an injury-time Matt Doherty equaliser to rescue the tie and secure a replay. Then at Molineux, the Shrews found themselves 2-1 ahead, but thanks to more Doherty contributions and an Ivan Cavaleiro winner, Wolves eventually saw off their plucky opponents.

That duo of fourth round victories banished memories of a less fruitful run at the same stage in the past. Between 2004 and 2011 Wolves made it to the fourth round on each occasion but went on to win just one of their eight fourth round ties at the point – a 4-1 success at Watford in 2008.

Take one last look at our journey to Wembley!

Wolves and Chorley have met before, famously, in the FA Cup – memories of which will haunt those following the old gold at the time. With Wolves languishing in the fourth tier and at their lowest ebb, non-league Chorley took full advantage to create what many deem the greatest day in the club’s history. After a pair of draws the tie went to a second replay in Lancashire, where Chorley were ruthless. Historian Clive Corbett delved into the story deeper for wolves.co.uk earlier this week.

That was in 1986. Wolves will be keen that 2021 is a much more enjoyable experience for their loyal supporters, many of whom will have been watching on that day 35 years ago.

Up next: The @EmiratesFACup

Read up on the story of Chorley vs Wolves, from Graham Turner, Steve Bull and more.

5. Play your part in history

Along with magical memories created, the FA Cup is also a welcome source of income, particularly for non-league clubs, but behind closed doors football has clipped that positive, unfortunately. Marine, who drew Tottenham Hotspur in the third round, showed how souvenir e-tickets can soften that blow, raising a large amount of vital funds, and Chorley have followed suit ahead of Friday. The tie will be Chorley’s first appearance at this stage of the competition and Wolves supporters can become part of the occasion by purchasing e-tickets for £10. To buy a ticket, visit chorleyfc.ktckts.com.