5 things to know | Wolves vs Palace

Unbeaten in their past three Premier League matches, an ever-improving Wolves will hope to continue their evolution on Friday evening, and with plenty of talking points ahead of the 8pm kick-off, here are five things to know before Nuno Espirito Santo’s side take on Crystal Palace at Molineux.

Despite being denied a third successive league win on Sunday after Jacob Murphy’s late equaliser for Newcastle United, Nuno was still pleased with his side having taken seven points from a possible nine from their those games, while also putting in a much-improved performance throughout the 90 minutes. Wolves were better in possession, controlled the tempo and managed the game against the Magpies, while Raul Jimenez continued his stunning form in front of goal, netting his fourth of the season.

However, there is still more work to be done, but that is to be expected in the transitional period that Wolves are currently going through. Wolves had 16 shots on Sunday but only managed to get three of those on target, which shows the side are being creative in attack, but they defended stoutly against Newcastle. Although a lack in judgement from one free-kick allowed their opponents to score from one of only two shots they had on target all match. Getting better game by game has always been Nuno’s mantra, and he will hope for further improvements on Friday night. 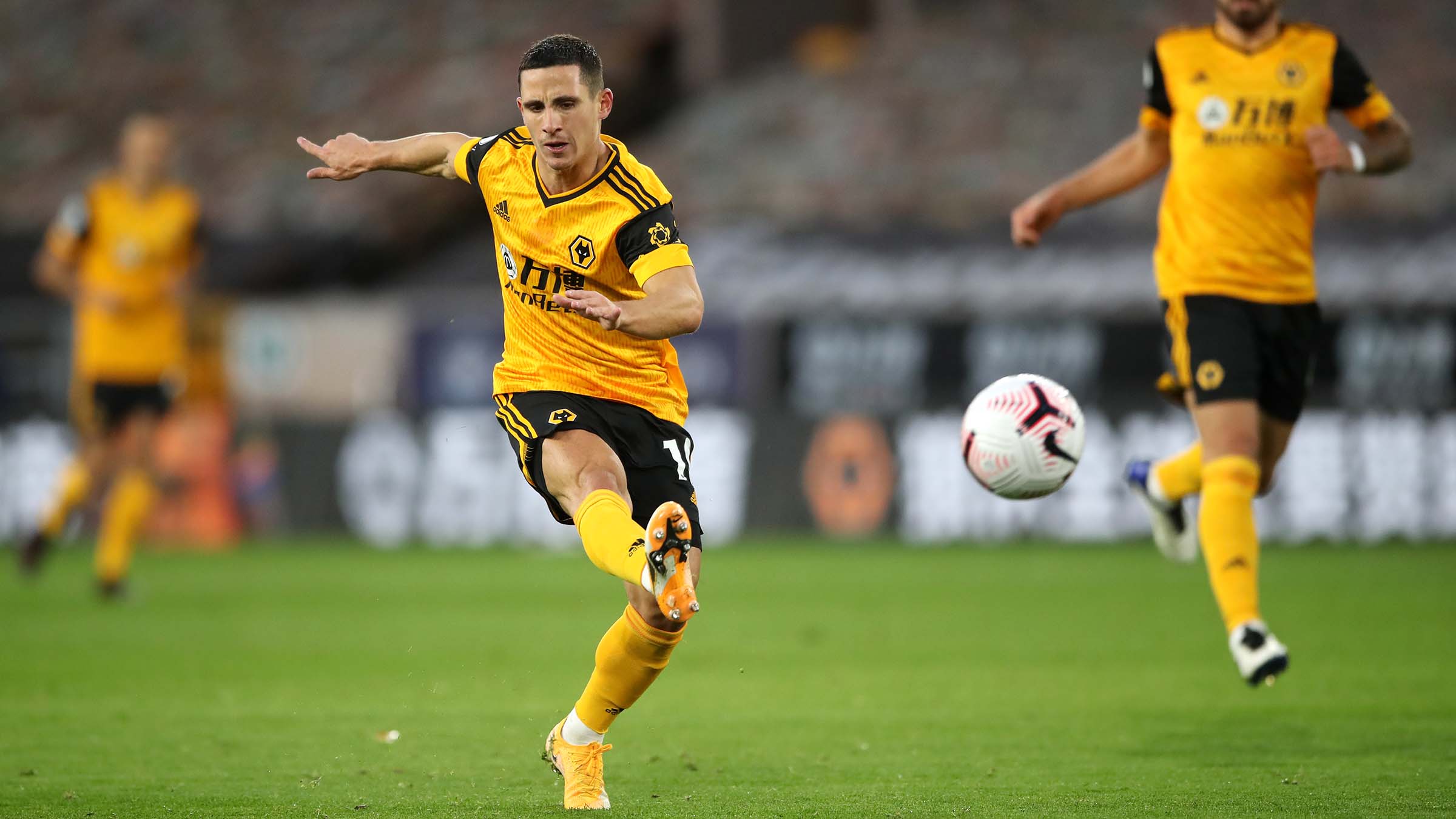 Crystal Palace currently sit level on points with Wolves following their 2-1 win against Fulham on Saturday, with that victory ending a three-game winless run for the Eagles, and the recent record for both teams in this fixture is a mixed one. The last three times the sides have faced each other, they both have identical records – each with a 2-0 win, a 1-1 draw and a 2-0 loss.

Even going back throughout history, Wolves and Palace both have similar records in both wins, losses and draws, with the two clubs evenly-matched. So far this season, both teams have three wins, two losses and a draw, with almost matching goal differences, although Palace have seen more goals in their games – more than 2.5 in their last three away matches, while there have been under 2.5 goals in 13 of Wolves’ last 16 top-flight fixtures. This makes Friday’s match impossible to predict, especially in a Premier League season which has already shown that almost anyone can beat anyone.

With an almost full fit squad to choose from, Nuno will have a tough decision to make regarding his starting line-up when the Eagles come to Molineux on Friday night. Jonny remains the only concern for the hosts, but Adama Traore, Joao Moutinho and the returning Marcal, all of whom came off the bench in Sunday’s stalemate with Newcastle, will be pushing for a starting spot. If Marcal was to play from the start against Palace, it would mean one of Romain Saiss or Maximilian Kilman would have to settle for a place on the bench.

Palace, on the other hand, have several injury headaches, with Connor Wickham, Nathan Ferguson, Gary Cahill and former Wolves keeper Wayne Hennessey all set to miss the trip to Molineux. Jordan Ayew will be assessed after missing the last two league matches following a positive Covid-19 test, but Jack Butland will have to wait to make his first Palace appearance having tested positive for coronavirus. While Roy Hodgson will have to wait for assessments on Jairo Riedewald, James McCarthy and James Tomkins.

We have all the options available. We prepare and tomorrow we’ll decide. It’s good to have options, versatile players. There is no player under threat in our squad, everybody’s ready, everybody’s committed and everybody’s anxious to play, so let’s decide and play well.

4. A STARTER BEFORE THE MAIN COURSE

Tomkins was one of three Palace senior stars to feature against Wolves for the under-23s on Monday afternoon, as the Eagles ran out 2-1 winners over the side in gold and black in the latest Premier League 2 clash. Ahead of the match, Wolves under-23 boss James Collins was expecting Palace to drop first-team players into the team for the match at Selhurst Park, and so it was to be with Tomkins, Martin Kelly and Christian Benteke lining up for the home side.

It was the latter of the three who gave Palace the lead, with Benteke firing Palace in front, seconds after Wolves had a chance of their own through one of their senior players who dropped into the development squad for the match – Vitinha, as the Portuguese midfielder was full of energy, as well as showing good touches and composure in the centre of the park. Although both outfits played a similar style to their respective first-teams, Friday’s game should be a much different affair, and one Wolves will hope will be in their favour.

For the first time since lockdown, Wolves will see one of their Premier League matches not being available to watch with a usual Sky Sports of BT Sport package, with the clash against Crystal Palace set to be shown via pay-per-view on BT Sport Box Office, with coverage starting from 7.45pm on Friday evening. However, supporters who do not wish to, or cannot watch the game, still have access to Wolves’ free Matchday Live Extra offering,

The hugely popular free matchday video show comes live from Molineux with Mikey Burrows and his WolvesTV co-commentator Andy Thompson being joined via video link by usual guest panellists Chris Iwelumo and Carl Ikeme, as well as a range of special guests. As always, the panel give their expert opinion on all things old gold as they preview the Premier League tie as well as provide half-time and post-match analysis. To get a taste of what is to come on Friday night, check out the Trending Topics from Sunday’s draw with Newcastle.