Wolves vs Sevilla | 5 things to know

As Wolves head to Germany for a Europa League quarter-final with five-time champs Sevilla, here are five things to know ahead of Nuno Espirito Santo’s side’s 17th game in the competition on Tuesday night.

It’s rare that two clubs who are almost a century-and-a-half old have never met before, but that is the case ahead of Wolves taking on Sevilla at the MSV Arena in Duisburg tomorrow evening. Despite this being the first contest between the two historic clubs, neither are unfamiliar with taking on teams from their respective countries. Wolves have already overcome Spanish opposition this season, eliminating Espanyol in the round of 32. Their only other tie against a club from Spain came back in the 1959/60 European Cup quarter-final and a meeting with Barcelona.

While English teams have been frequent adversaries for Sevilla in recent years, with results largely favouring the Andalusian side. Notable victories against Liverpool in the 2016 UEFA Europa League and Middlesbrough in the UEFA Cup a decade earlier have helped Sevilla to a record of just one loss in six games against Premier League opposition – a 2-0 loss at Leicester City in the 2016/17 UEFA Champions League round of 16.

Ready for a big couple of weeks.

Although Wolves have a wealthy history in Europe – we all know about the 1950’s floodlit friendlies at Molineux which led to the creation of the European Cup – the old gold are in their first European adventure for 39 years, having gone out at the first hurdle of the 1980/81 UEFA Cup after winning the 1980 League Cup. Wolves are also this season’s only Europa League debutants – starting their season in the second qualifying round back in July 2019 – to still be in the competition, as they look for a place in their first European semi-final since 1972.

In those decades of Wolves’ European absence, Sevilla have gone from strength to strength, and will be on a quest for a record fourth Europa League title to go with their two UEFA Cups when they take on Nuno’s men in the German city of Duisburg, which was also the venue for their round of 16 victory against Roma. No team has won as many UEFA Cups/Europa Leagues in the past 15 years than ‘Los Nervionenses’, starting their dominance in the 2005/06 UEFA Cup against Middlesbrough, before retaining the title the following season against Espanyol. Sevilla made it three successive Europa League titles between 2013 and 2016 with final wins against Benfica, Dnipro and Liverpool. 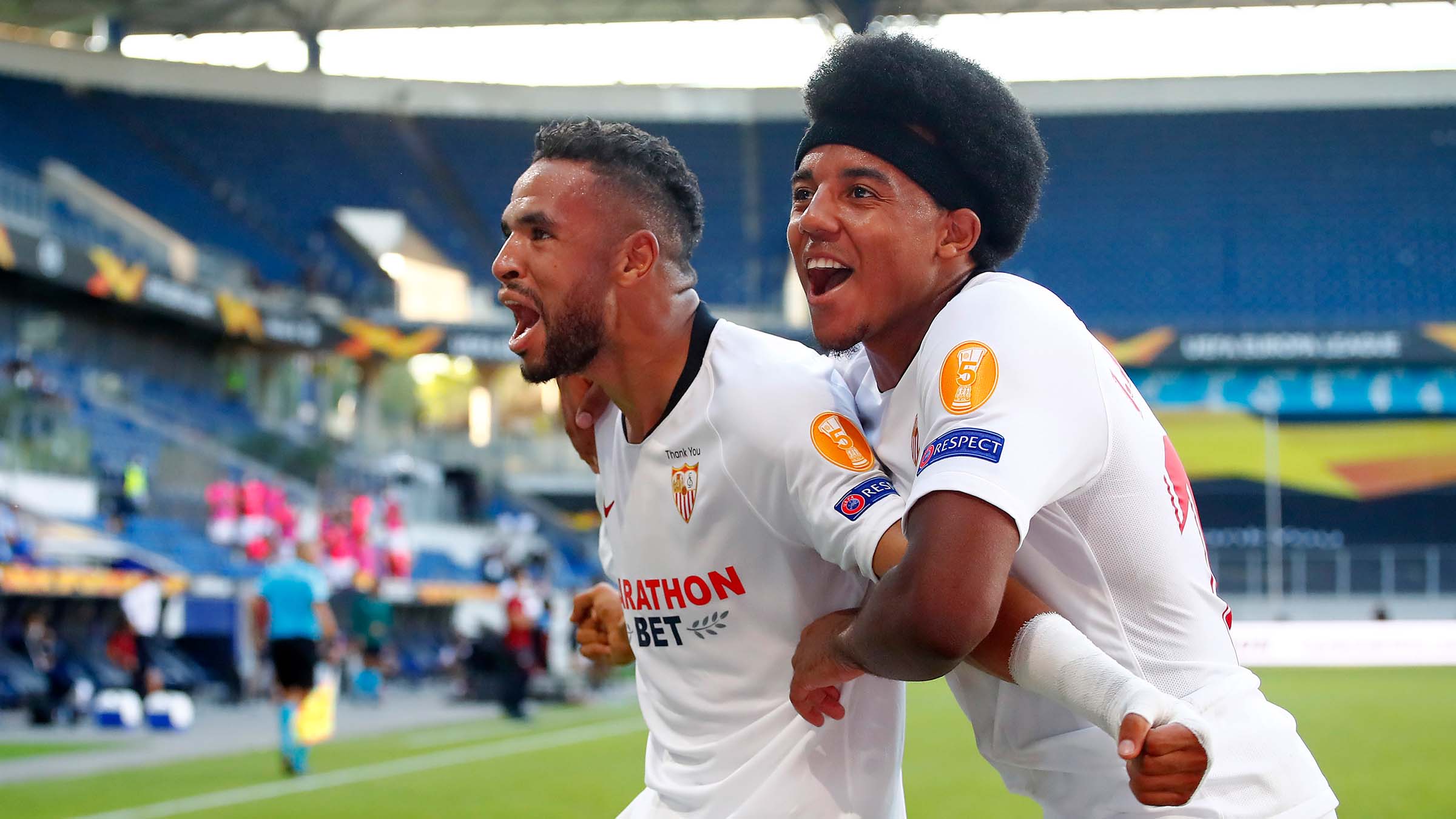 3. DREAMING OF A FINAL

One of the most experienced members of Nuno’s squad is goalkeeper Rui Patricio. Portugal’s number one is no stranger to European football, having made 107 appearances in UEFA competition during his career, featuring in all but one season during his time at Sporting CP. The highlight of his continental time at Sporting was when the team reached the UEFA Cup semi-finals in 2011/12.

But the shot stopper, who put in an outstanding performance in the round of 16 second leg against Olympiacos on Thursday night to secure his side’s place in Tuesday night’s quarter-final, has his sights set on going further than he ever has before in the competition with Wolves.

Three members of Sevilla’s squad have experience of playing in England, with Jesus Navas representing Manchester City between 2013 and 2017), Suso was at Liverpool from 2012 to 2015 and Luuk de Jong spent time with Newcastle United in 2014. Elsewhere among the squads, Youssef En-Nesyri and Yassine Bounou are all Moroccan international teammates with Wolves’ Romain Saiss.

Wolves have two Spanish players in their squad who have represented La Liga clubs, with Adama Traore coming through the Academy at Barcelona, while Jonny – who will miss the rest of the Europa League due to an ACL injury suffered on Thursday night – spent five years at Celta Vigo between 2012 and 2018. While Wolves head coach Nuno worked in Spain with Valencia from July 2014 to November 2015, following a stint at Porto, which is also a former club of his Sevilla counterpart Julen Lopetegui.

In the only quarter-final to feature two teams who began their 2019/20 European season in the UEFA Europa League, rather than falling out of the Champions League, Nuno will be forced into making changes to his line-up. Jonny’s absence is likely to see Ruben Vinagre – who has appeared 12 times and scored twice in this season’s Europa League – come in at left wing-back. The yellow card Daniel Podence picked up against Olympiacos will see the Portuguese winger suspended for the quarter-final, which could see either Diogo Jota – one of the competition’s top scorers, with six goals – or Pedro Neto take his place.

As for Tuesday’s opponents, Lopetegui has an almost fully available squad to chose from, which the exception of Nemanja Gudelj, who tested positive for Covid-19 head of the round of 16. The Spanish outfit are expected to name the same starting 11 which claimed a 2-0 win against Roma last time out, but Munir El Haddadi and Luuk de Jong are pushing for starts in place of Suso and Youssef En-Nesyri respectively, but the latter was on the scoresheet in the last 16 and has now netted 10 times in all competitions this term, so is likely to keep his starting spot.