After making it two wins from two since the return of the Premier League last week, Wolves will be hoping to continue their positive form at Villa Park on Saturday. Here are five things to know ahead of the only top-flight tie of the day.

Another Premier League game led to another win for Wolves on Wednesday evening, with Raul Jimenez and Adama Traore linking up once again to sink the Cherries. With victory against Bournemouth, Nuno Espirito Santo’s men continued several impressive runs. It has now been seven Premier League games without defeat for Wolves, who also kept yet another clean sheet, their sixth in those seven matches and fourth in consecutive home games; the first time the old gold has done this in the top-flight of English football since February 1980.

That statistic was made even more impressive by the fact that the defence didn’t even allow Bournemouth a single shot on target. Wednesday’s clean sheet – the 10th of the campaign – also set Wolves’ new Premier League record for shutouts, beating the nine which were kept by Rui Patricio and John Ruddy in the 2018/19 season. While Saturday’s opponents have kept just one clean sheet in their last 12 Premier League games.

In earning all three points against Bournemouth just two days ago, Jimenez and Traore showed that if a good thing works, then just keep doing it. Both of the Mexican's goals since the Premier League restart have been almost identical copies of each other, with the flying Traore taking on two markers in the left-back position, getting to the byline and then lifting a cross to the far post where the ball is met by the head of Jimenez. However, against the Cherries, the goalscorer had much more to do as he was able to out-jump two defenders to power his header beyond the gloves of Aaron Ramsdale.

Jimenez’s winning goal – the fourth in his last five league appearances – also continued an individual record for the number nine. He extended Wolves’ single-season Premier League goalscoring tally by notching his 15th league goal this campaign, and his 24th in all competitions – the most scored by any other Premier League striker. After breaking the previous 13 goal record, set by himself last season, Nuno dared his striker to keep the run going.

“I’m happy that he broke the club record, but I’m challenging him and the team because he can improve it, so let’s go and try it.”

3. THE BEST OF OUR TIMES

Heading into the 2019/20 campaign, many people questioned whether Wolves could match the scintillating form they showed in their first season back in the Premier League following their stunning promotion from the Championship, especially with the addition of European football and everything that comes with playing Thursday-Sunday and travelling to far flung reaches of the continent.

Yet not only have Wolves equalled last season’s showing, but Nuno’s boys have done even better, with their tally of 49 points after 31 Premier League games being the club’s best ever record. Add a place in the last 16 of the Europa League to that - as well as a possible quarter-final appearance in European football for the first time since a 3-2 aggregate win over Juventus in 1972 - and you have all the ingredients for one of Wolves' most successful seasons in the past 50 years. 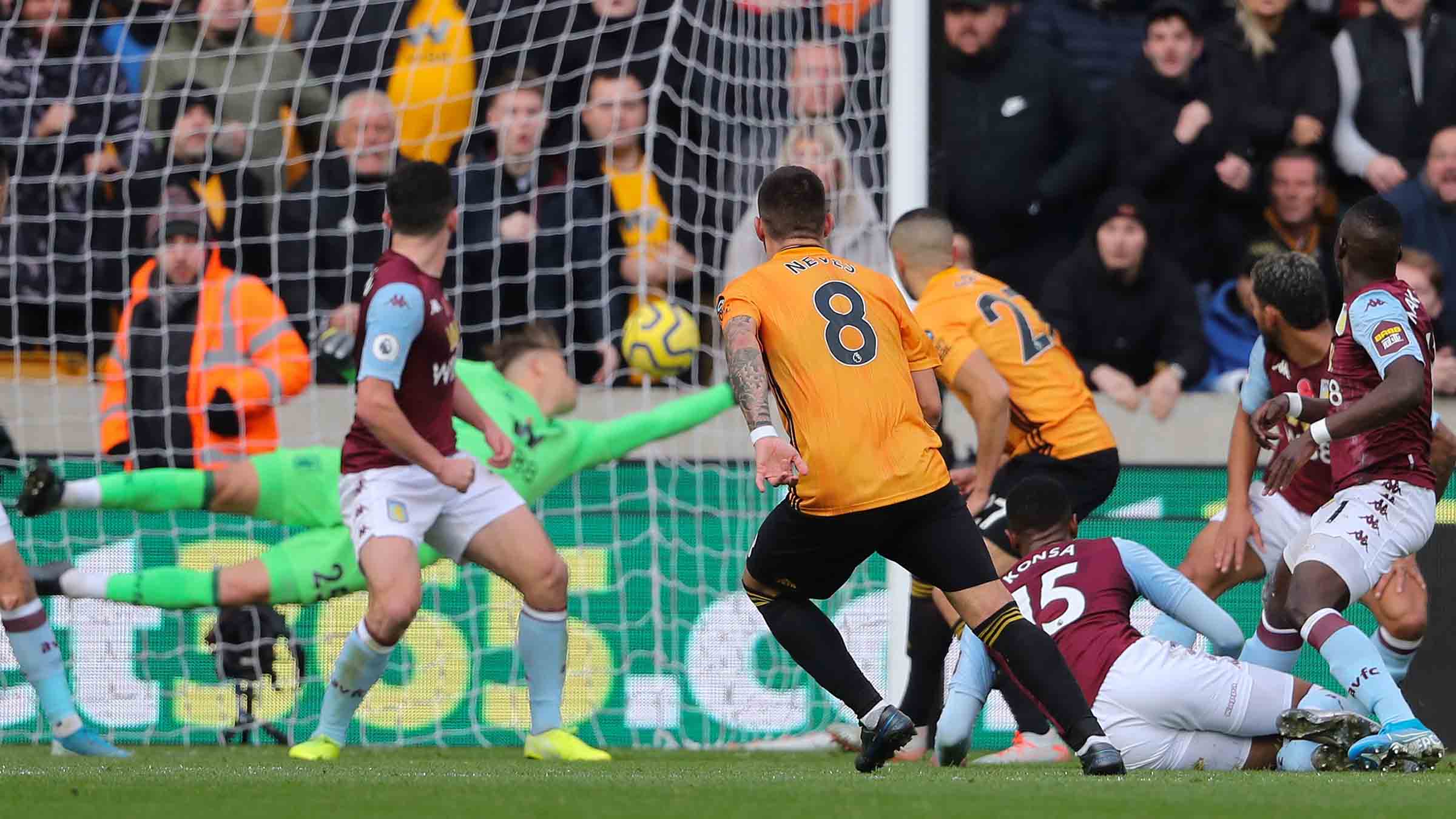 Once again, football will experience it’s ‘new normal’ this weekend, with supporters unable to attend matches and strict social distancing protocols taking place inside stadiums to make sure the 300 players and staff who are in attendance are as safe as possible. In a move to help Wolves supporters settle into the new routines of watching their beloved side from home, we have launched Matchday Live Extra, a new video show which features pre-match build up, full kick-by-kick commentary of every Wolves match, as well as half-time and full-time analysis, and even an exclusive player interview following the final whistle.

Launched ahead of Wolves’ trip to West Ham United last week, the show sees regular hosts Mikey Burrows, Andy Thompson and Chris Iwelumo joined by Wolves players past and present, as well as other special guests to bring a Wolves matchday into your homes. In the first two shows, guests have included Matt Jarvis, Michael Kightly and Rob Edwards, as well as entertaining interviews with Pedro Neto - following his wondergoal at the London Stadium - Conor Coady and Adama Traore, who gave great insight into his relationship with Raul Jimenez after the pair linked up for vital goals twice in as many matches.

5. FOCUSED ON THE VILLA

Although they are without a win in their last seven league matches, drawing two and losing five, Aston Villa should not be underestimated, especially at Villa Park. The Villains are undefeated in their last four home meetings with Wolves in all competitions, winning two and drawing the others. Since Nuno took the reins at Wolves, the games between the two sides have been hard to separate, with both teams having twice taken victories.

Villa earned a 4-1 win back in March 2018, before following that up this season with a 2-1 win in the Carabao Cup against a second-string Wolves side, while the old gold had a 2-0 result go their way in 2017, before wining this season’s reverse fixture 2-1 at Molineux. Following full-time on Wednesday, the minds in the Wolves camp were already shifting focus to Saturday’s match, with Jimenez full of confidence that his side will do everything possible to make it three wins from three following the Premier League restart.