After four games away from home, Wolves now play at Molineux twice in tour days as they return to the Golden Palace on Sunday afternoon for a clash against Aston Villa following Thursday night’s Europa League success. Here are five things to know ahead of this weekend’s Premier League match.

It will be the first West Midlands derby in the top flight of English football for almost four years when Wolves invite Aston Villa to Molineux on Sunday after West Bromwich Albion faced those in claret and blue back on 23rd January 2016 in a goalless draw. Since then, Wolves have faced Villa twice at Molineux – both times in the Championship, where the home side came out on top thanks to a Joe Mason goal in January 2017 which secured a 1-0 win, before a Nuno Espirito Santo-led Wolves team put two past Villa in October 2017 through Diogo Jota and Leo Bonatini. However, it’s Villa who have had Wolves’ number in the top-flight, remaining unbeaten in nine games at Molineux since a 3-1 defeat in May 1978. 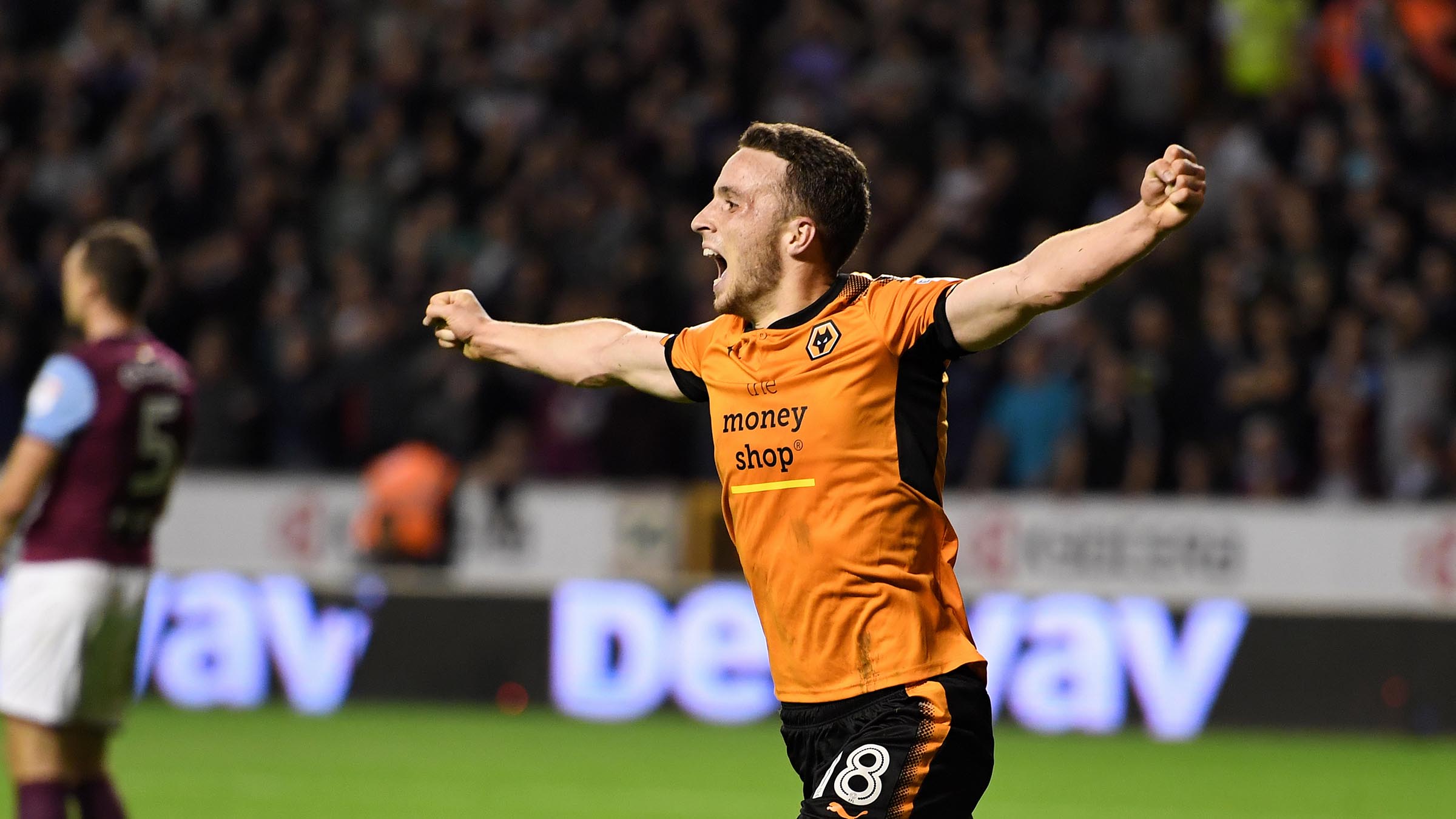 Adama Traore is one face who will be very familiar to the travelling Villa supporters having made 10 Premier League appearances for the Villa Park club during the 2015/16 season. Following a move from Barcelona, Traore had an injury prone year at Villa, with all of his top-flight appearances coming from the substitute’s bench, with Villa drawing one and losing nine of those matches during a season the club dropped out of the Premier League. However, the Spaniard has turned his form around while at Molineux, becoming one of the key players in Nuno’s side this season, culminating in his two goals to seal a memorable win against Manchester City in October which saw the speedster nominated for Premier League Player of the Month.

Wolves go into Sunday’s match aiming to remain unbeaten in seven successive top-flight fixtures for the first time since March to April 1974 having come from 1-0 down to draw 1-1 in each of their last three league games. Nuno’s men have also scored in 10 consecutive top-flight fixtures this season for the first time since 1972, with a league-high 86 per cent of those goals coming in the second-half of games. On the flip-side, Villa have the joint-best first-half record in the division, and if games finished at half-time, they would have earned the equivalent of 22 points. However, 15 of the 18 goals conceded by Villa this season have come in the second-half and have dropped 11 points from winning positions – more than any other Premier League side. Wolves striker Raul Jimenez could make a personal record this week, as he is poised to become the second Mexican player to make 50 Premier League appearances, emulating Javier Hernandez. 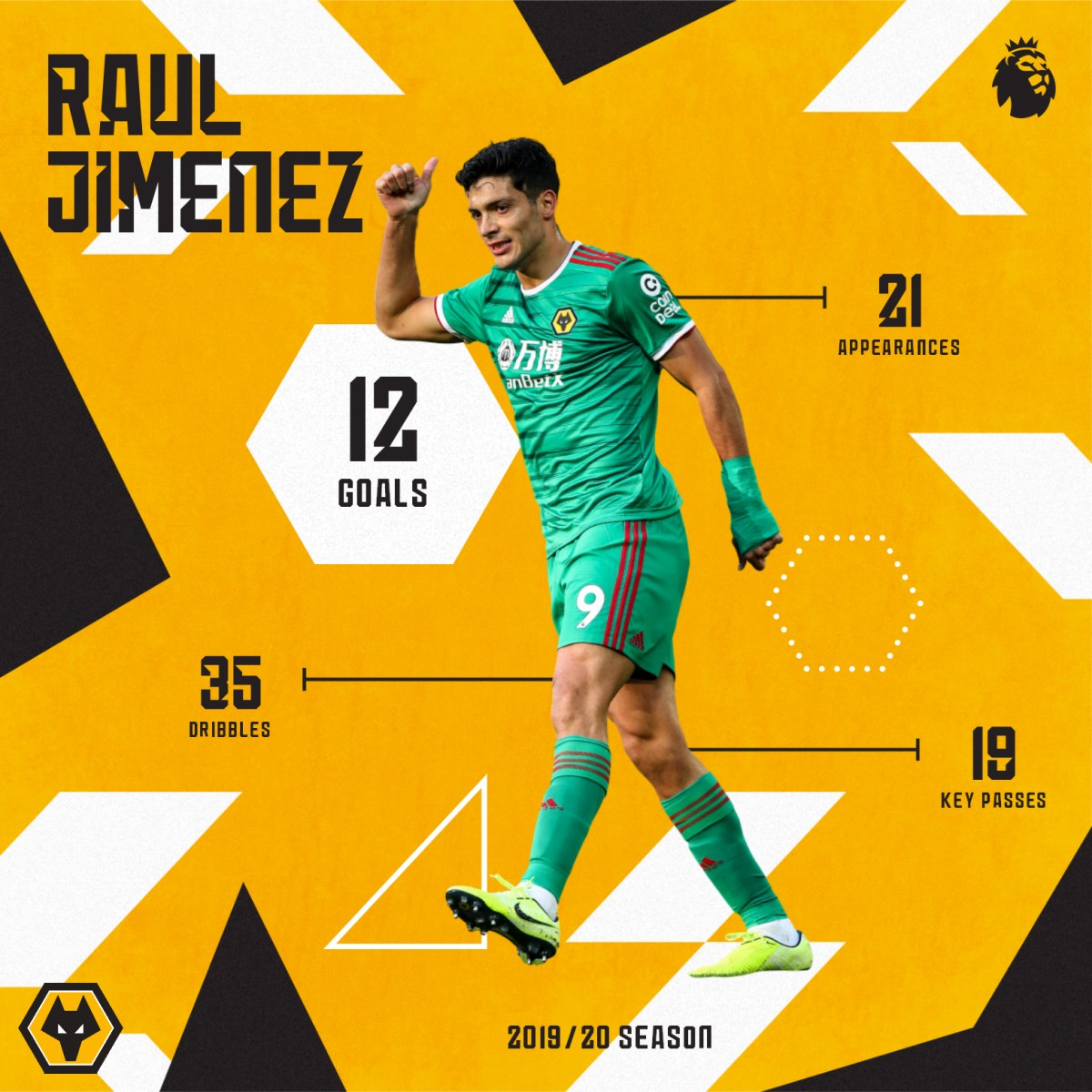 Wolves sent a much-changed side to Villa Park in the last round of the Carabao Cup, but Nuno is expected to revert back to his regular line-up on Sunday. The head coach could hand a start to Ryan Bennett after the defender made his return from a groin injury as a late substitute against Slovan Bratislava on Thursday. Morgan Gibbs-White has a lingering back problem and is a fitness doubt, while Nuno confirmed Romain Saiss also had a slight knock which relegated him to the bench on Thursday. For Villa, their captain Jack Grealish is still feeling pain in his calf and could be back involved on Sunday, while Frederic Guilbert should overcome a dead leg to keep his place and Jota has returned to training three weeks after hernia surgery.

One of the Wolves players who will be hoping to maintain his place in the starting line-up from Thursday night’s Europa League win over Slovan Bratislava is Ruben Vinagre, and the Portuguese wing-back is looking forwards to experiencing a derby day atmosphere at Molineux. 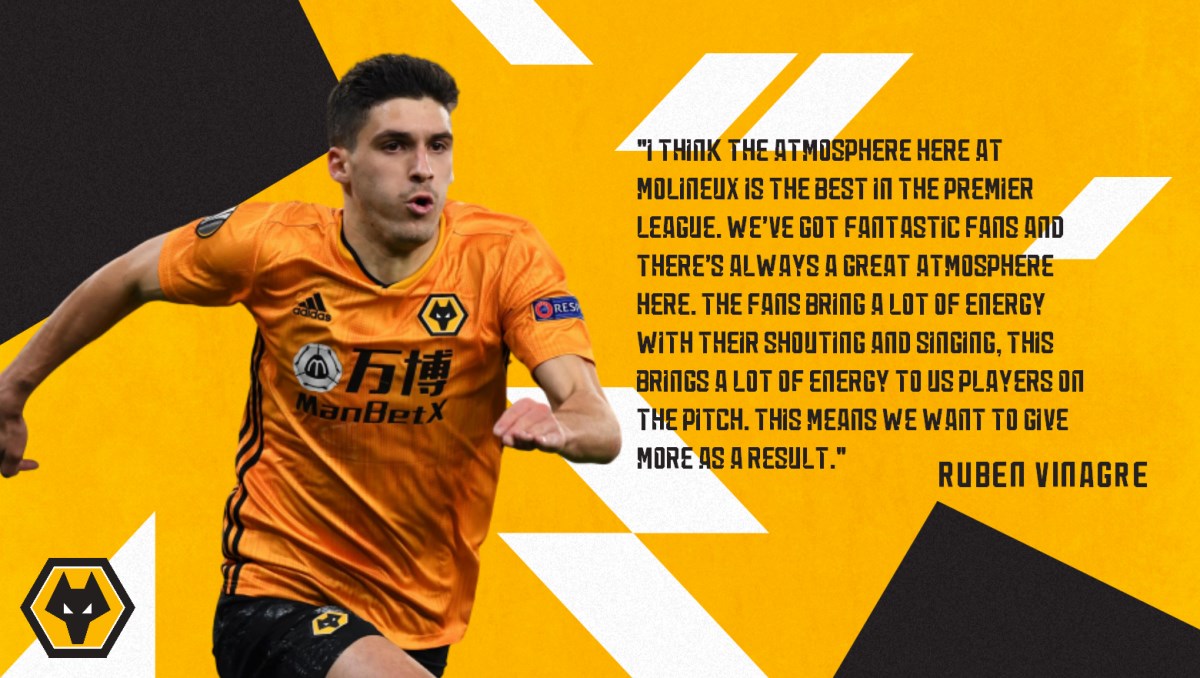