Feed Our Pack: One Year On

Wolves Foundation’s Feed Our Pack project reaches its one-year anniversary today, a time to reflect on the all-round team effort which has already seen so much support given to those who need it across the local community.

Feed Our Pack was launched with a £500,000 investment thanks to the Premier League PFA Community Fund and a personal donation from former Wolves Head Coach Nuno Espirito Santo, and in its first 12 months supporters across the world have raised more than £80,000 to ensure the project can help even more people.

The project has only been successful thanks to a true ‘One Pack’ effort with the Foundation linking up with many different partners, alongside that engagement and fundraising from fans, to deliver both food and other support to those who have been affected by the pandemic.

The package of support measures has included providing additional food to foodbanks, putting on holiday activities in schools and delivering food parcels.

Representatives from the Premier League and PFA have been delighted to see how the project has developed.

Nick Perchard, head of community at the Premier League, said: “Feed our Pack is an excellent example of how football clubs have played a vital role in supporting their communities over the past two years.

“The way in which Wolverhampton Wanderers, the Wolves Foundation and fans have come together, to help reduce the effects of food poverty in the city has been inspiring.

“Alongside Nuno, we are pleased to support this important work via the Premier League PFA Community Fund, which enables Clubs to help their communities recover from the Covid-19 pandemic.”

John Hudson, the PFA’s corporate director of social responsibility, added: “At the PFA we are committed to supporting the fantastic work which clubs carry out in their local communities.

“The pandemic has brought substantial challenges for so many people across the country, but Feed Our Pack is a project which has shown the value of everyone coming together – including the Wolves fans - to provide help for those who have been most affected.

“It is a really fantastic initiative which is delivering a range of support measures and we are pleased to have been able to work with Wolves Foundation and the Premier League to help make it happen.” 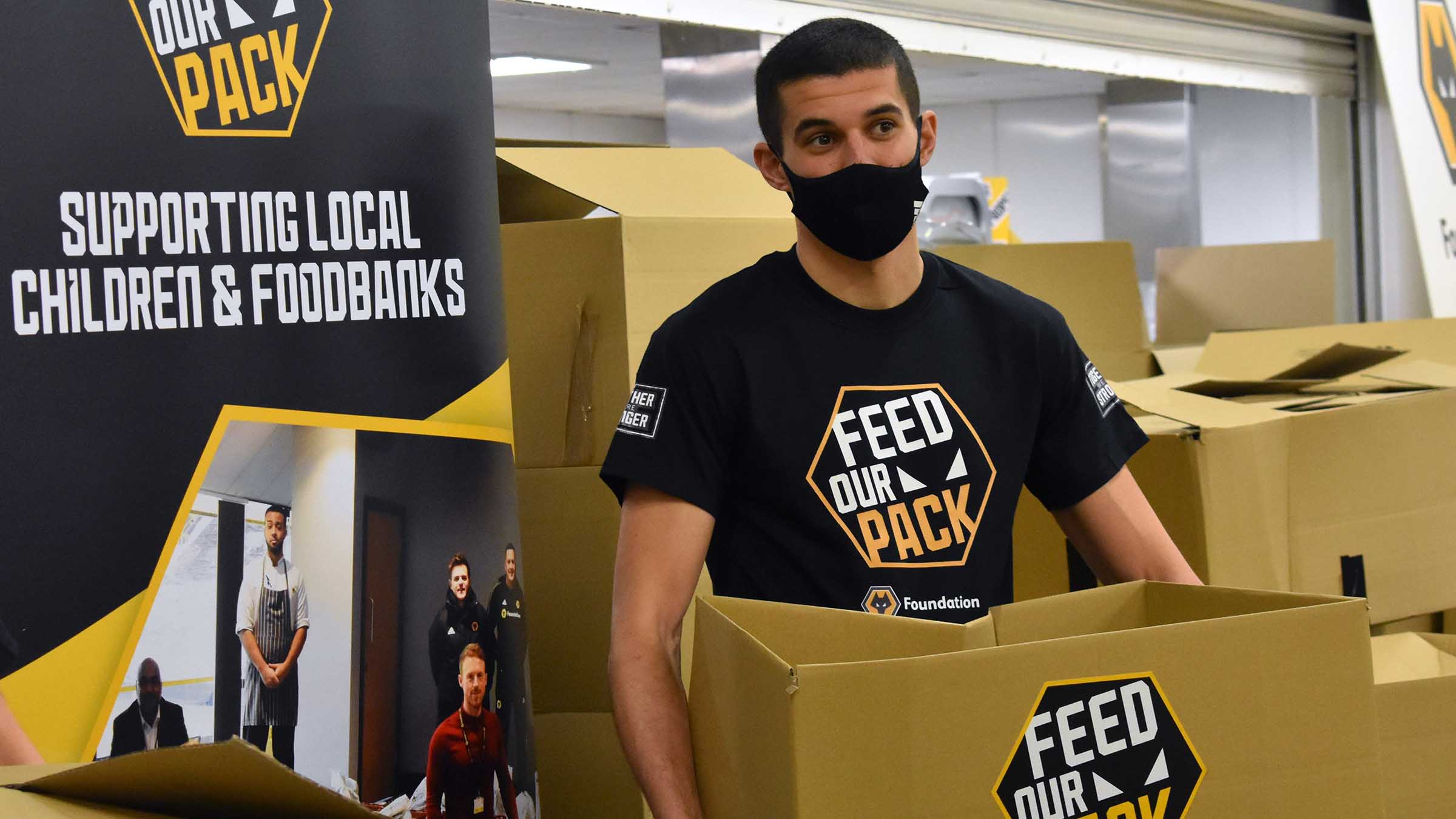 The Foundation have been hugely appreciative of the support of other businesses and charities including Wolves’ catering partners Levy UK and the His Church charity for their backing of the project, as well as being able to work closely with the City of Wolverhampton Council to understand and pinpoint the needs within the community.

“The response was fantastic and support with basic supplies was instantaneous.

"Their partnership with the His Church Charity meant that household supplies, toiletries and warm clothing was provided to those most in need, including refugee and migrant families.

"Throughout the year, Feed Our Pack has distributed food and has provided activities and meals to alleviate holiday hunger. More recently, toys were gifted to children who would have otherwise gone without Christmas presents.

"It has been a very hard time for some of the families that we have been working with due to the rising cost of living and the support provided has made all the difference to our children in need across the city. I look forward to our continued partnership with Wolves Foundation and Feed Our Pack in 2022."

That support from Wolves fans has been particularly inspiring for all connected with Feed Our Pack, showing their care for others in the community, with the new element of being able to donate food on a matchday at the Feed Our Pack storage facility on the Fan Park proving very popular.

Adam, one of those who was bringing a donation ahead of the Southampton game, said: “With what has been happening in the last few years, you realise what’s important to you.

“A lot of people do go without, and especially with gas and electricity prices going up people will have to choose between keeping warm or eating.

“Something like Feed Our Pack and being able to donate food will just mean they don’t have to make that choice.

“Even if it’s just a meal that can cheer someone up for a day, that’s why I do it.” 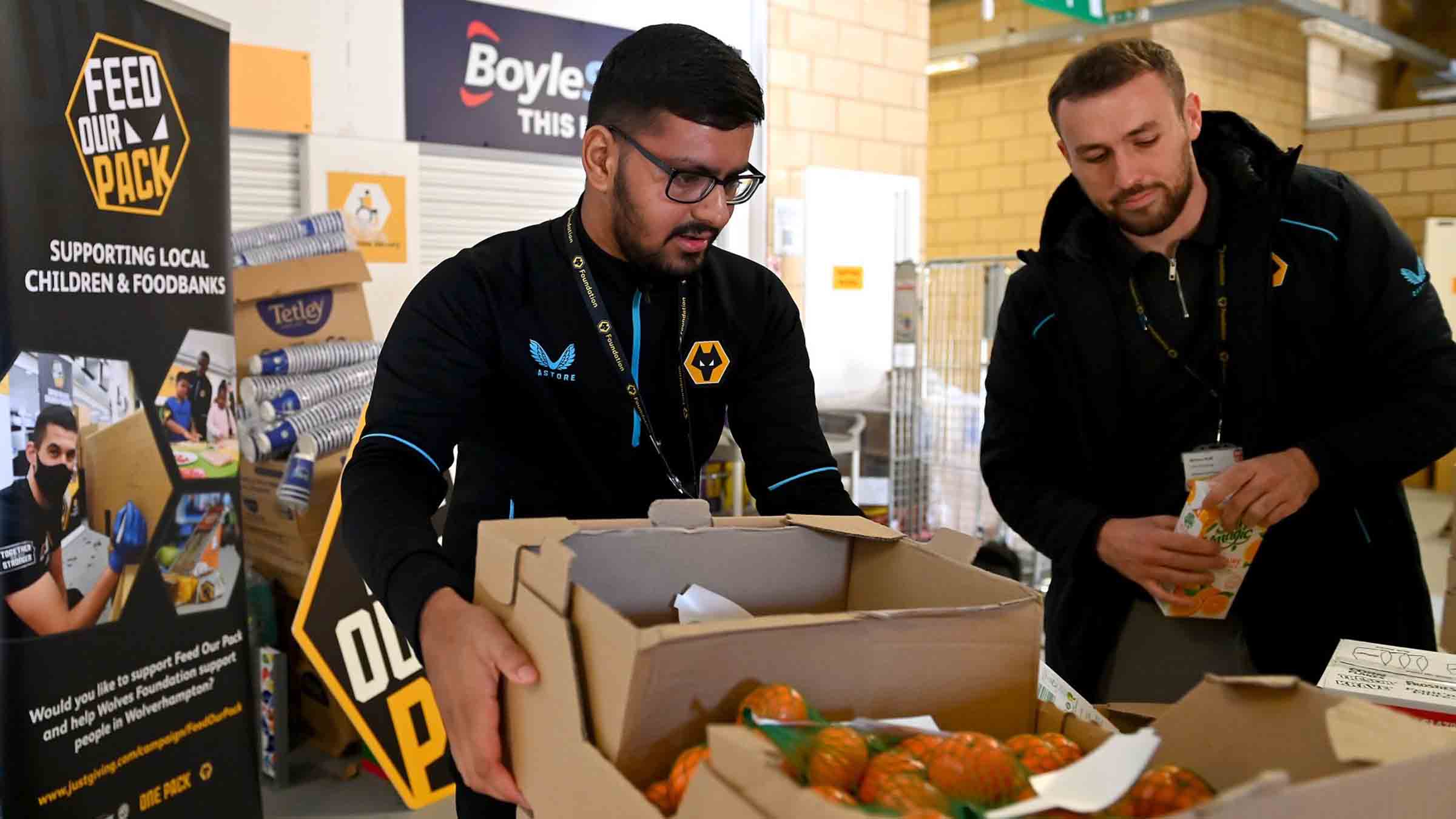 Noah, aged 10, in his first year as a season ticket holder was also very keen to help.

“I want to help everyone in Wolverhampton and the local areas because some people aren’t as fortunate as us so it’s just nice to bring those things to help them,” he says.

Over one ton of food has already been donated by fans on a matchday and that is a part of Feed Our Pack which will continue over the next 12 months.

Whilst the level of support provided by Feed Our Pack has been substantial in its first year, with many people still suffering from challenging times due to the effects of the pandemic, there remains much more work to be done.

Former Wolves captain and Wolves Foundation ambassador Karl Henry concludes: “Feed Our Pack has been such an important project in supporting those who have been affected by the pandemic over the last year.

“As a proud Wulfrunian, I know the strong sense of togetherness which exists in our local communities and how people are always ready to try and help each other when needed.

“Launched and co-ordinated by Wolves Foundation and including a fantastic team effort from everyone involved, Feed Our Pack is providing people with real practical support and feelings of hope and optimism for a brighter future.”

Can you support Feed Our Pack’s efforts to help foodbanks help others in the local community? As an example, a donation of £35 can provide a food parcel for a family of four for a week, or just £2 provides a child with an activity pack. To donate text FOP, followed by your donation amount, to 70085 or visit the Just Giving page here.