Following the latest international break, Wolves have to wait until Monday night before they are back in action at Molineux once again, with Southampton the visitors to the Black Country, and with plenty of talking points ahead of the 8pm kick-off, here are five things to know before Nuno Espirito Santo’s side take on the Saints.

Heading into the international break, Southampton have been one of the most in-form teams in the Premier League, picking up 16 points from an unbeaten run of six matches, thanks to five wins and a draw in that period – a total they’ve never bettered after the first eight matches of a top-flight campaign, but on par with their start to 2014/15. Their 2-0 win over Newcastle United last time out was their third in succession, and Ralph Hasenhuttl’s side will be looking to win four consecutive league matches for the first time since May 2016 when they arrive at Molineux on Monday evening.

However, in the recent matches between the two sides, it has been Wolves who have come out on top, with the old gold losing just one of their last eight meetings with Southampton, with four wins and three draws in that time – no-one needs to be reminded of the game back at Molineux in March 2007 which preceded that unbeaten run for Wolves! The only defeat in those eight games can in April 2019 at St Mary’s, while the corresponding fixture last season saw the teams play out a 1-1 draw, with a Raul Jimenez penalty cancelling out Danny Ings’ opener. 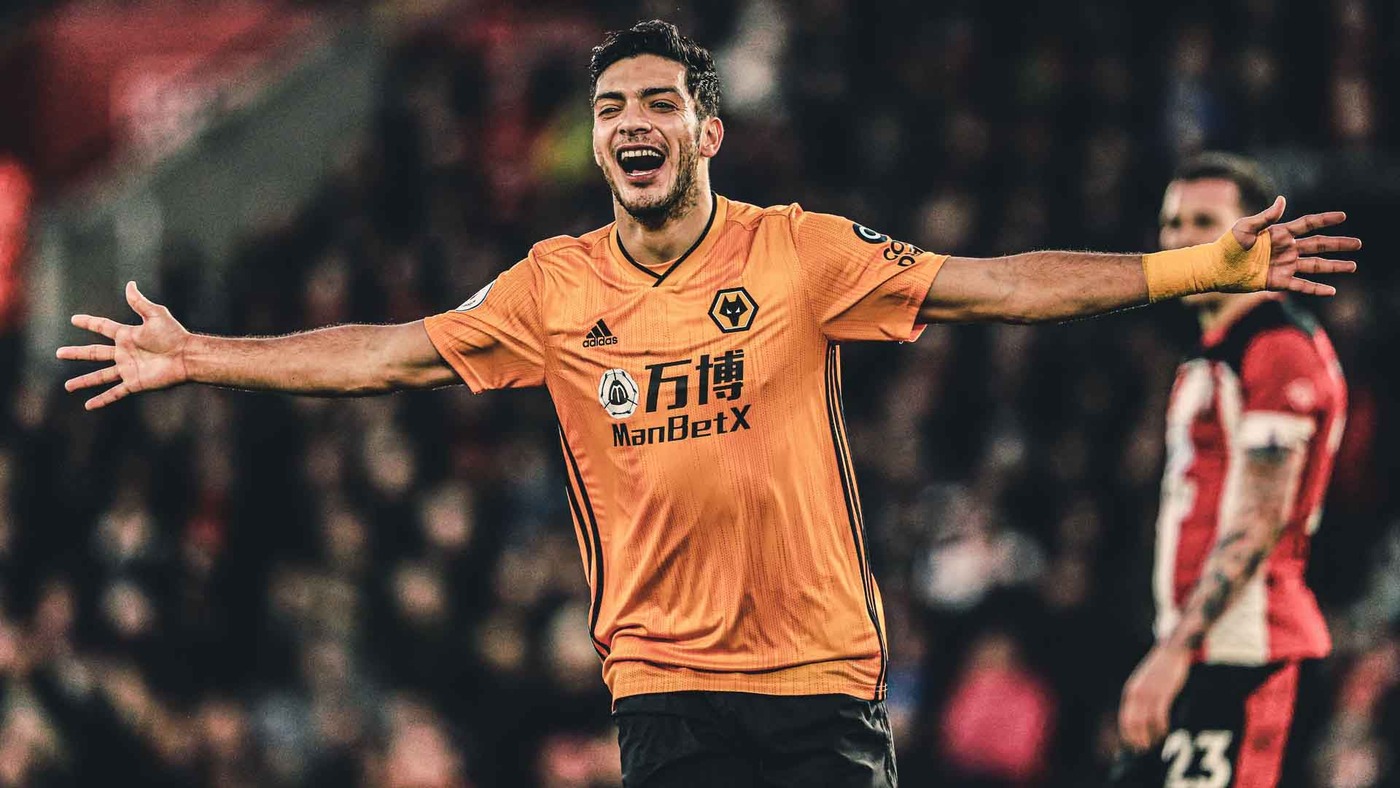 It will be a battle of two of the league’s best goalkeepers, according to statistics, on Monday night as Rui Patricio faces off against Alex McCarthy. With Patricio between the sticks, Wolves have kept more clean sheets in the Premier League than any other side so far in 2020 with 13 shutouts – and that includes three in the past five matches. The goalkeeper did everything he could to make that four in five with a terrific penalty save against Leicester City last time out. Patricio has even been earning plaudits on the international stage this week, putting in a man of the match performance for Portugal in their Nations League match with France.

At the other end of the Molineux pitch next time out will be McCarthy, with not other keeper in the Premier League having kept as many clean sheets as him this season. The stopper has played a role in the south coast club’s success, with all four of his shutouts being coupled with victories. However, the 12 conceded in the other four games this season shows there is still room for Wolves to take advantage.

Although Wolves might not have been in action for the past two weeks, many gold and black players have taken advantage of their international call-ups, or even their time back at Compton, to display what they do best. It was an exciting international break for Pedro Neto, who scored less than eight minutes into his senior Portugal debut, becoming the first Portuguese player born in the 2000s to be called up, start, and score for his country. Willy Boly and Owen Otasowie also earned their senior international debuts for the Ivory Coast and USA.

On the other end of the scale, Joao Moutinho made his 128th appearance for Portugal in their Nations League match with France, becoming the second most capped player in his country’s history, and surpassing the legendary Luis Figo, while Raul Jimenez found the net twice in as many games for Mexico as he helped his country to friendly wins over Japan and South Korea. Despite his training camp with Portugal under-20s being cancelled, Fabio Silva made up for it back in the UK, with his first goals in a gold shirt helping the under-21s into the knockout stages of the Papa John’s Trophy, thanks to a 2-1 win over Doncaster Rovers. 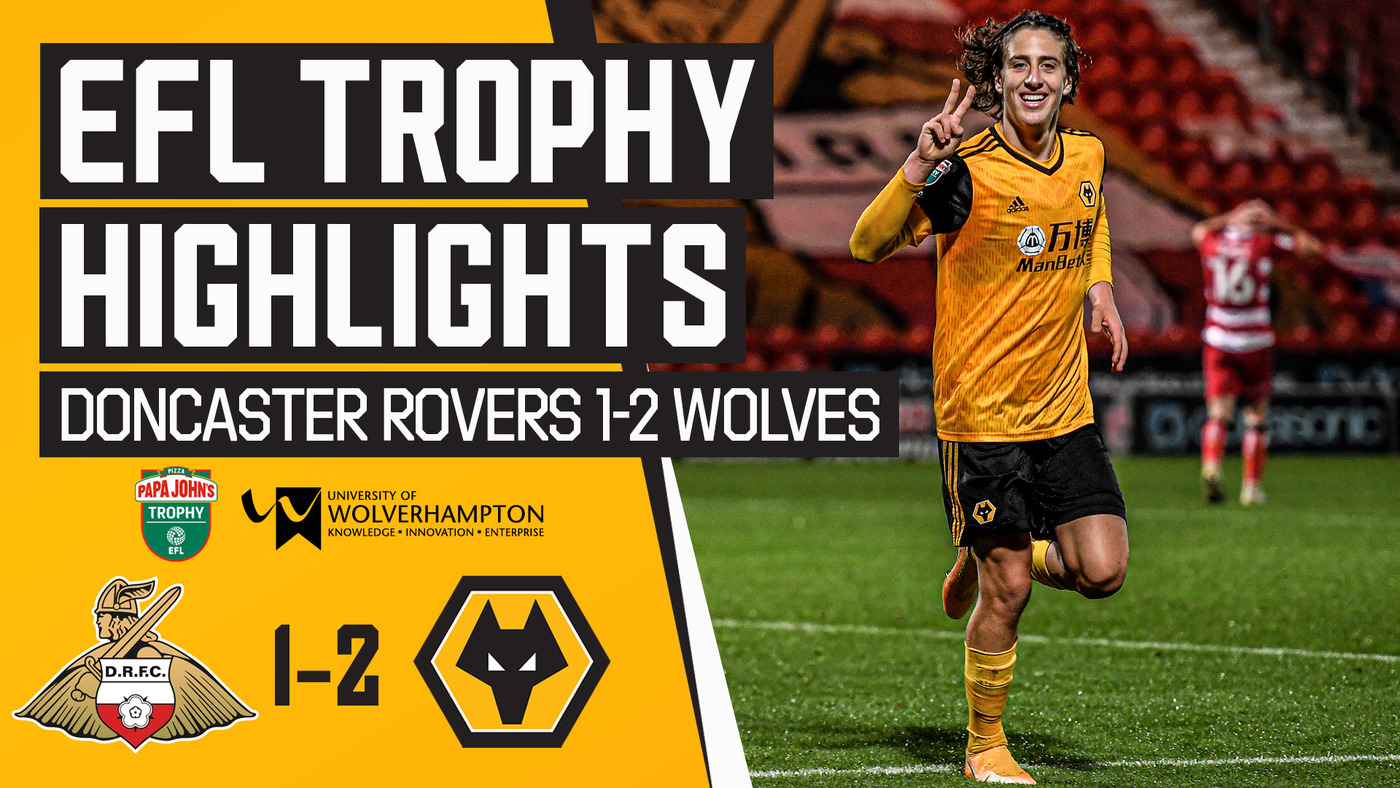 Despite Jonny being Wolves’ only long-term injury absence, Nuno will be waiting on the availability of a few of his international stars heading into the upcoming fixture. Captain Conor Coady faces a race against time to be available after being forced to withdraw from England duty due to Covid protocol, while Rayan Ait-Nouri withdrew from France’s under-21 squad at the start of the international break but is expected to be available once again.

Saints’ captain James Ward-Prowse also had to withdraw from the England squad last week, although his absence was through injury, but the midfielder is expected to be available on Monday night. The biggest absence for the visitors is striker Danny Ings, who remains sidelined, but in Che Adams, Southampton look to have the man to fill the void. His three goals in his last four Premier League outings, is only one fewer than he managed in his first 34 top-flight appearances. 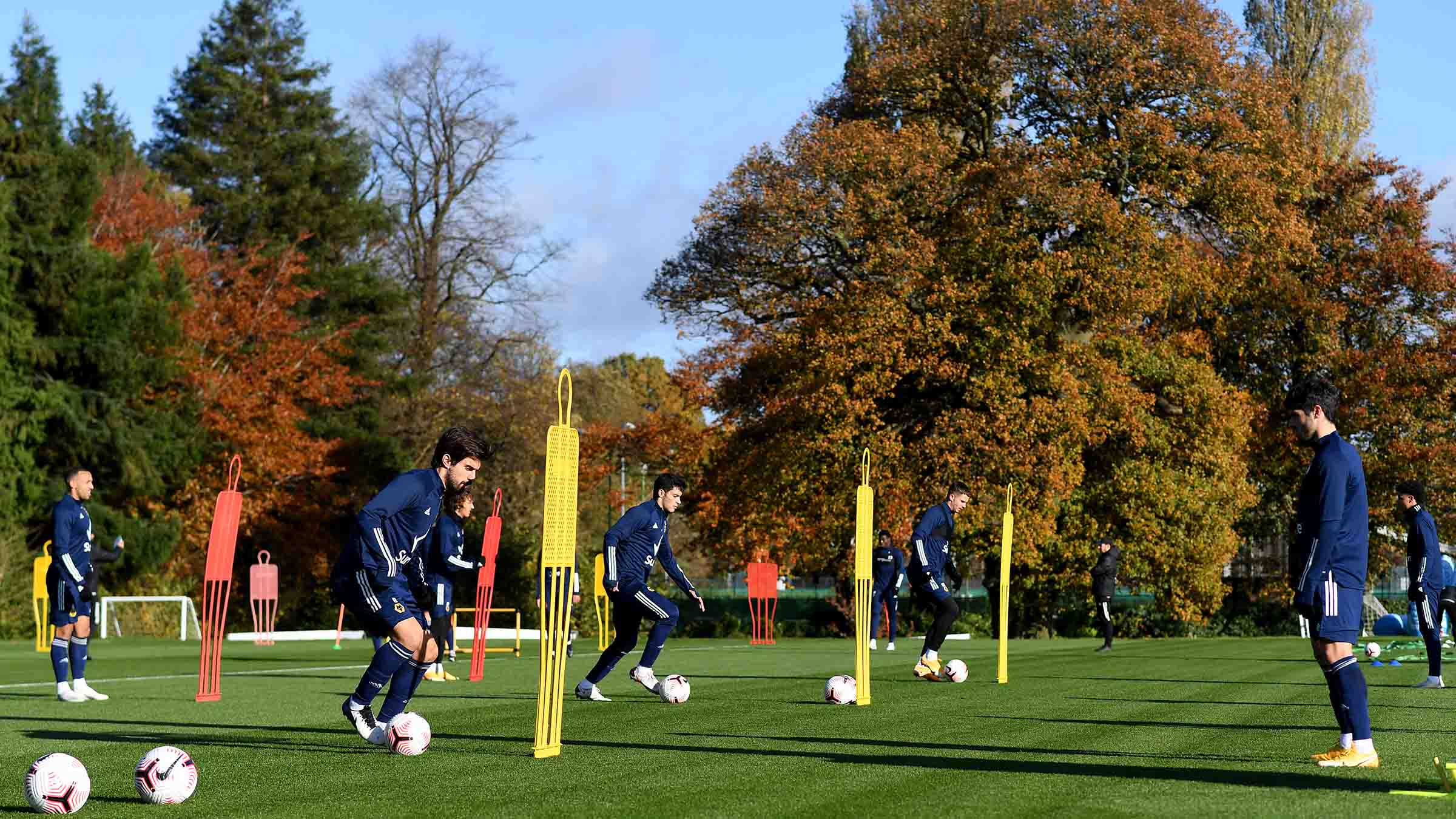 5. MANAGER OF THE MONTH

Although Southampton might be the form team coming into Monday’s game, it was Wolves and Nuno who were the ones with the unbeaten month in October. Before the defeat to Leicester City last time out, Wolves had taken three wins and a draw from their four matches during the month, earning Nuno the Manager of the Month prize, beating a certain Saints boss in the process. However, Nuno still wants improvement from his players.