The international weekend is done and over with, and Wolves can focus on the Premier League and the opportunity to go a seventh match unbeaten when Watford visit. Here’s what to look out for at Molinuex on Saturday.

Watford’s starting line-up will be a difficult one to predict for Wolves, with the visitors missing two of their regular back four through suspension. Christian Kabasele and Jose Holebas are both ruled out of the fixture, with Adam Masina set for his full Premier League debut, alongside one of Sebastian Prodl, Miguel Britos or Adrian Mariappa. Gerard Deulofeu is poised for his first start of the season after returning from injury prior to the international break against Bournemouth.

Eight games with an unchanged side, Wolves can stretch their record to nine against the Hornets. Ten of Nuno’s squad have been away on international duty so will he decide to offer a starting place to the likes of Ivan Cavaleiro or Adama Traore, after they enjoyed two weeks without a game? Leander Dendoncker missed out on international duty with Belgium so remained at Compton working hard under Nuno, will he be rewarded with a place in the squad on Saturday?

Four games gone and Wolves remain unbeaten at Molineux in the Premier League, so number five is on offer against Watford. After draws with Everton and Manchester City to open their home account, Wolves have hit form, taking six points from the next six available. Nuno’s side have gone three weeks without a home fixture however, as Cavaleiro and Jonny Otto fired second half goals to defeat Southampton. 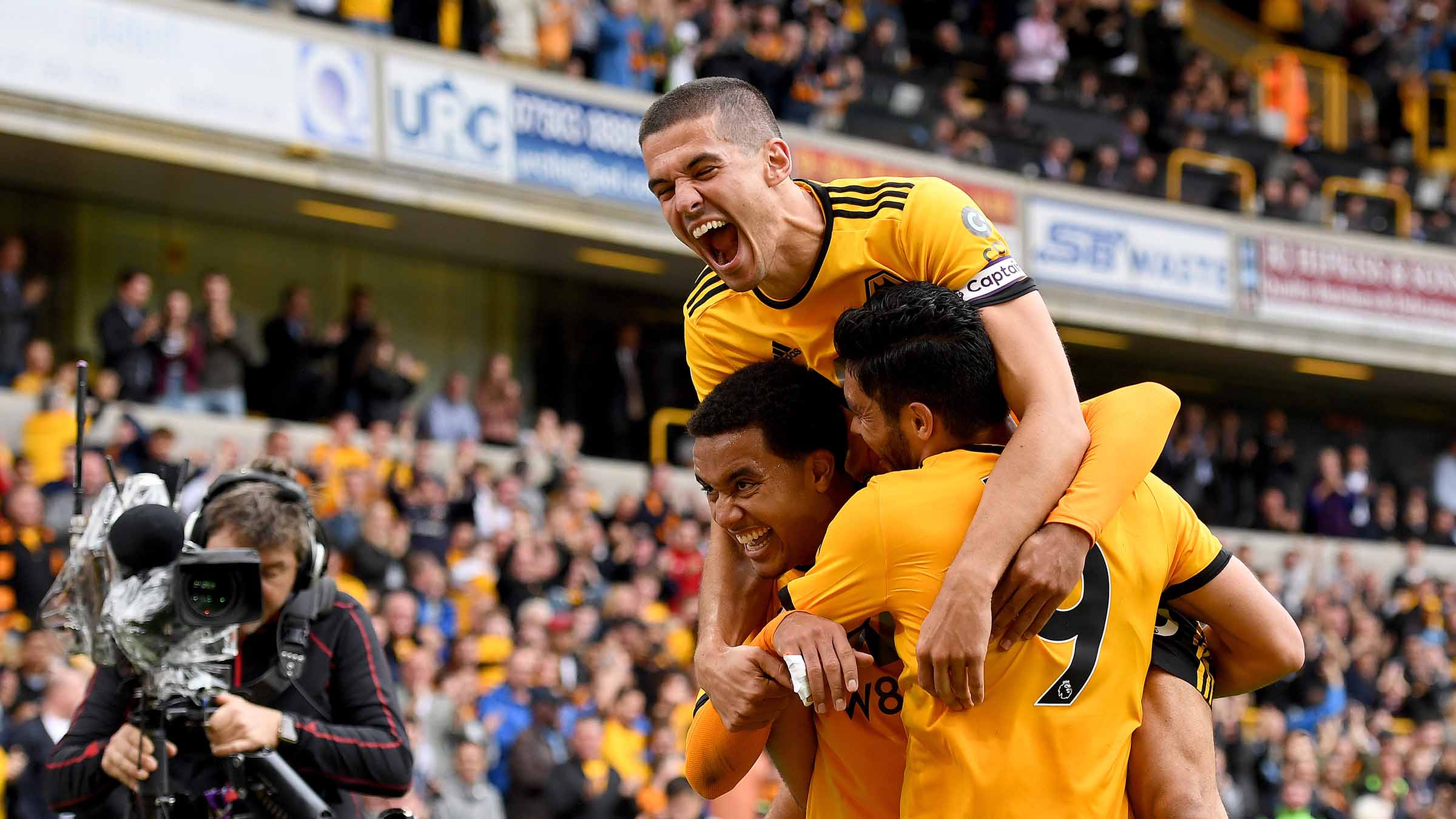 3. Seasons of two halves for Watford

Watford enjoyed a rip-roaring start to the Premier League campaign, winning their opening four games, including a 3-1 success at Turf Moor when Andre Gray returned to haunt Burnley. More recent times have been a struggle however and the Hornets haven’t scored in their recent two defeats to Arsenal and Bournemouth. Javi Gracia’s side held the Gunners for 81 minutes on their last away outing, only to succumb to two late goals, so they’ll be looking to learn from those mistakes at Molineux on Saturday.

4. Rui's form between the sticks

Although Matt Doherty has scooped the Fantasy Premier League plaudits for his consistent performances, Rui Patricio behind him is raking the points in too. The goalkeeper is Wolves’ second highest points earner on FPL behind Doherty and has conceded just one goal in five matches, meaning four clean sheet points have been awarded to the Portuguese, as well as additional bonus points along the way. The goalkeeper has been transferred in by more than 100,000 FPL users this round, since his Crystal Palace clean sheet. Patricio will be hoping for a third successive clean sheet at Molineux when Watford visit on Saturday. 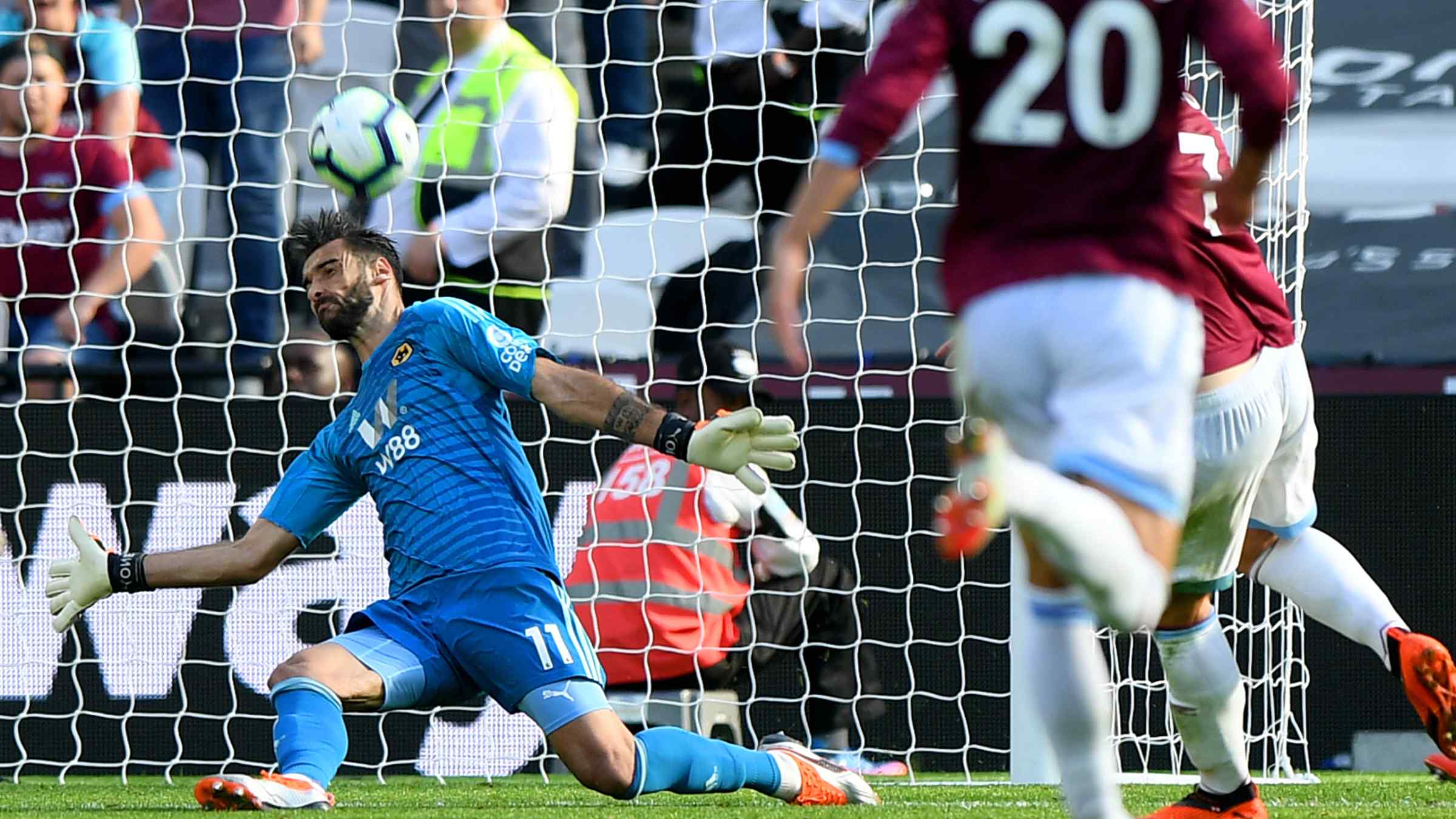 Ruben Neves returned from international duty with Portugal this week, after the midfielder claimed a stunning assist in their victory over Poland. However, back at Compton Neves says he and his team mates have their mindset back full on the task ahead with his club this weekend. 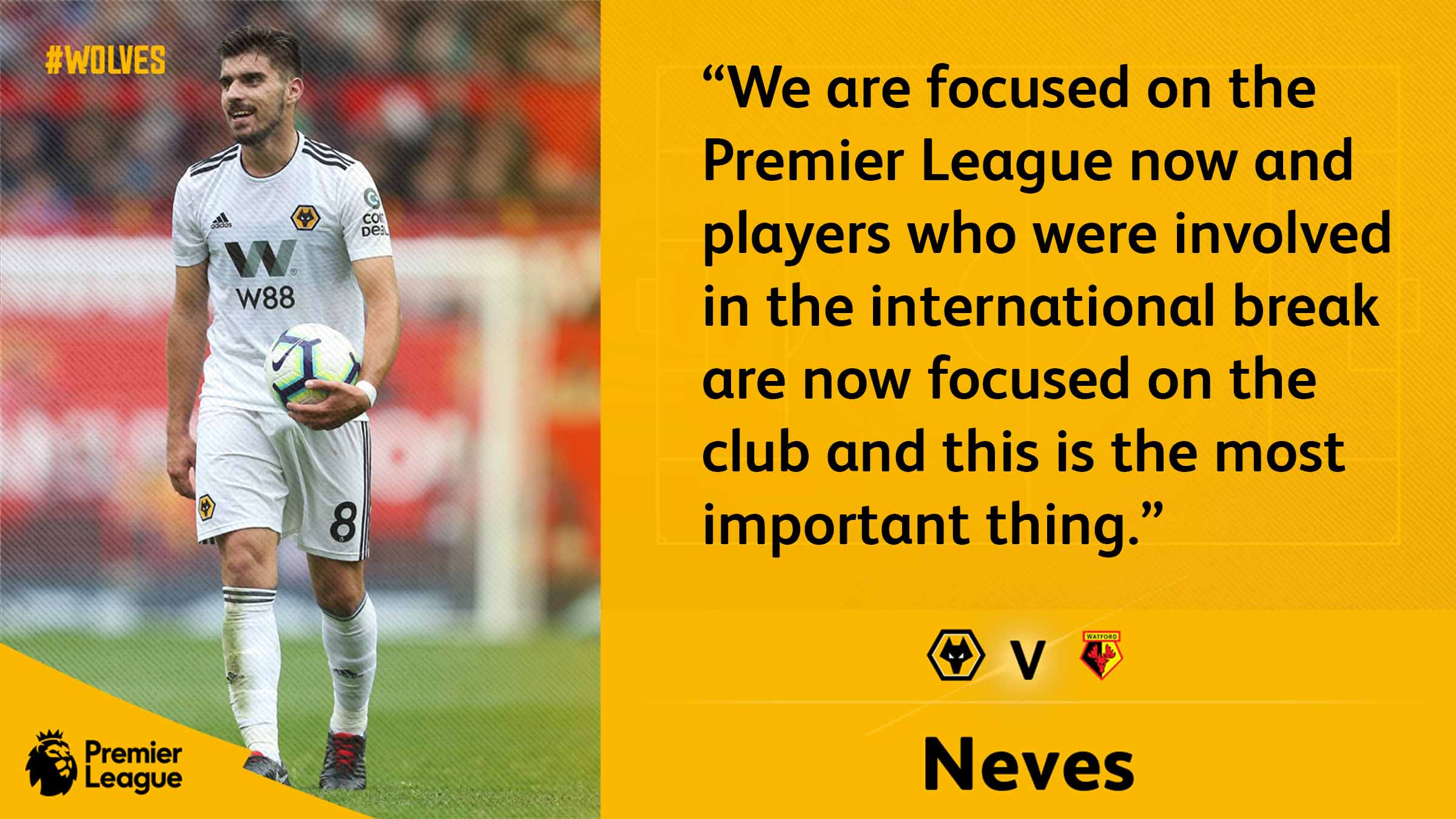