Those on the Molineux terraces have had their fair share of cult heroes over the years, and Romain Saiss is guaranteed to join that select group of individuals now his time at the club has come to an end.

Never one to dodge a tackle – as his disciplinary record will prove – and an almost consistent presence in gold and black during the last five years, his managers, teammates and supporters always knew the Moroccan captain was someone they could rely on to give 100 per cent in every situation.

Wolves were paying a visit to the north-east and the Riverside Stadium. Despite starting in good spirits and racing into a two-goal lead before the break thanks to Helder Costa and Ivan Cavaleiro, the second 45 minutes were the first signs of a Championship title fight that was beginning to waver.

A red card for Saiss’ midfield partner Ruben Neves on 56 minutes was followed up with another to right wing-back Matt Doherty a quarter of an hour later.

Wolves were down to nine men and clinging on by their fingertips, but up stepped Saiss, only just back from Morocco duty on the other side of the globe and recovering from a bout of fever and sickness.

The iconic image of the then-midfielder lying flat out on the ground, having assumed the role of three players for almost half an hour to repel the Boro attacks, will go down in Wolves history.

Wave after wave of red shirted attacks flooded the Wolves penalty area, with Saiss doing his utmost to turn possession over to his team. And although Patrick Bamford was able to find the net in the fourth minute of added time, Saiss and his teammates had done enough to earn a vital three points which would go a long way to securing the second-tier title.

The 32-year-old has provided Wolves with so many memorable moments in his six years wearing the famous gold shirt, and despite being the joker of the pack in the dressing room and an extremely popular member of the squad, Saiss is able to switch his laid-back and smiley outlook to that of steely determination in the blink of an eye.

Starting just 19 times during his debut Championship season, Saiss may have been underutilised by Walter Zenga and Paul Lambert, but he needn’t have worried, as he was sure to make up for lost time when Nuno Espirito Santo arrived.

The subsequent season under the Portuguese saw Saiss installed as the central midfield partner to then-record signing Neves as Wolves romped away with the Championship title.

After his heroic display at the Riverside, Saiss had become one of the first names on the teamsheet and a new idol for those in the stands was created.

Although the writing may have been on the wall when the experienced Joao Moutinho arrived the following summer and pinned down the starting spot that was previously occupied by Saiss, the Moroccan again showed his fighting spirit to remain in the starting 11.

A move down the pitch into defence – a position he was familiar with having played at the back for his country – could not have gone better as he was reborn as a tough-tackling Premier League centre-back.

What followed for Saiss was 26 appearances and two goals in all competitions as Wolves ended their inaugural top-flight campaign for six years by securing Europa League qualification. 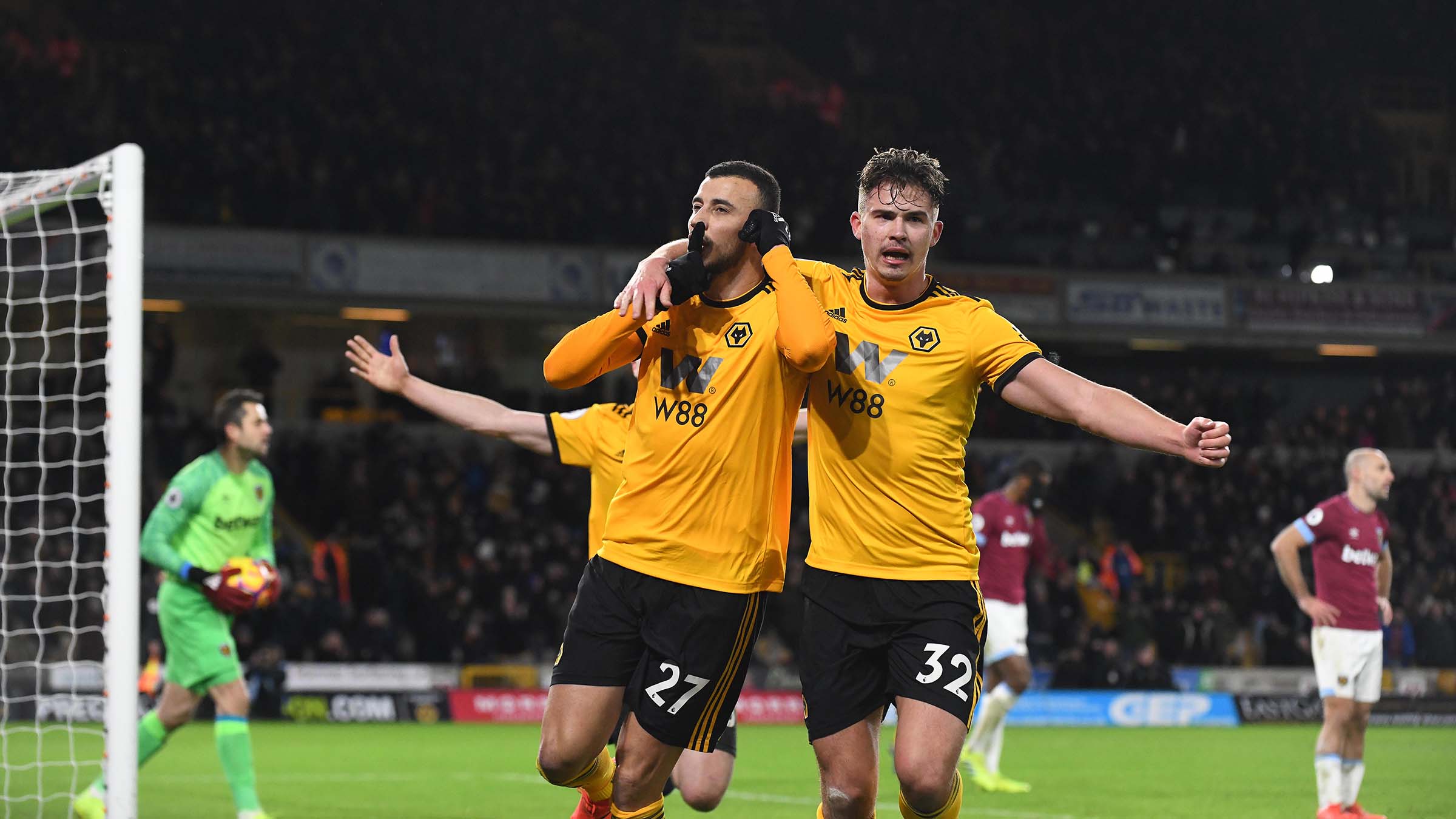 The first of those two goals in the 2018/19 season continued a habit of Saiss’ in that he was able to regularly find the back of the net at Christmastime. In fact, he went on a run of five consecutive Decembers where he found his name on the scoresheet for Wolves.

He started this run the previous season, with Boxing Day cracker at Millwall, before his equalising strike at Fulham exactly a year later in his first Premier League season. His next December goal came on the 21st in 2019 on the road at Norwich in a 2-1 win, and in the 2020/21 season, he scored on the 27th to earn a point against Spurs at Molineux.

However, the best of his December goals was reserved for the last campaign. Wolves had travelled to the Amex Stadium in Brighton without a goal from their previous four Premier League matches, albeit having only conceded two goals themselves in the process.

But when Neves lifted a ball over the top of the Seagulls’ defence that nobody else in the ground believed was on – apart from Saiss – he was very much relieved to see the Moroccan latch onto the end of it and hit the sweetest of volleys into the bottom corner.

And although the goalscorer may have been a surprise, especially considering the quality of the strike from a big centre-back, with his history of festive finishes, it should be not really have been much of a shock.

The second-longest serving player in the Wolves squad overcame a battle with Ryan Bennett to make one of the three centre-back positions his own to begin his second season in the top-flight, playing 49 times as his side competed across four competitions.

A back three of Willy Boly, Conor Coady and Saiss was looking to be indestructible, with the trio producing some of the best returns from a Wolves defensive unit in the club’s short Premier League history. Conceding just 40 goals that season, the team was beginning to be renown around the footballing world for its doggedness at the back, and Saiss played a huge part in that.

There have also not been many better team players than Saiss during the past six years at Molineux. The versatility he has displayed season in, season out has stood him in good stead during his Wolves career, being a reliable pair of hands, wherever he is utilised on the pitch.

None more so than during a Covid-hit campaign last season when Nuno opted to try Saiss out as a left wing-back following injuries to all three of his other options in said position.

But it wouldn’t be like Saiss to turn his nose up at a challenge. Instead, he stuck to his task and gave the role 100 per cent commitment.

During a season when Wolves picked up just 45 points, seven of those came in the three games where he was asked to play out of position – helping his team to 1-0 victories over Fulham and Leeds United as well as a 1-1 draw at home to Newcastle.

The versatility, the giving his all to the shirt and the never-say-die attitude is something that has endeared him to generations of Wolves supporters. All fans ask of their players is that they give everything possible on the pitch, and Saiss is someone who has that character in abundance.

An entertainer off the pitch, a fighter on it. With cult hero status in the bag, the man himself sums up his Wolves career better than anyone:

You definitely will, Romain. Your contribution will never be forgotten.