Daniel Podence’s second-half strike earned all three points for Wolves as Leicester City were beaten 2-1 at Molineux. Here are five things we spotted from the victory.

Molineux has become somewhat of a fortress this season, with just two Premier League defeats at home since September, with those coming against Liverpool and Arsenal. The crowd were in full voice yet again against Leicester, with the chants being heard far and wide as afternoon turned to evening in Wolverhampton.

It was yet another home victory against Leicester on Sunday, and while it signalled more of the impressive home support this season, the victory ensured it’s now just one loss in our last 13 home games against the Foxes.

In fact, the old gold have lost just twice at home to Leicester in nearly 40 years, with 11 wins and eight draws coming in that time - Leicester don’t travel well to Molineux.

#2 First Premier League goal of the season for Podence

While Daniel Podence has been raking in the goals in cup competitions this season, with four in four games in the FA Cup and League Cup this term, but his second-half winner against Leicester was perhaps surprisingly his first in the Premier League this campaign.

His low drive flew past Kasper Schmeichel in the Leicester goal, leaving the Danish keeper with no chance of making a save. Podence now needs two more league goals to match his tally from last season, and with competition fierce in forward areas, he’s found form at the right time.

While he started just two Premier League games before December, the tricky Portuguese winger has now notched up eight league starts in a row, and is clearly in favour under Bruno Lage.

You voted @daniel_podence your #WOLLEI man of the match.

#3 Pedro Neto is back

It’s a little late for Christmas presents, but Bruno Lage’s wish for a fully fit squad seems to have come true just in time for the run-in. First it was the return of Jonny and Hwang Hee-Chan to the squad, and against Leicester it was Pedro Neto’s turn.

The Portuguese dynamo returned to the bench after 10 months out with a knee injury, and was given his moment in the sun, or rain as it was on Sunday afternoon, when he replaced goal-scorer Podence with nine minutes plus added-time remaining. Our 2020/21 Player of the Season was straight back into the thick of it on the pitch, winning a free-kick from Luke Thomas with his first involvement, and tracking back to win possession off Kiernan Dewsbury-Hall before bursting past two Foxes shirts in typical Neto fashion just moments later.

The next step will be to stay fit, and integrate himself fully back into the fold, but with everyone in the squad now back in training, things are looking rosy in terms of player selection for Lage, and quiet in the treatment room. 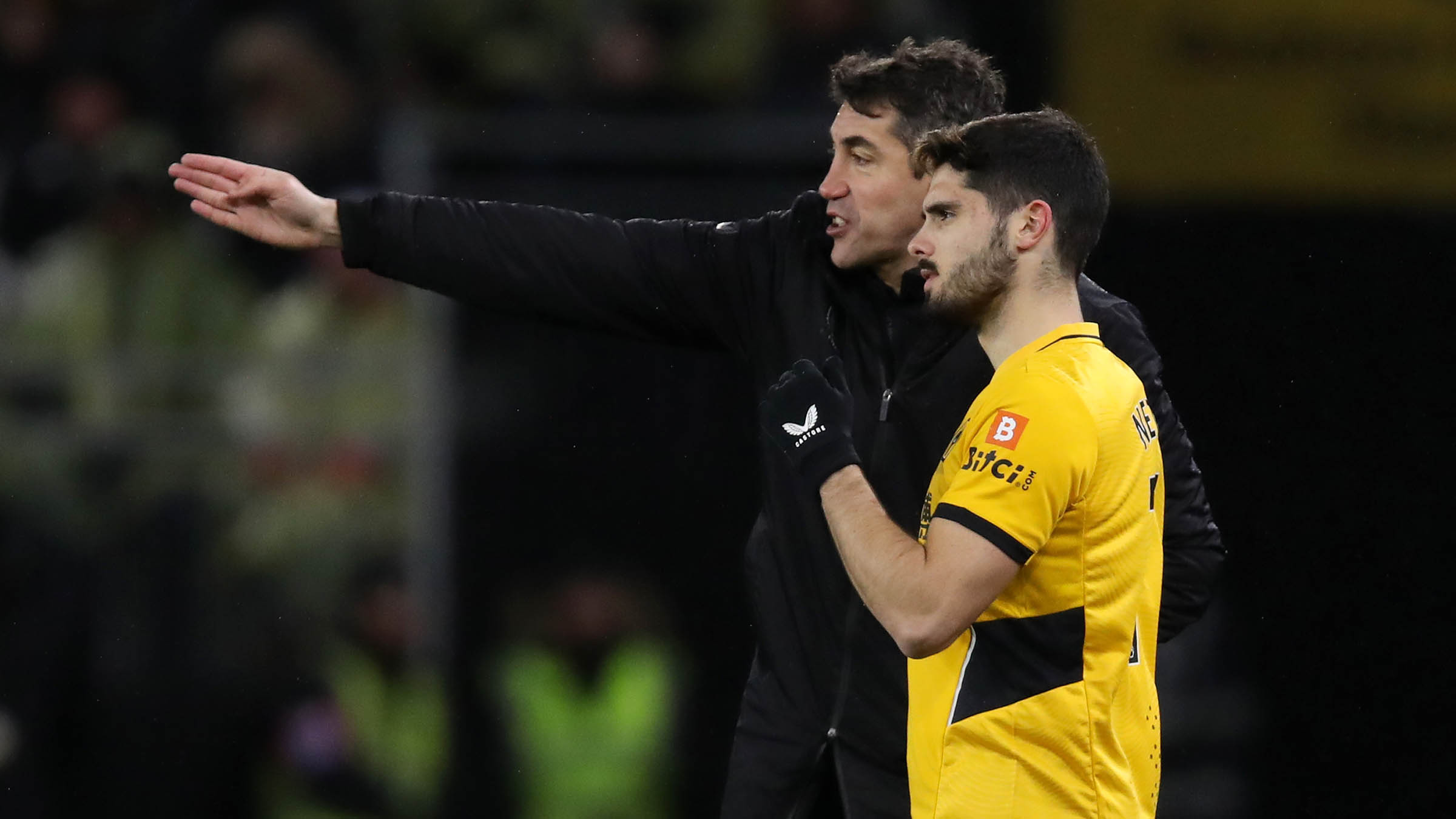 #4 Goal drought against the Foxes comes to an end

While our home record against Leicester has been quietly impressive over the years, the goals from Neves and Podence ended a five match goal drought against Brendan Rodgers’ side. Two 1-0 losses and three 0-0 draws followed the crazy 4-3 win at Molineux in early 2019, which signalled how difficult it had become to break down Leicester’s backline.

However, just nine minutes into the tie that drought had ended. Problem solved.

Having scored on multiple occasions in the same Premier League game just four times in 18 games before Christmas this season, the win over Leicester meant the same feat had occurred four times in just six league games in 2022; Lage has found the formula to ensure the attack is purring.

#5 Two goals from outside the box

Although Ruben Neves is a specialist at strikes from distance, it’s rare to ever see two Wolves goals scored from outside the box in the same game. In fact, the goals from Neves and Podence sensationally marked the first occasion the old gold had ever scored twice from outside the penalty area in a single Premier League game. After 290 matches in the competition, it’s better late than never.

As mentioned earlier, Podence’s winner was sweetly struck into the far corner, but as for the opener, it came from a familiar source. One week after his 200th appearance for the club, Neves added yet another long-range strike to his impressive collection. In the battle of the two No 8’s, it was Neves who came out on top against Youri Tielemans, with the Portuguese maestro scoring his 15th Wolves goal from outside the 18-yard box.

With 23 in total for the old gold, it means 65 per cent of Neves’ goals for the club have now come from outside the penalty area.