With Conor Coady set to join up with the England squad once again during the next international break, we take a look at the museum's memories of the last Wolves player to have had such an impact with the Three Lions - Steve Bull. 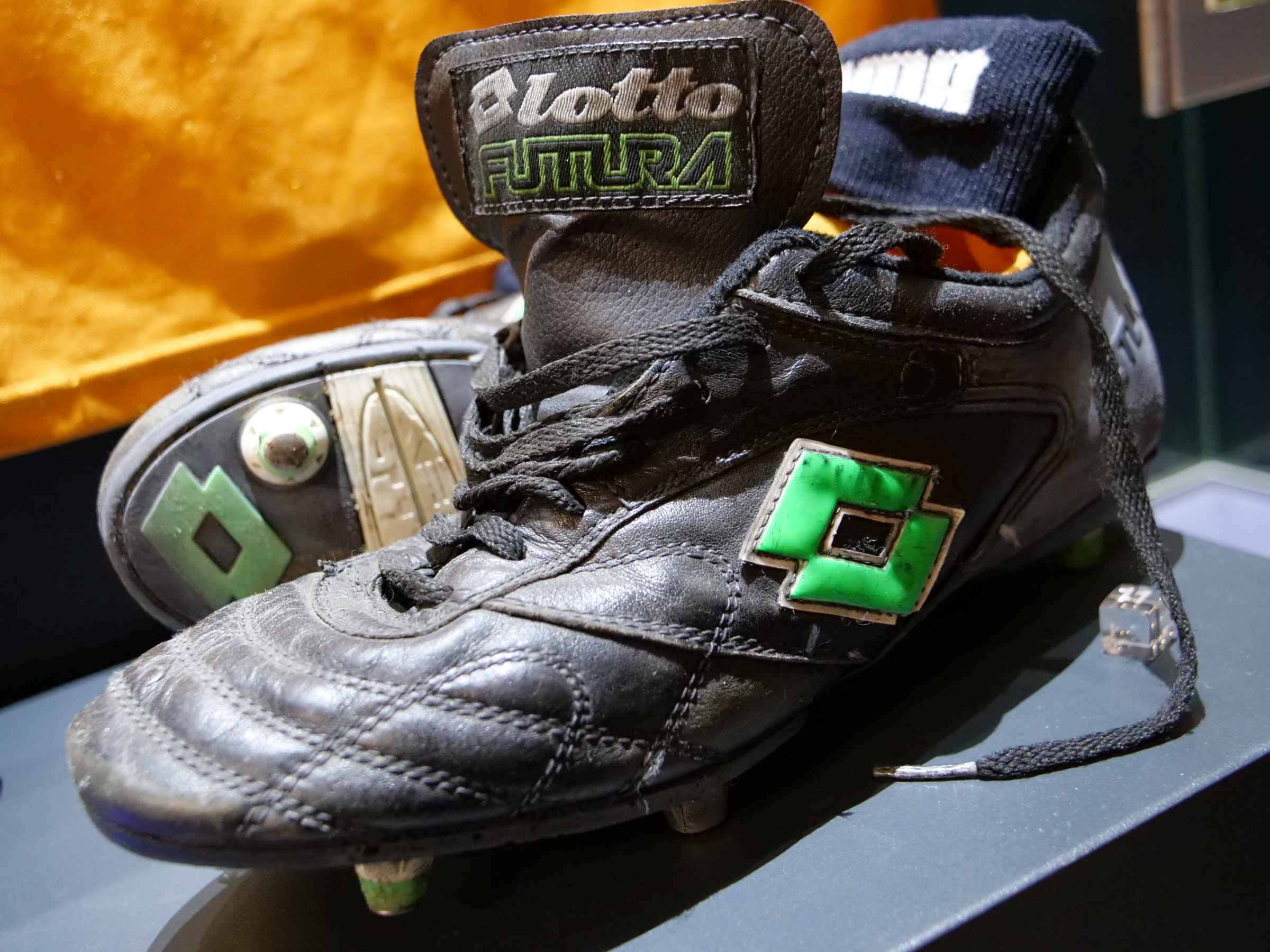 The club's record goalscorer notched up 306 goals during his 13 years at Molineux, helping Wolves from the doldrums of the fourth tier and fighting for a place in the Premier League.

As Pat explains: "The museum has a range of items which belonged to 'Bully' that he has donated, such as his boots and shin pads from his games in the 1990s, while there is also the match ball from when he scored his 200th goal for the club.

"He scored that goal in a league match against Leicester back in August 1992, in a 3-0 win, and the club also produced a commemorative mug as a piece of merchandise for supporters to buy in recognition of that milestone goal.

"We've also got one of the commemorative t-shirts that has been signed by the whole team when he scored his 300th goal for Wolves. That came in a 2-0 win over Bristol City in February 1998.

"He had already overtaken Billy Harthill and John Richards as the club's record goalscorer, and was a great servant to the club. What added to the joy was that he came from the Albion!"