As the second longest serving member of the current first-team squad, Romain Saiss has been involved in every step of Wolves’ recent rise, but one game stands out for him more than most so far in his old gold career.

The defender joined Mikey Burrows as the latest guest on the Old Gold Club’s My Golden Game podcast, as he discussed the dramatic second-half comeback over Manchester City as Molineux was rocking for its final match of 2019.

Although it was Wolves’ only festive fixture that Saiss himself hasn’t scored in, the impact of one of the most remarkable of evening’s will ensure that it will live long in the memory, not just for the 30-year-old, but for the 30,000 supporters who witnessed the late fightback against the reigning Premier League champions.

On a Christmas gift for his family and friends

“This game was a Boxing Day fixture and it’s the only one I’ve not scored in. I know those games mean a lot here in the UK, and I love playing those games, even though I might be a bit jealous because my friends are on their holidays.

“I also had a lot of friends and family in the stand, and for most of them, it was the first game they’d seen in the UK, and for them it was the best game they could have expected from a Premier League game. I had to explain to them that not all of the games are like this one, unfortunately.

“If you look at the way of the game, we were losing 2-0 at about the 50 to 55th minute maybe, and we came back to win the game 3-2 at the end. It was so emotional for everyone on the pitch, for the players and the staff, and for all of the fans in the crowd.”

“It’s not easy to play against ten men, especially against a team like Manchester City, because even with one man less, you know they’re going to keep going and keep playing like they did before with 11 players.

“They’re not going to change the way they play or settle down for the counter-attack, so it was really hard and it was down to us to be patient and to find the space in the counter-attack to try to score goals.

“But, unfortunately, they got a penalty just after and we know that it’s one of the bad things that can happen when you play against ten men and they score.

“For some teams, they will stay behind and just try to hold on to the three points, but them, they just kept playing well, they kept pushing and they scored another goal on the counter-attack. Then it was really hard.

“But you know the mentality of this club. We never give up and we did it a few times last season, we came back in the second-half after losing the first-half, and we did it. It was so amazing because the crowd and the fans were behind us, and they helped the team a lot this day, and we achieved something good.” 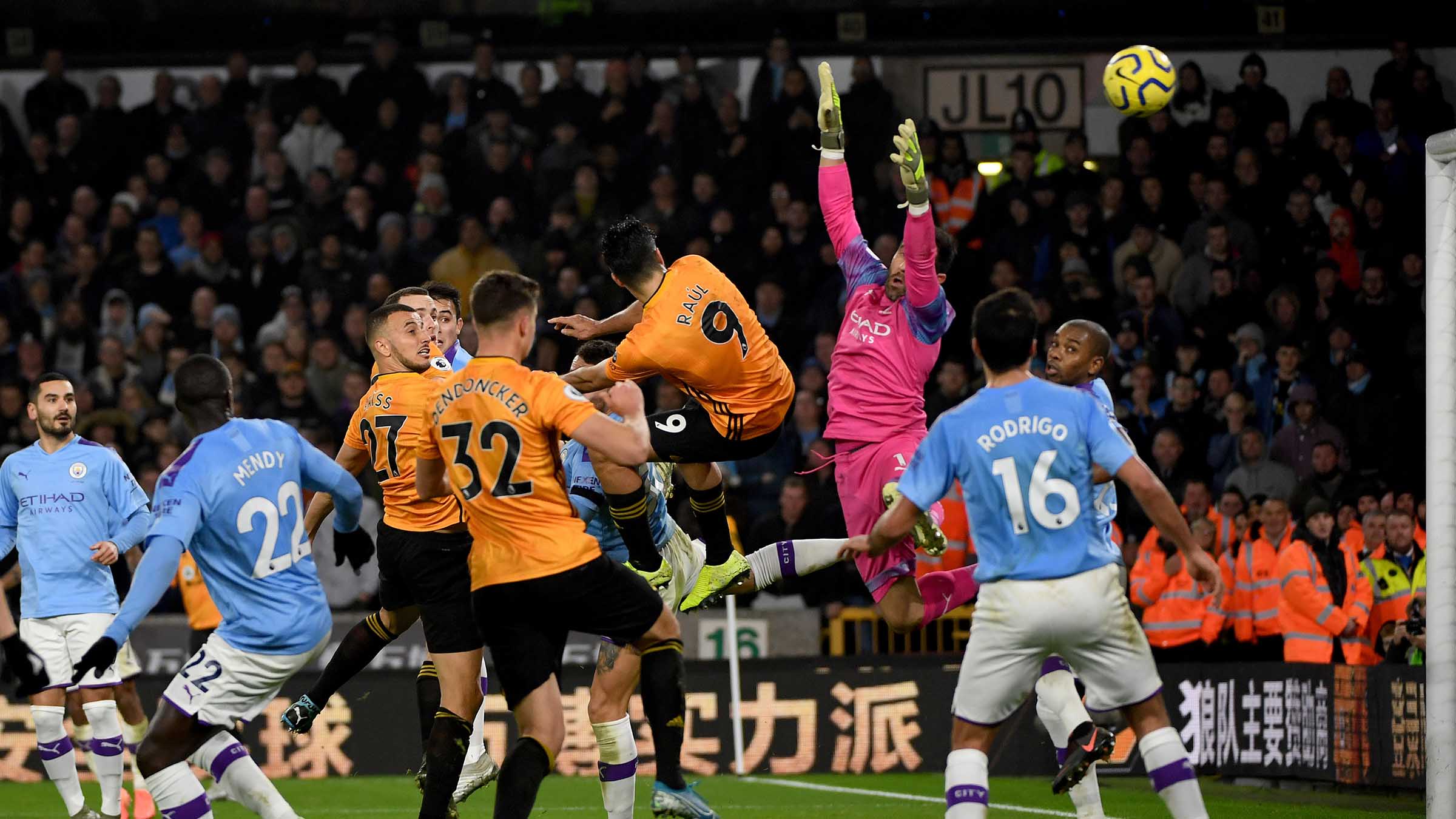 “When they try to stop him, most of the time they try to be with one more player so it’s two against one, sometimes even three against one, but I think he did well in this game, and we were happy for him.

“We were joking most of the time with him because when he tries to shoot, the ball goes everywhere except in the goal! But he scored in the best moment that we want and expect from him, so the first goal was good for us.”

On getting back level

“At 2-1, we still had time to come back and that’s why we kept pushing, and we scored the second and then the third goal.

“After Adama got the ball back from Mendy, you have to stay calm to do the right pass and the right things. Staying calm is really important because sometimes you are doing some good things, but after you are in a rush because you want to do more. I think he did really well.

“He made the pass that he has to do, and we know that when Raul is in front of the goal, he’s a killer. It was a great goal because we recovered the ball really high, he fought hard for the ball and he made a great pass for Raul.”

On his confusion surrounding Doherty’s winner

“I was really calm with the ball and really comfortable in the game and was saying to the players on the pitch, ‘keep calm, take your time, we can keep the score’.

“It was the first time that ever happened to me because normally you should know, but the game was so emotional for everyone, the crowd, all these things, you have to be aware, but because they have so many talented players in their team, you’re really focused on them and I completely forgot the score!”