For a ‘Hall of Famer’ who sits 11th on the all-time appearance list for Wolves, one afternoon at Wembley Stadium stands out among the hundreds of games legendary flying full-back Andy Thompson ever made in gold and black.

The former defender and Wolves club co-commentator joins his commentary partner Mikey Burrows as the latest guest on the Old Gold Club’s My Golden Game podcast, as he discussed the 1988 Sherpa Van Trophy final, as his boyhood club overcame Burnley by two goals to nil.

Andy Mutch and Robbie Dennison got the goals back on 29th May 1988, and for Wolves supporter Thompson, who had watched his beloved team fall from First Division champions and into the fourth tier, winning that competition, together with promotion back into the Third Division, signalled the rebirth of the once-great club.

On a pre-final training camp in Mallorca

“Between the end of the season and the Sherpa Van final, there was a three week break, and the manager had the plan to take us away for the week as a sort of training camp, but it didn’t really materialise as such.

“The manager decided that we should have a week in Spain. We went off to Santa Ponsa in Mallorca. It was interesting, because he wanted it to keep the team spirit going and keep the momentum going during the break, and we went for a training camp, but it turned into a relaxation more than anything.

“We were all focused on what we needed to do and what we were there for, but it was quite relaxed for the week – there possibly was a bit more drinking than there should have been with a final coming up! I’m sure that wouldn’t be the preparation for a lot of people nowadays.

“Burnley were there as well, which just shows you the mentality of football 30 years ago! Teams would never even think of that now, they’d definitely make sure their training camps are somewhere else where’d they’d be no chance of the teams meeting ahead of a final.” 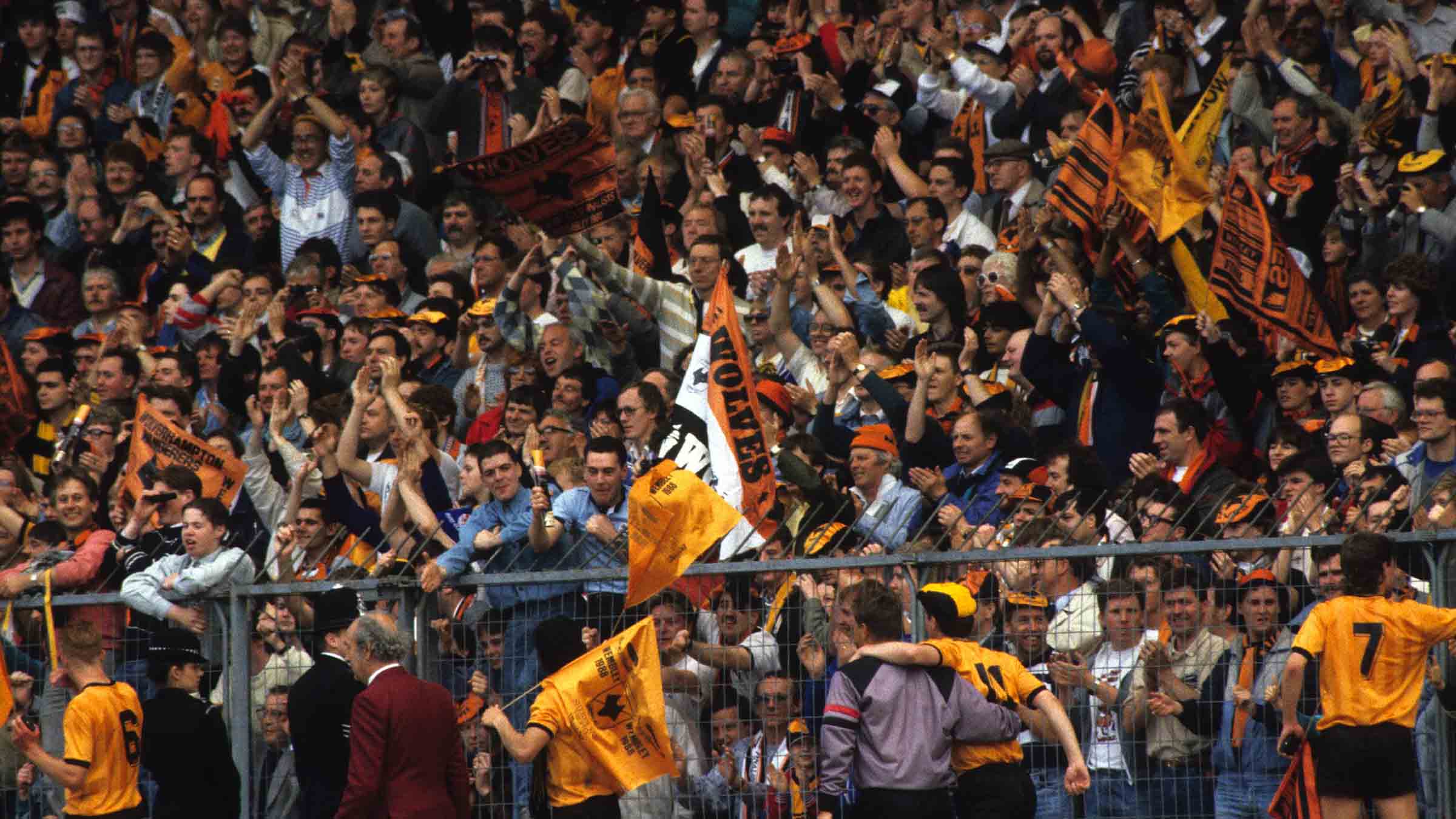 On the Wembley atmosphere

Before we even got into the stadium, we saw the amount of fans who were travelling to it, so you knew what it meant to the club.

Once you were in Wembley, there was a bit walk up from behind one of the goals, and the roar when we first came out was like nothing that I’d ever experienced before – the roar of noise from the 50,000 Wolves fans there.

You’re talking about a Fourth Division club – what would now be a League Two club – who were struggling at the time, so to have 50-odd thousand people there supporting you, was something that will always live with me forever.

It was unbelievable. The hairs on the back of your neck stood up, you had thousands of people screaming and shouting, and everything else. It’s hard to put into words the feeling when you first come out of the tunnel.

On the expectations to win

“We’d already beaten Burnley 3-0 home and away in the league that season, and we finished about 20-odd points ahead of them, so we were overwhelming favourites going into the game and all the Wolves fans expected us to beat them again.

“We knew the expectations we had on us, but we knew our strengths and we knew if we stuck to the game plan with the team that we had, that we could win, and straight from the off, we dominated the game.

“‘Mutchy’ put us ahead and then ‘Denno’ had the free-kick, which the keeper should have done better with, but it was still a great goal from Robbie. We knew he had that in him from set-pieces, because his delivery was always very good in general, but it was a class finish into the top corner.

“I know Robbie’s goal kind of overshadowed Mutchy scoring in the final at Wembley, but I’m sure he’ll still be happy to have had the accolade of that goal. But when Robbie’s went in, that was the moment we knew we’d won the Sherpa Van.” 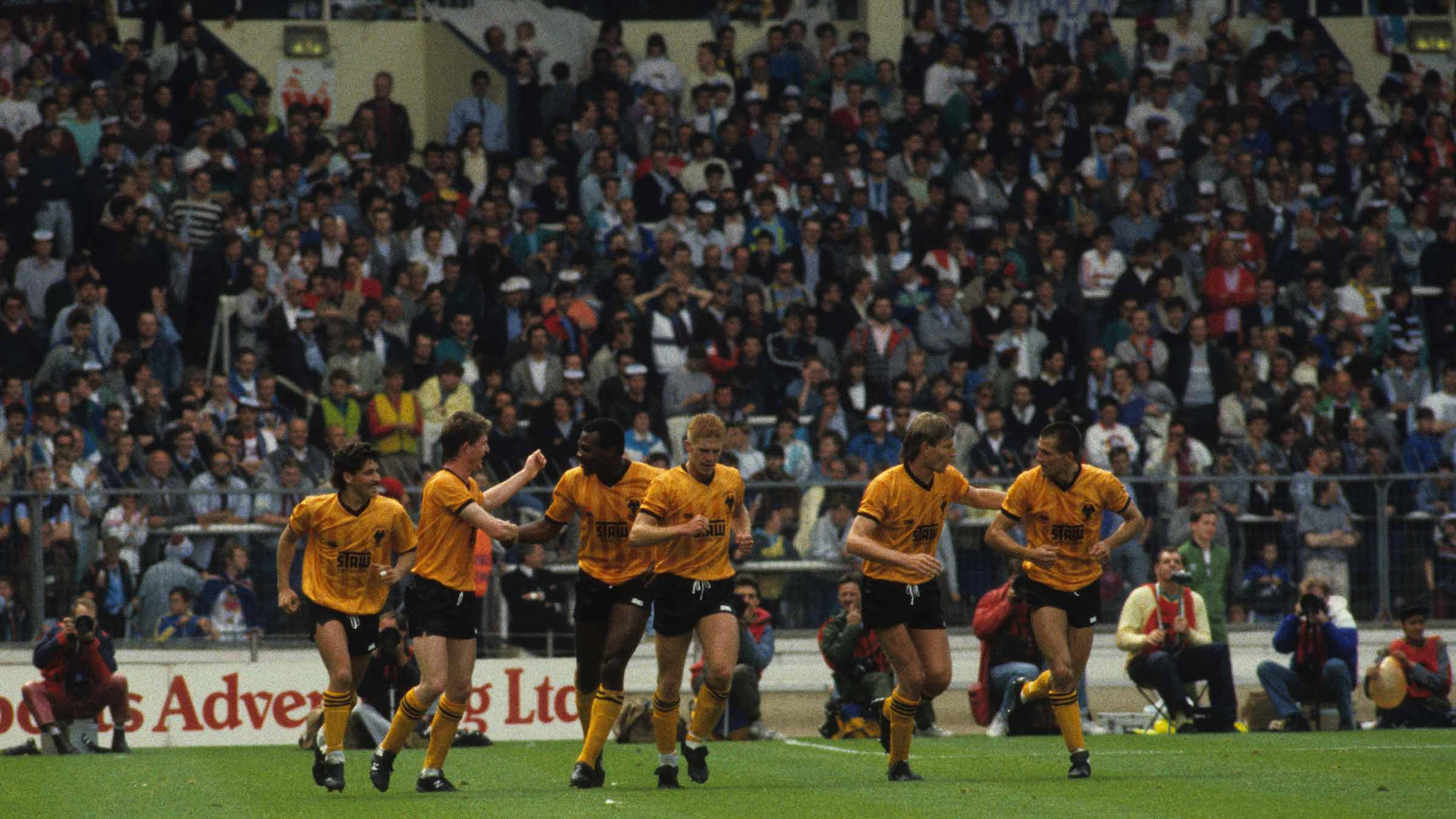 On being part of a memorable rise from the ashes

“From that squad, me and Bully are the only two who still live in the area. I know Robbie lives Birmingham way, Keith Downing lives in Bromsgrove, so there’s only the two of us who live in the area.

“When you move out of the area, you still have your Wolves fans nearby, because there are Wolves fans everywhere, but being withing the vicinity of the city and the club itself, you do hear about what people think and how people judge you on it.

“Being a Wolves fan as well, it was important to me.”