Inside The Museum | Billy Wright's Contract

One of the most interesting artefacts in the Wolves Museum focuses on one of the club’s greatest ever players – former captain Billy Wright, who led the club to multiple league and FA Cup titles as well as becoming the first player in history to reach 100 caps for their country while wearing the England armband 90 times.

Pat looks back at a contract signed by the late Wolves legend just after the Second World War had finished.

He explains: “During the war, Wright was in the Army as a PE instructor, like a lot of the footballers were at that time, and he played at Leicester City as a guest. On the contract, it has him signing on 4th May 1946 and includes the details of his former family home. 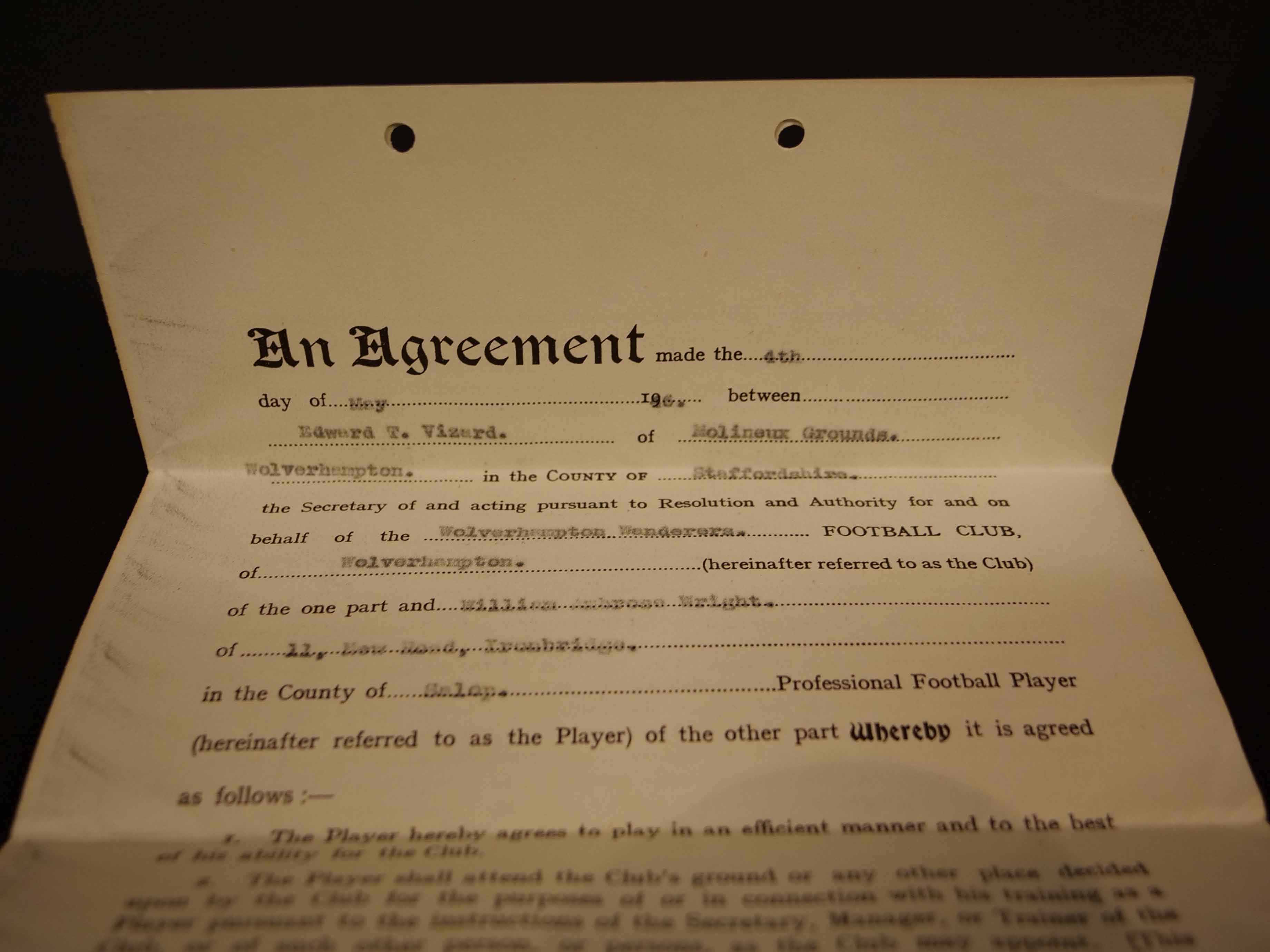 “There is another family who have now moved into that house and are trying to open it up to the public and want to place a plaque on the outside of the wall.

“The contract is quite a lot shorter than the ones the players will be signing today, as it’s very brief, but still has what they are and are not allowed to do.

“The contract also includes details of Wright’s wages which were £3 per week and a bonus of £5 per match played in – so he would have had to make his way into the first-team, but that’s still good money for a young man straight after the war. That would have been about three or four times the average industrial wage at that time.”'