In the museum stands a photo of Wolves’ 1889 FA Cup finalists – the first Wolves team to reach that stage of the competition. They were defeated 3-0 by Preston North End, in front of an estimated 27,000 spectators at the Kennington Oval in London.

“Unlike the team today, back in 1889 you can see the team played in stripes but not even gold and black stripes, Wolves then wore red and white. 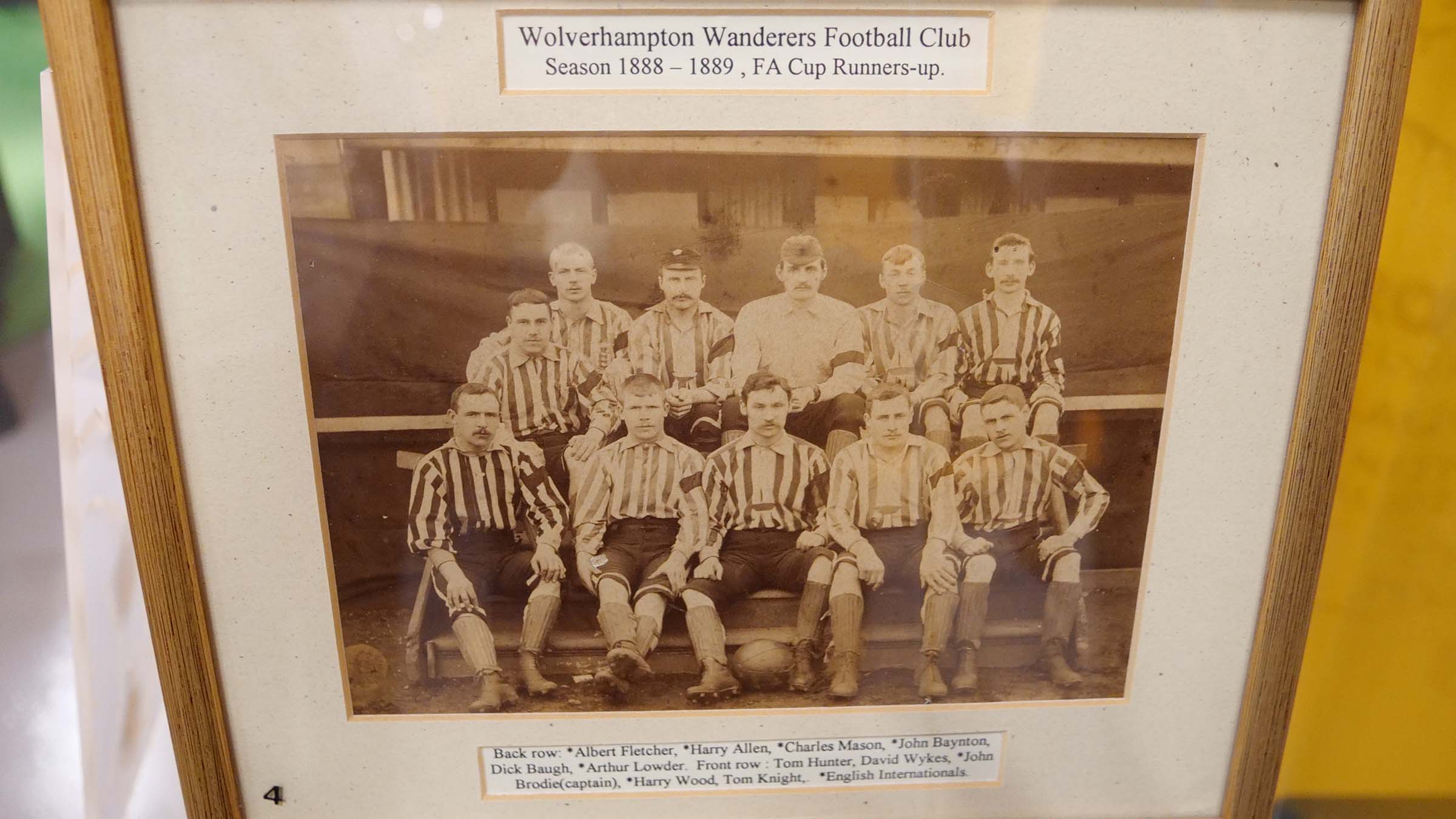 “The players are wearing black armbands in the photo because the man at the front, John Brodie, who was one of the founders of the club, his father had died just before the photo was taken.

“The player to the left of goalkeeper John Baynton, the other founder of Wolves, was a full-back called Charlie Mason who was the first Wolves player to get an England cap. He got three in all and is wearing it on the photograph.”