Inside The Museum | Real Madrid Banquet

On 17th October 1957, Wolves took on the reigning European Cup holders, the mighty Real Madrid – widely considered the best team in the world at that time – under the lights at Molineux.

Filled with stars such as Santamaria, Zarraga, Kopa, Di Stefano, Rial and Gento in their line-up, Real’s reputation took a heft knock as they went down 3-2 to Stan Cullis’ men in front of 55,169 supporters.

Goals from Dennis Wilshaw, Peter Broadbent and Jimmy Murray gave Wolves the victory, with one special momentum from that match currently on display in the Wolves Museum.

Pat explains: “We have a menu for a banquet that was held following the floodlit friendly victory against Real Madrid in October 1957, shortly after Madrid won the European Cup for a second time. 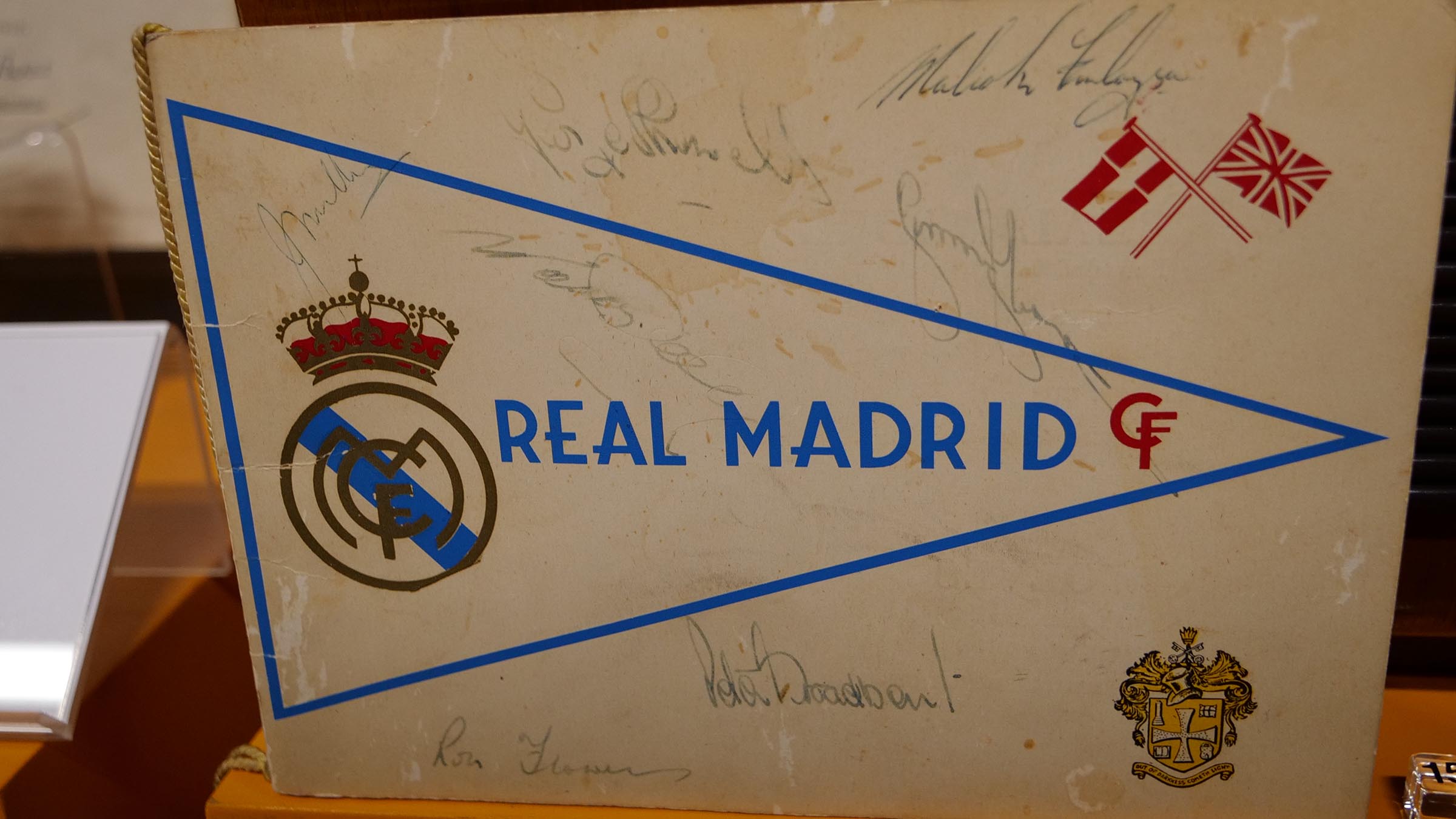 “Banquets involving the football club were quite a popular thing at the time, with players and staff from both teams invited to share a fancy meal together. Back in the 1950s, these banquets would have been quite posh occasions, and the menu would look similar to that of a wedding.

“But you look at it now, and it’s what we would expect for a usual Sunday lunch – they had melon or cream tomato soup for starter and roast turkey with stuffing for main course.

“Back then, Turkey wasn’t even Christmas food, that was chicken, so turkey was quite rare and eaten as ‘posh’ food.”