The man with the second-highest goal tally of all those players to have worn the gold and black, ‘King’ John Richards’ selection as his Golden Game might have come as a surprise to many.

With 487 appearances to choose from, as well as the 194 goals – including six hat-tricks – the former striker has reflected on a match where he didn’t find the back of the net, but did play his part in helping Wolves achieve victory over one of the greatest teams in world football, Juventus, back in the 1971/92 UEFA Cup quarter-final.

In the latest episode of Wolves’ new podcast series My Golden Game, Richards speaks about his first ever visit to Italy and memories of a game which will forever have a place in the hearts of old gold supporters of a certain generation as Wolves progressed into the semi-finals of the competition at the expense of the Italian champions.

On a golden game (without scoring) for the striker

“Picking a game just because you scored a goal is a bit too obvious. I could have picked a game where I scored a hat-trick – those were memorable. But to me, this was the game that fired me up from an international point of view.

“Suddenly, you were competing against players of an international standard and at the top level and you’re thinking, ‘This is it. This is the level that you want to be playing at.’

“To come up against world-class players and a club with the quality of Juventus just took it to that extra level from a player and personal point of view. It’s how you want to measure yourself against players like that. We performed well and beat them in the second leg. You take that away with yourself and think, ‘We are good enough to be playing at this level.’”

On reaching the quarter-final

“It was an interesting one because we were a mixed team from the point of age. There were people like myself, Kenny Hibbitt, John McAlle, people like Alan Sunderland around, Steve Daley. Kenny and I were just 21, John had just turned 22, and that 1971/72 season was my first full season as a recognised member of the first-team.

“We’d played against three teams in the lead up to that quarter-final, teams from Portugal, Holland and East Germany, and, to be honest, those three teams, [Academica de] Coimbra, [ADO] Den Haag and Carl Zeiss Jena were alright, but they were games you just took in your stride.

“But then suddenly, the quarter-finals, we got Juventus – one of the biggest teams in Europe, and as a 21-year-old, you realised that this is actually what the game is about, this is what you wanted, the  opportunity to play against teams with that standard and players of that quality.

“As soon as the draw was made, there was a buzz. This is what European competition is all about; playing against a team like that. Even our senior players were excited.”

On arriving at the Stadio delle Alpi

“All I can remember about the stadium itself was just the noise and the passion of the fans in the build-up to it. It was nothing like the other three games that we’d had.

“This was Juventus. This was the team which were top of the Italian league at the time, and they went on to win the league that season and the following season, with some of the world’s best players. You’d got [Pietro] Anastasi up front, you’d got Helmut Haller, the German international who’d played in the World Cup final against England in 1966, and people like Fabio Capello.

“These were the players you wanted to play against. Plus, it was an adventure. I’d only been at the club less than three years, I was still young and it was my first ever visit to Italy, so to go to a place like Turin was absolutely fantastic, just to see the city itself and the way the people were.”

On claiming a draw in Turin

“It was a really tough game and we knew that was going to be it. But interestingly we had Danny Hegan in our team and Mike Bailey wasn’t in at the time, I can’t remember whether Mike was injured, but Danny was in the midfield alongside Kenny and Jim McCalliog.

“Danny was a great little player and had been in and out from a playing point of view, but in training he was superb and had as much skill as anyone I’d ever seen but didn’t always do it on the pitch, but he did that day.

“That midfield really outdid Juventus. Danny was marking Helmut Heller and after the game he came into the dressing room after the game and looked in his shorts’ pocket and said, ‘Oh, there you are Helmut!’ He was the star that day, without a doubt.”

On a crucial away goal

“John Charles gave us the advice that if we get a draw, even a nil-nil, we would probably be alright to get through in the second leg because they’d probably send a weaker team because they were focusing on the Italian league at the time.

“That gave us a little bit of food for thought because we were 1-0 down at half-time, and then Jimmy McCalliog scored midway through the second. We were definitely under the cosh a bit, but John’s words definitely helped us out because we knew full well that getting the away goal would give us a great chance.

“John was spot on. For the second leg, they didn’t send their full team – they had a strong team, no doubts about it, but they’d left two or three of their key players out.” 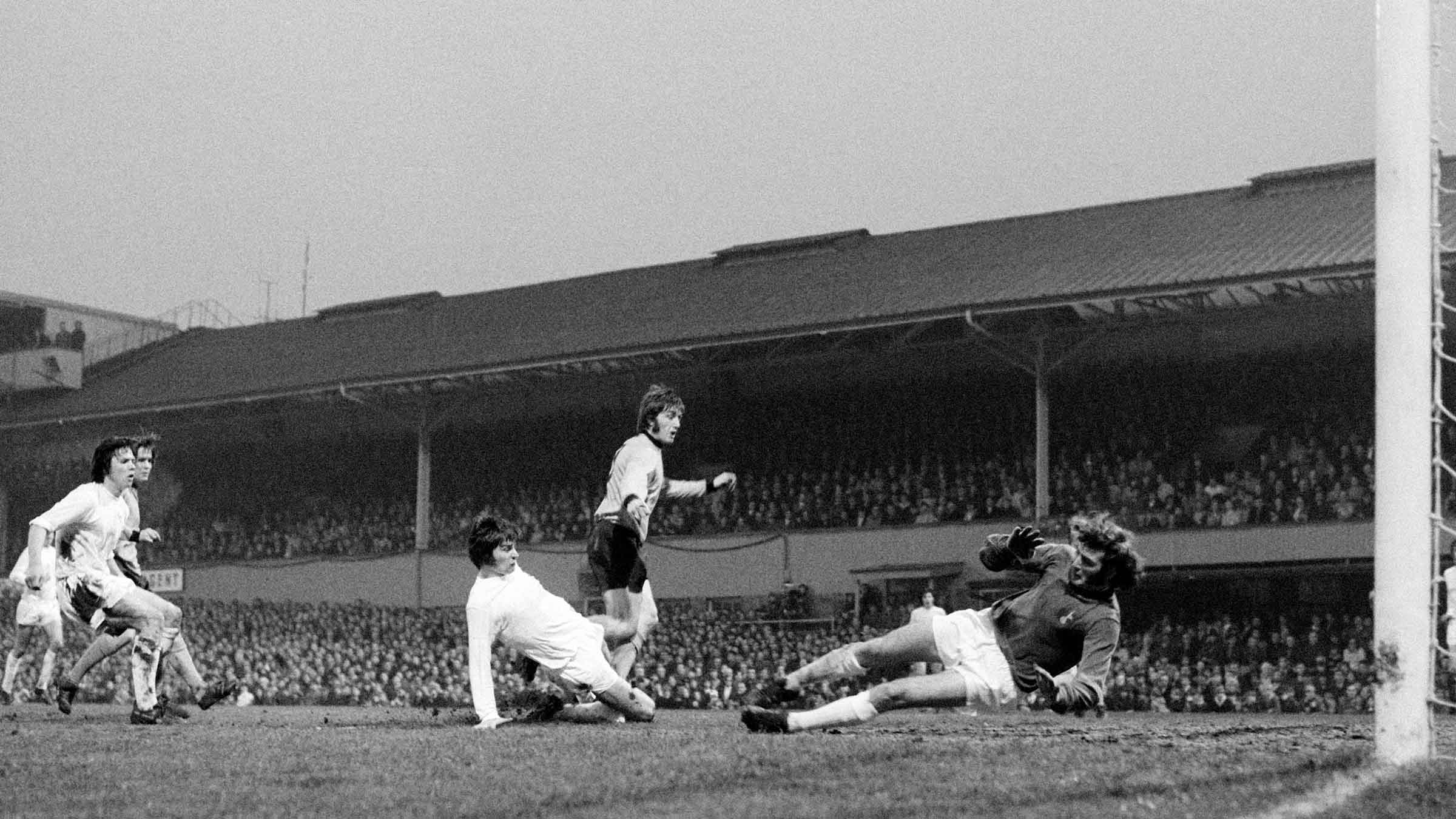 On the importance of this fixture

“It kicked on from here and I scored a lot of games that season. I was selected for the England under-23 squad at the end of that season, and I think it was the performances in Europe that helped me get that sort of selection.

“It was a key year for me. It was a key season and a key match which actually elevated me as a player, not just in the team, but in the country.”