Following an outstanding performance by Wolves to get back to winning ways on Sunday afternoon, Nuno’s men are straight back in action as they travel to Turf Moor to take on Burnley. Here are five things to know ahead of Wednesday evening’s 6pm kick-off.

Since the Premier League restarted a month ago, all matches have been streamed live on a variety of broadcasters, with Wolves’ first six fixtures following the Covid-19 suspension coming on either BT Sports or Sky Sports. But on Wednesday evening, the country’s eyes will be on Nuno’s men, as Burnley vs Wolves will be shown live on the BBC.

So far, two matches have been shown on the Beeb, with the first, Bournemouth vs Crystal Palace, bringing in 3.9 million viewers and falling just short of the record viewing figures for a Premier League fixture. But it didn’t take long for the channel to break the record, with Manchester City vs Southampton becoming the most-watched Premier League match ever on British television, with a peak audience of 5.7 million. However, with the game being split between the first-half on BBC Two (live from 5.30pm) and the second-half on BBC One (beginning at 6.55pm), it is unlikely Wolves’ upcoming fixture will be another record-breaking outing.

Unlike ever before, home advantage in the Premier League is almost non-existent. With no supporters inside the stadium to push on their sides, it practically removed any benefit of playing at home stadiums. But Wolves are one of the few teams who might even benefit from this. Nuno’s men have an almost identical record away from Molineux as they do at home, earning 1.56 points per game at their home, compared to 1.59 points on the road.

In fact, only Southampton have a better record away from home than at home than Wolves this season, earning 1.56 points per game away from St Mary’s than one point at home. While Wolves have also lost just four away Premier League matches this season, with champions Liverpool being the only team to have been defeated in fewer games this campaign. 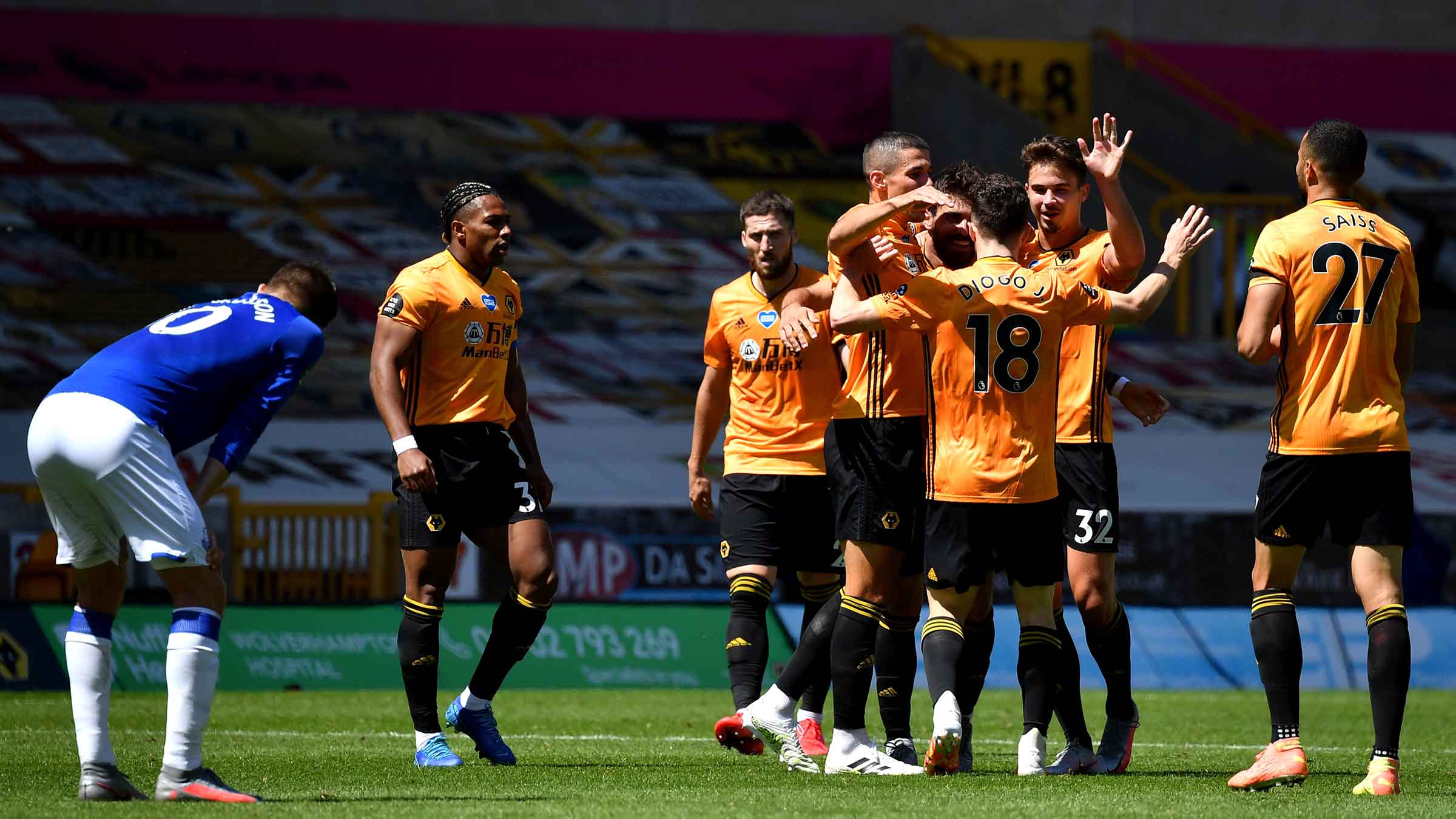 3. STATS ARE IN BURNLEY’S FAVOUR

Looking at the pre-match stats, many point in the direction of the hosts as the more likely to claim the victory on Wednesday night. Wolves have won just one of their last seven league games against the Clarets, which was a 1-0 win at Molineux in the Premier League last season, while Burnley have lost just one of their previous 13 top-flight games, being unbeaten in six at Turf Moor.

Wolves’ opponents have also won each of their last three midweek Premier League fixtures, having won just one of their previous 11 in such games in the competition. But, as we all know, football is not played on paper.

Wolves are a good side and they are still pushing and delivering. They seem to have a good way of working that is operating well for them. Nothing but positives for me on what they try to achieve and how they go about it.

4. GOOD AT BOTH ENDS

Both Wolves and Burnley have been showing their prowess at either end of the pitch this season. At the back, the old gold have kept eight clean sheets in their last 11 Premier League games, after making just four in their opening 24. Keeping it tight before half-time has also been a key component of Wolves’ matches since the restart, with just one first-half goal conceded in the last six fixtures. Wednesday night’s hosts are also showing strength in defence, with goalkeeper Nick Pope keeping 14 clean sheets this season, just one behind Joe Hart’s record number of shutouts for an English keeper, who kept 15 for Man City in 2015/16.

At the other end, Jay Rodrigues has been involved in 80 per cent of Burnley’s goals since the restart, scoring three and assisting one in each of his last four appearances, while Raul Jimenez has scored eight match-winning goals this season – more than any other player. The Mexican is also just one goal away from becoming the first Wolves player to score 17 goals in a top-flight season since John Richards in 1975/76.

Supporters were calling out for changes to be made to Wolves’ regular starting 11 following last week’s disappointing pair of results, and Nuno duly obliged. In came a new wing-attacking pair of Daniel Podence and Pedro Neto, while Leander Dendoncker partnered Ruben Neves in midfield. But with Joao Moutinho, one of six Wolves players to have played in every match this season, Diogo Jota and Adama Traore all pushing to get their places back, will the head coach decide to make changes to a winning team?

Sean Dyche has a full set of players to chose from ahead of the visit of Wolves, with Chris Wood recovering from an achilles injury which has sidelined him since the restart. The Clarets boss also has Johann Berg Gudmundsson and Robbie Brady available after the pair have both had injury hit campaigns.