Scoring the winner against a team packed with superstars, it’s little surprise Dave Edwards chose 2010’s Molineux victory over Manchester City as his topic on Wolves’ My Golden Game podcast.

In the second edition in the club’s new podcast, Edwards recalls how the City juggernaut was in the early stages, and a glut of big names arrived in the West Midlands on 30th October 2010, but found a Mick McCarthy side, packed with guts and determination, in their way.

Edwards was in the heart of the midfield and struck the winner, beyond his good friend Jot Hart, on an afternoon he discusses with Mikey Burrows in the latest My Golden Game podcast.

On his favourite Wolves game

“I remember we were on a really tough run, so it was a big game for us. Man City had just started spending all the money and it was one of our first giant killings. It was an amazing game to be involved in. There have been so many memorable games, but I think that Man City game pips it for me.”

“They had superstars playing for them. They hadn’t gelled into a team yet, but had the likes of Adebayor, Toure, Balotelli, Silva, so they were spending a lot of money and were waiting to gel. At any point you knew they could turn in a performance and you didn’t want to be on the end of a 5-0. It was important.

“We knew when we were in a bad run of form under Mick that we’d had to grind out a result and be resolute, and that’s what we did. We got off to a tough start, ‘Stears’ gave away a penalty and City took the lead, but we rallied really well.

On the character shining through

“It breaks the glass ceiling. These guys aren’t invincible. You look at the names on paper, there’s not a chance we should have won that game looking at the team sheet, but it’s not down to that.

“It’s 11 versus 11 at the end of the day, and we always knew we could rely on the person next to us. That’s what a Mick McCarthy team was always about. We knew to a man everybody was going to give their absolute all and if we could stay in games, we were going to get chances.

“There was still quality in there. We had players who could hurt opposition and good honest lads to stay in football matches.” 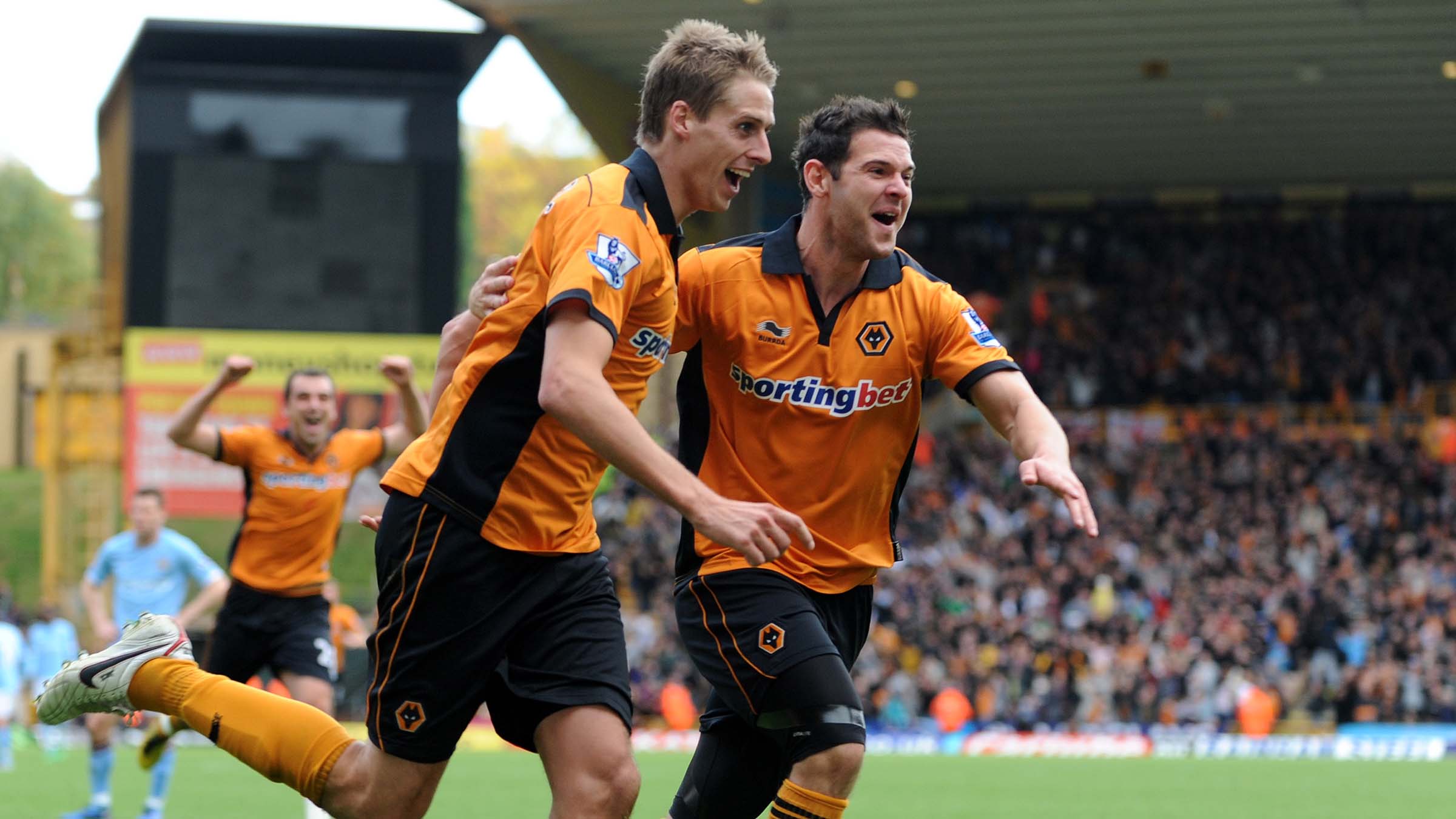 On savouring the Premier League

“This was quite a frustrating time for me because I was struggling with injuries and didn’t have much faith in my body. I knew if I pushed myself to the extreme, which I always did in games, there was a chance I’d get a little muscle strain or something like that.

“Consequently, at the turn of the year we played Blackpool at home, and I fractured my back. We didn’t realise how much of a part that was playing, I was constantly getting muscle injuries, little tears in my groin or hamstring, so I missed one or two weeks, and I couldn’t get a good run going.

“I wanted to play as many games as possible because I knew when I looked back on my career, the Premier League years were the ones I’d look back on most fondly. The stadiums you play at, the games you play in, so I was trying to keep myself in the team as much as possible.”

On feeling the pressure playing for Wolves

“It’s not just a game, at times I wish it was, but it’s not. You’re there to entertain and get results. We do have a huge effect on the mood of fans, whether we like it or not.

“I guarantee life-long Wolves fans would have had tough years alongside the club in 2012, 2013, but if you compare it to now, I bet their life is so much better because the football’s going well. It does have a huge effect and, as players and staff, you do take that responsibility for it.”