Spending ten years at Molineux, including two separate spells in the Premier League while wearing gold and black, former Wolves captain Jody Craddock was well respected in the game for being the utmost professional and a rock in the heart of defence.

I was into my fourth year at Sunderland and we had just been relegated from the Premier League. They were moving a couple of players on and I happened to be one of them. It was as simple as that. It’s what happens when a club gets relegated, a couple of players have to move on. Wolves came in for me, which was great, as I got to continue playing football in the Premier League. I’m from the midlands and was born in Redditch so it was nice to come back here. I’d had some tough times at Sunderland after losing my son, so it felt like a nice fresh start to come back to my family.

It was definitely not the result I wanted, getting a slapping by Blackburn! It’s not one that I would like to remember, but that’s what happens sometimes. It was a tough season for us, the club’s first time back in the Premier League, and as a team we just weren’t good enough.

Again, there wasn’t any game that sticks out that I would consider my worst, but there were plenty of matches in that first season where we were pretty bad. When you get relegated as a player, you’re trying your best, trying to do everything right and it’s just not working. It’s a slippery slope and when you’re on it, it’s hard to get out. You’ve got to be positive as a footballer, you can’t be negative as that affects what you do. I just thought we’re dropping down to the Championship, so now I’ve got to work hard to get back up. It’s the only way you can approach it.

It’s got to be Sylvan Ebanks-Blake. I did a night with Matt Murray a couple of weeks ago and to prepare myself I watched the video of the 2008/09 Championship promotion season. You kind of forget things that happened years later, but watching Sylvan back from that season, he was just quality. During that promotion year he was totally unstoppable. I marked him in training every single day and it was a hard graft for me to contain him, and he just went on the pitch and did the business there too. I don’t want to take away from players like Alex Rae, who was brilliant, but Sylvan just stands out for me. 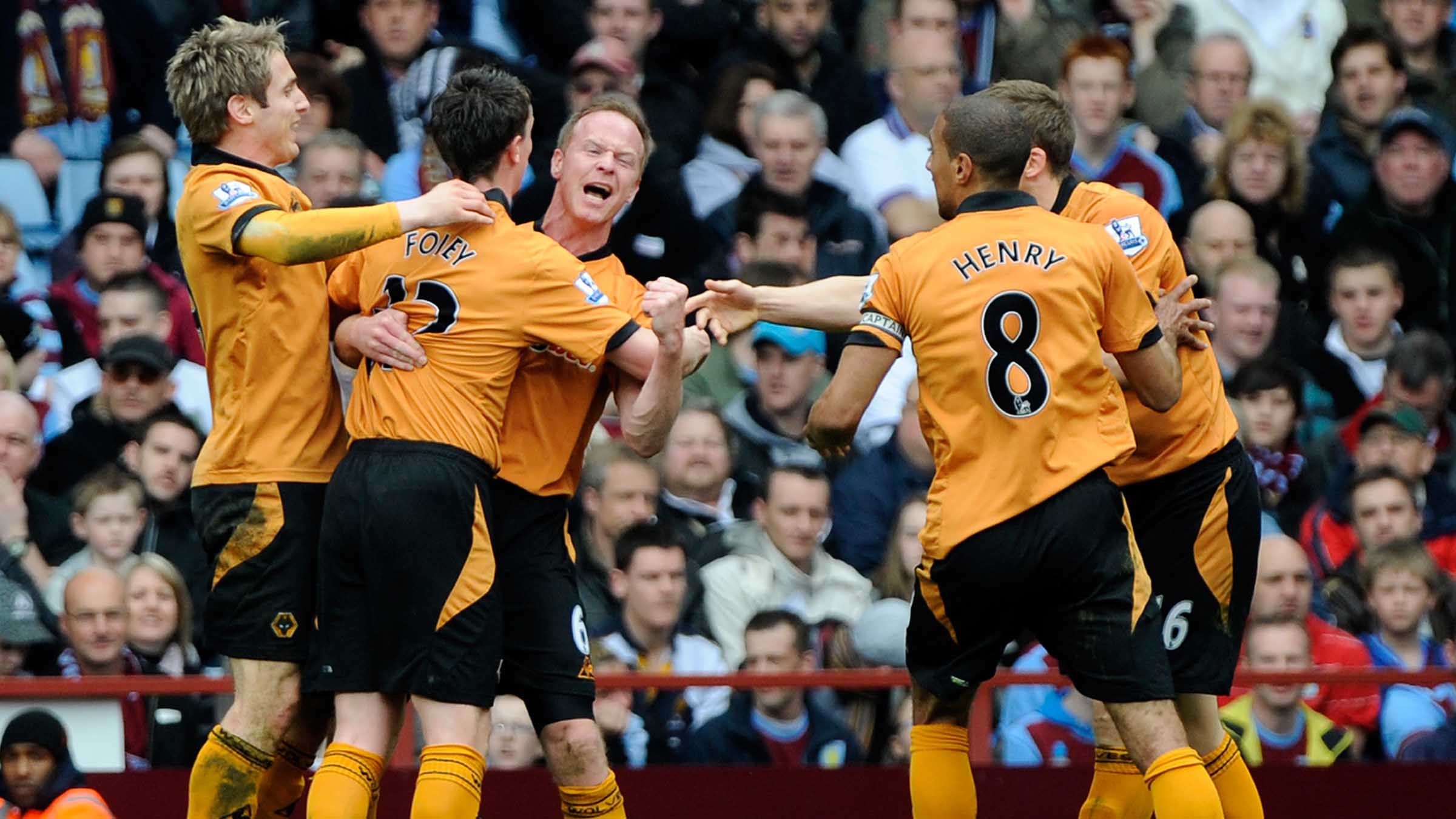 Someone who was a really good trainer was Danny Batth. He was coming through in my later years at Wolves, but Danny was really hard working. I always thought to train the way I would play, so I’d work my socks off, come in early, do my weights and stay behind after. For me, that was how I needed to do it to be a footballer and I saw that in Danny too. He worked really hard and prepared for training as if he would for a game.

There wasn’t many who were bad in training, but there were a few who didn’t enjoy it as much as I did. Sylvan was one of them who might not have enjoyed it as much as I did, but he did it on the pitch, which I suppose is what counts! I remember we would only see him in the gym when it was coming up to the summer and we were all going on holiday somewhere, so he wanted to get his body looking good for the beach!

Mick McCarthy because he was honest. I’m not saying other managers weren’t honest, but he would always be honest. He would tell me this why I’m playing, this is why I’m not, this is what you need to do to improve, and he got the best out of me. You want your manager to get the best out of you and Mick was one who definitely did that, which, as a player, is all you can ask for.

Christophe Berra was my roommate. If you’re a centre-half, you usually room with another centre-half, so I was mainly with Christophe.

Graham Stack. Without a doubt. If you’re going to be a goalkeeper, you have to have a little bit of a screw loose! He was so funny, but you need players like that in the dressing room who are a bit different. Everyone will have a laugh and a joke, but sometimes when you lose a game, you are all feeling down and need someone who will be there to pick you up. Being a footballer is like being at school but without having to do any work – you’re with your mates, having a laugh and playing football, and ‘Stacky’ was that character who kept everybody’s spirits and the team morale high – which is something you need if you’re going to do well.

I would try to lead by example. When I was at Wolves I would be there first thing in the morning and be last out of the door. I wasn’t a screamer or a shouter, I always tried to do things right, lead by example, give the young lads as much help as I could, so I would always have that type of role.