A man who bought into the Wolves way and gave everything for the shirt, Paul Cook left nothing out on the pitch during his 214 appearances in old gold and club during the early 1990s.

I was playing for Norwich and Wolves bid £250,000. I hadn’t been at Norwich long, but Wolves offered me an opportunity to play football. Norwich were going very well in the Premier League at the time, and they wanted me to stay, but it was a case of me wanting games. I loved football, like I do today, and I don’t think I realised at the time how big a club Wolves were, but my first game at Molineux was against West Ham, we won 2-1 and 24,000 fans were there.

My first game was Leicester away on a Tuesday night. The atmosphere at the old Filbert Street was absolutely unreal. Wolves travelled really well and Leicester were a good club. The Championship, even in those days, was a very strong league and a good league to be in, it was just like it is today, club clamouring to get into the Premier League.

The fans were huge in keeping the club going. There was a lot more of a personal touch then, between players and supporters. In those days we’d know the guys who travelled, we’d leave them tickets for the game, and that’s gone a little bit now, but that’s the way football is.

Any game where we beat West Brom. There was a night at Molineux where they’d gone 1-0 up, I managed to equalise and ‘Bully’ got the winner late. They were huge nights for the fans. I still get a bit of stick when I go to West Brom – they must be getting old if they can remember me playing, that’s for sure, but it’s good banter and I enjoy my association with Wolves.

We were trying to get in the Play-Offs one year and took 10,000 fans across to Barnsley, but it wasn’t a great day. I can remember Graham Turner telling us to lift the supporters at half-time because we’d let them down, so that wasn’t a great day and we ended up getting beat 2-0. 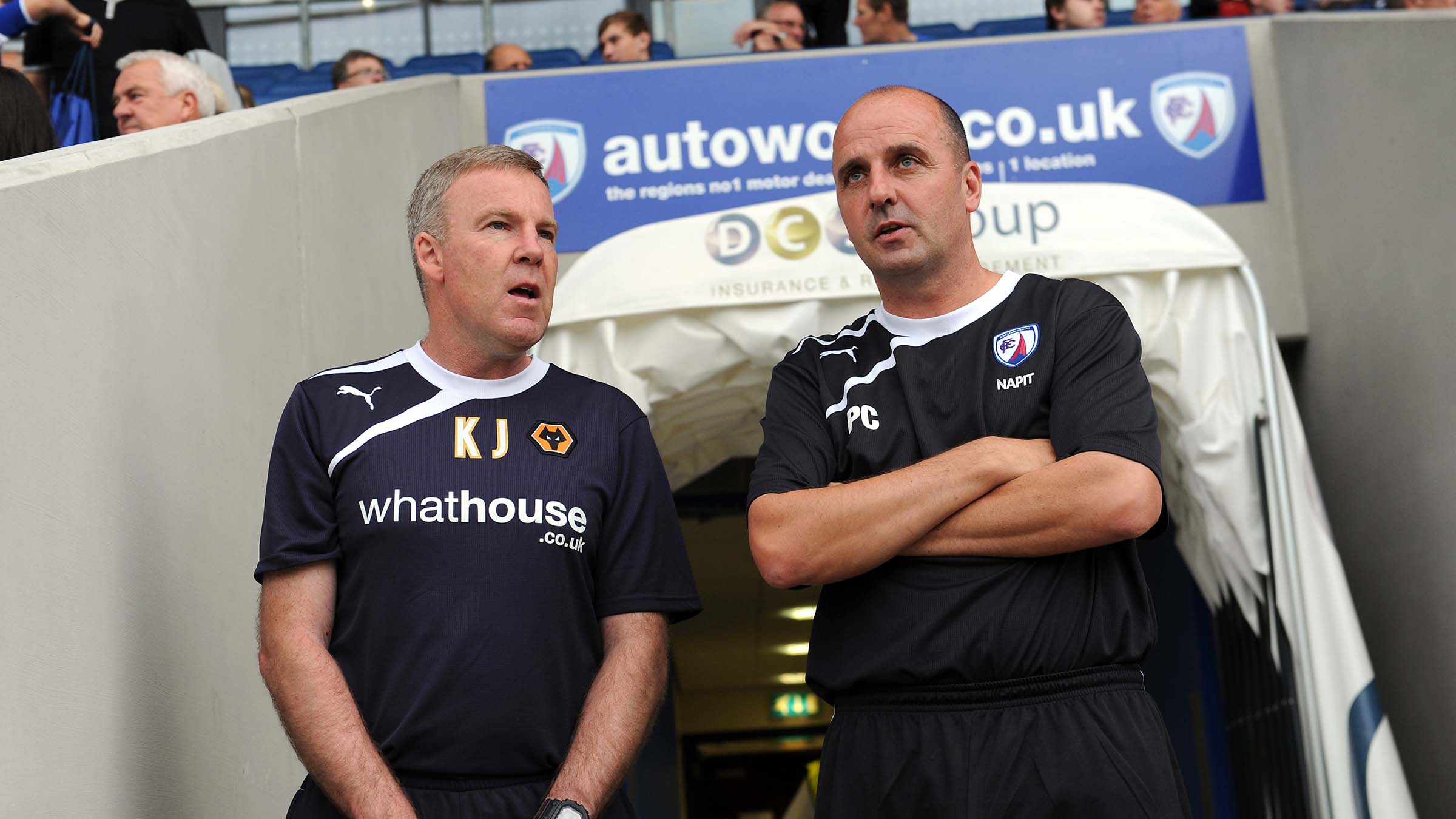 ‘Bully’ got all the recognition and rightly so for what he did throughout his time at the club, he got international recognition and scored for England, but Wolves had a lot of good players. Lads like Andy Mutch, Robbie Dennison, Keith Downing and Andy Thompson had been involved from League Two all the way up. However, fans will always have their favourites and ‘Bully’ will stand out and rightly so.

The lad Keith Downing was a very good player and very committed to Wolves. In most teams, sometimes it not the ones who take the limelight that are the most appreciated, especially in dressing rooms.

Andy Mutch. We were both Scousers living over in Telford at the time. We’d travel in from Shropshire and room together.

We had a centre half called Shane Westley who was a great lad and very lively in the dressing room, but all the lads got on really well. One of the problems when clubs are changing, the turnover in dressing rooms can be too much. In the modern day lads don’t seem to spend too much time at clubs which doesn’t harness for team spirit.

I’d have enjoyed playing in the Wolves team, with the style of play they’re playing. I would have been one of the central midfielders, but the players Wolves have fit into the system perfectly. If you want to be better, you have to recruit better players, which is a challenge for clubs doing as well as Wolves.

Neves wouldn’t get in my Wigan team! Seriously though, it’s great to see. Nuno’s done a fantastic job, Wolves have made a massive jump in a short space of time, which credit to everyone at the club, none more so than the manager. For the club to be in Europe is a great benchmark for where the club is today.