When Wolves hosts Espanyol at Molineux next Thursday evening, Nuno Espirito Santo’s side will be creating history as the first Wolves side to take part in the main knockout rounds of major European competition in almost 50 years.

The last time a team in gold and black stepped out in the latter stages of continental football was all the way back in the 1971/72 UEFA Cup – the first ever staging of the UEFA Cup (which is now known as the UEFA Europa League) – in which Wolves went all the way to the final.

In honour of the current side’s Europa League achievements, we’ve delved into the history books to look back at the times Wolves teams of old represented the club in the knockout rounds of Europe.

As English Football League champions for 1958/59, Wolves were back in the European Cup for the second consecutive season, as they powered past Vorwarts Berlin to reach the 1959/60 round of 16 and a two-legged tie against Yugoslavia’s Red Star Belgrade.

However, Stan Cullis’ [pictured below] dominant Wolves side had to make do without two of their major players, in Jimmy Mullen and Billy Wright after the legendary England captain had hung up his boots following the league title win.

Taking on the Yugoslavian champions in Belgrade for the first leg, Norman Deeley’s away goal in front of 62,000 supporters made it advantage Wolves after a 1-1 draw. Bringing the tie back to Molineux, Wolves were lethal at home, with Bobby Mason’s pair of goals added to by a Jimmy Murray strike to comfortably take the club into fresh territory – the quarter-finals. 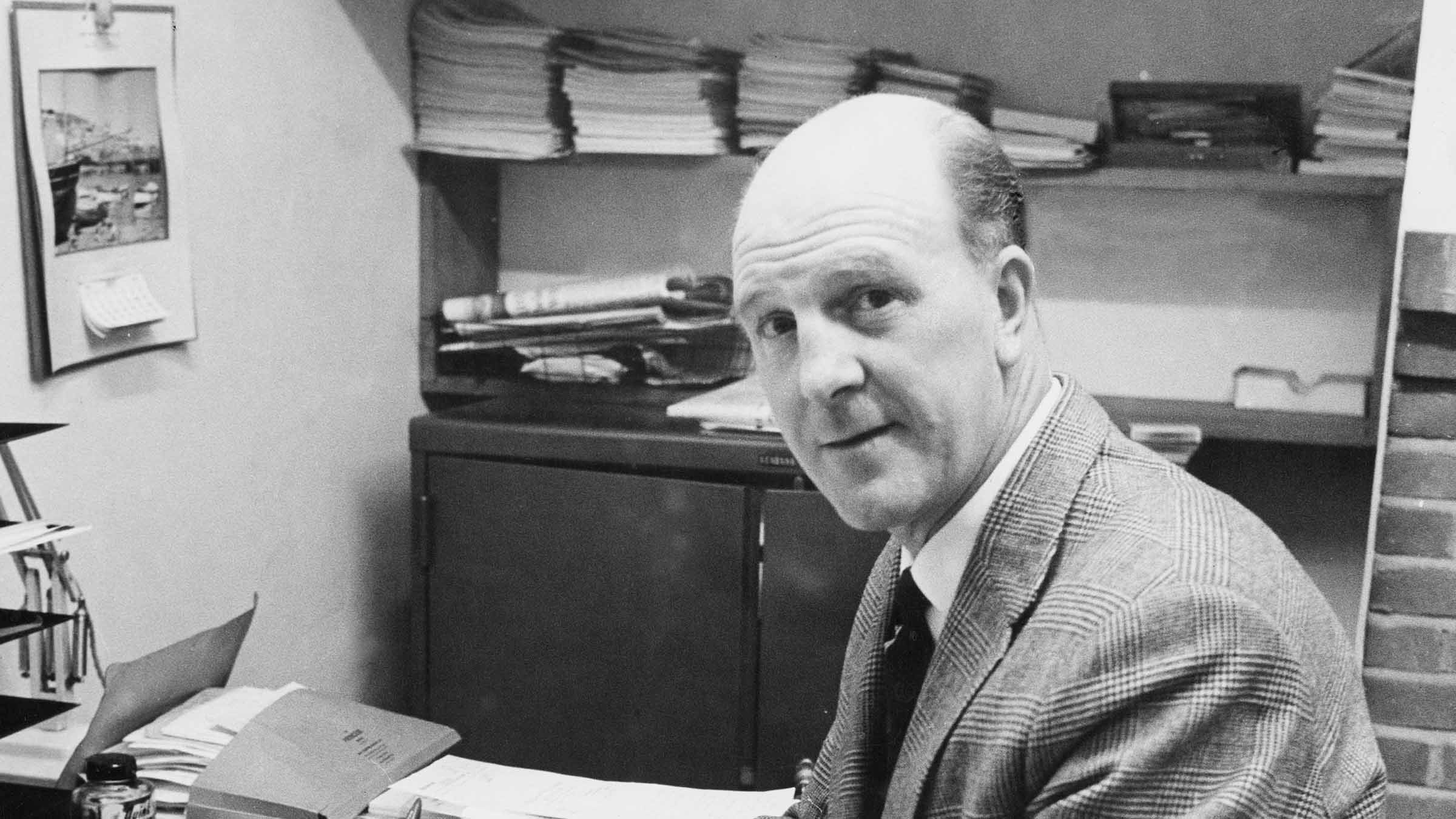 Landing at a frozen Erfurt Airport to find an inch of snow was covering the pitch of the Ernst Abbe Stadium, Wolves settled things against East German outfit Carl Zeiss Jena after just 12 minutes with a first European goal from young number nine John Richards.

Taking a 1-0 lead back to Molineux for the second leg, Wolves effectively killed off the tie within the first 35 minutes thanks to a Kenny Hibbitt [pictured below] volley which was then followed up by a Derek Dougan effort soon after.

The Irishman then fired in a cross shot just before the hour mark to notch his eighth European goal in six games, overhauling Peter Broadbent’s club record of seven in 12 between 1958 and 1961, and with that win, Wolves had also equaled the then British record of six successive European victories.

Spanish giants Barcelona were the opponents as Wolves reached the quarter-finals of European competition for the first time ever in the 1959/60 European Cup.

80,000 supporters passed through the Nou Camp turnstiles to watch the men in gold and black take on Barca, but nerves on the big occasion got the better of Wolves, as the hosts cruised to a 4-0 victory.

Nevertheless, the Wolverhampton public flocked to Molineux for the return leg. Once again, Barcelona turned on the style, particularly Sandor Kocsis, who hit four for the visitors. But Wolves managed a pair of consolation goals through Jimmy Murray and Bobby Mason.

European football was developing at an unprecedented rate in the early 1960s and the European Cup Winners’ Cup surfaced, seeing the continents domestic cup champions pitted against each other.

As English FA Cup winners, thanks to a 3-0 win over Blackburn Rovers in 1960, Wolves were invited to take part in the inaugural competition, and they went straight in at the quarter-final stages, where Cullis’ men produced an emphatic 5-2 aggregate victory over Austria Wien.

It wasn’t all plain sailing for Wolves however, with the old gold going down 2-0 in the first leg in Vienna, but Wolves were far superior back in Wolverhampton, with John Kirkham’s two goals drawing the hosts level on aggregate at Molineux.

Peter Broadbent added two more to put the hosts in the driving seat, allowing Bobby Mason to complete the scoring with the fifth and final goal, and securing Wolves’ place into a European semi-final for the first time.

Wolves were able to put their increasingly miserable league form behind them as they flew out to Turin to take on the mighty Juventus in the first leg of their UEFA Cup quarter-final.

With Wolves 1-0 down and manager Bill McGarry soon finding himself taken to task by the Belgian referee for touchline coaching and having to watch the rest of the game surrounded by policemen on the perimeter of the athletics track that circled the pitch, although Jim McCalliog’s second-half equaliser gave Wolves a lifeline heading back to Molineux for the second leg.

Juve chose to rest key players in front of the first 40,000 Molineux crowd of the season, as Danny Hegan and Derek Dougan’s goals gave Wolves a 3-2 aggregate victory and a place in the semi-finals of the UEFA Cup. 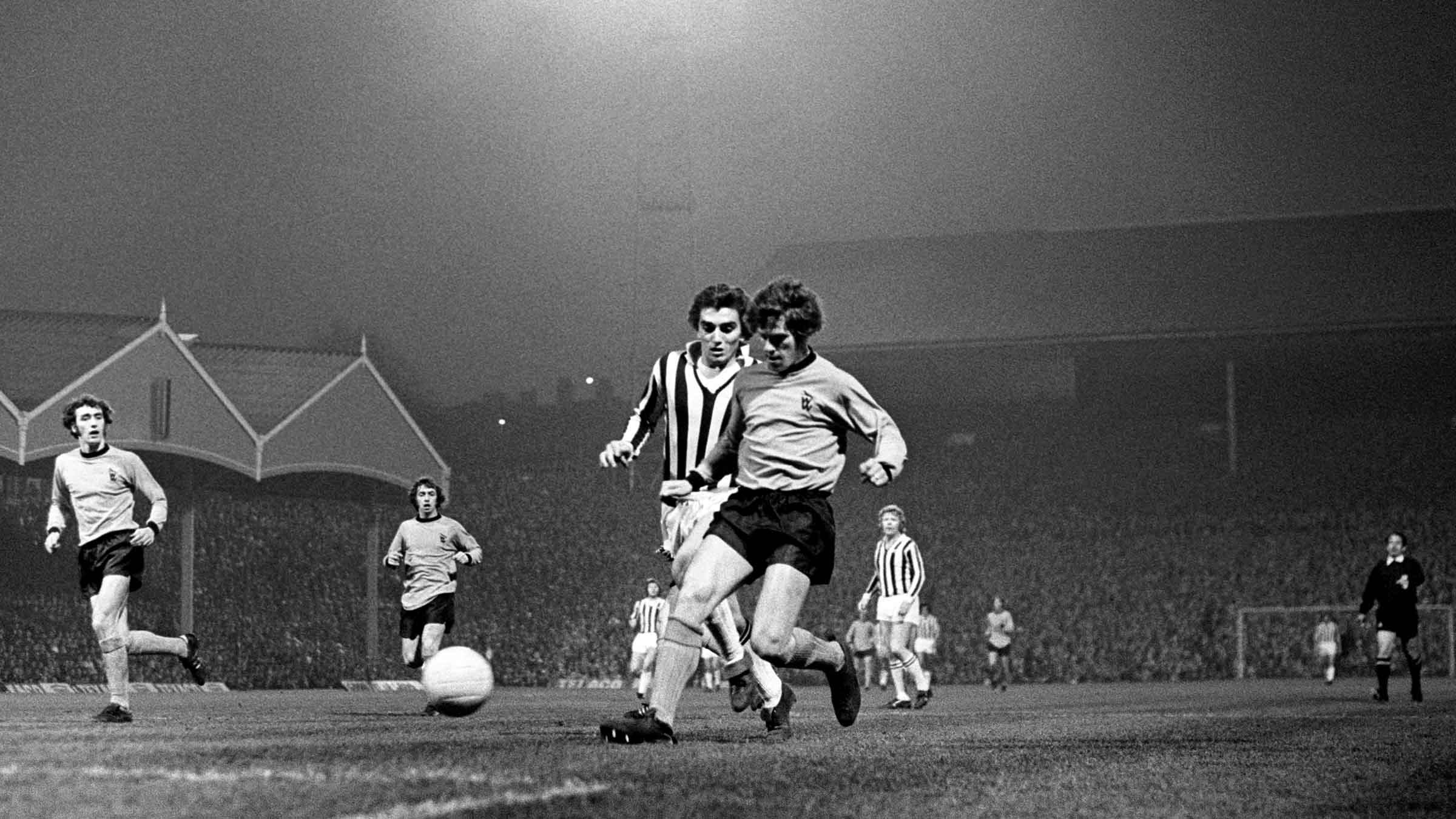 It was an all-British affair as Wolves entered their first European semi-final when they took on Scottish Cup winners Rangers in the European Cup Winners’ Cup.

However, after a 2-0 loss above the border in front of 80,000 supporters at Ibrox, Wolves couldn’t recover when they arrived back at Molineux in the April of 1961.

The gold and black’s dreams of reaching a first European final was dashed as Peter Broadbent’s goal was cancelled out, meaning Wolves could not deny the side from Glasgow from recording a 3-1 aggregate victory, sparking an 11-year wait for European football at Molineux.

The club’s second semi-final saw Wolves take on a Ferencvaros team that included Hungary’s 1966 World Cup star Florian Albert, while Derek Dougan was searching for the goal that would see him become the first English club player to notch ten European goals in a single season.

A pair of penalties given away by Wolves could have proved the difference, but fortunately goalkeeper Phil Parkes [pictured below] saved one of the two spot kicks as the visitors took a 2-2 draw back to Molineux.

With the game on the line, Wolves took the lead within the first 60 seconds as Steve Daley took the record for what was then the quickest goal in European football. Frank Munro’s header put Wolves two goals to the good, but Ferencvaros came back into the tie.

Another penalty had the chance to put the visitors back on level terms, but Phil Parkes was the hero once again as Wolves held on to secure their place in a European cup final for the first time. 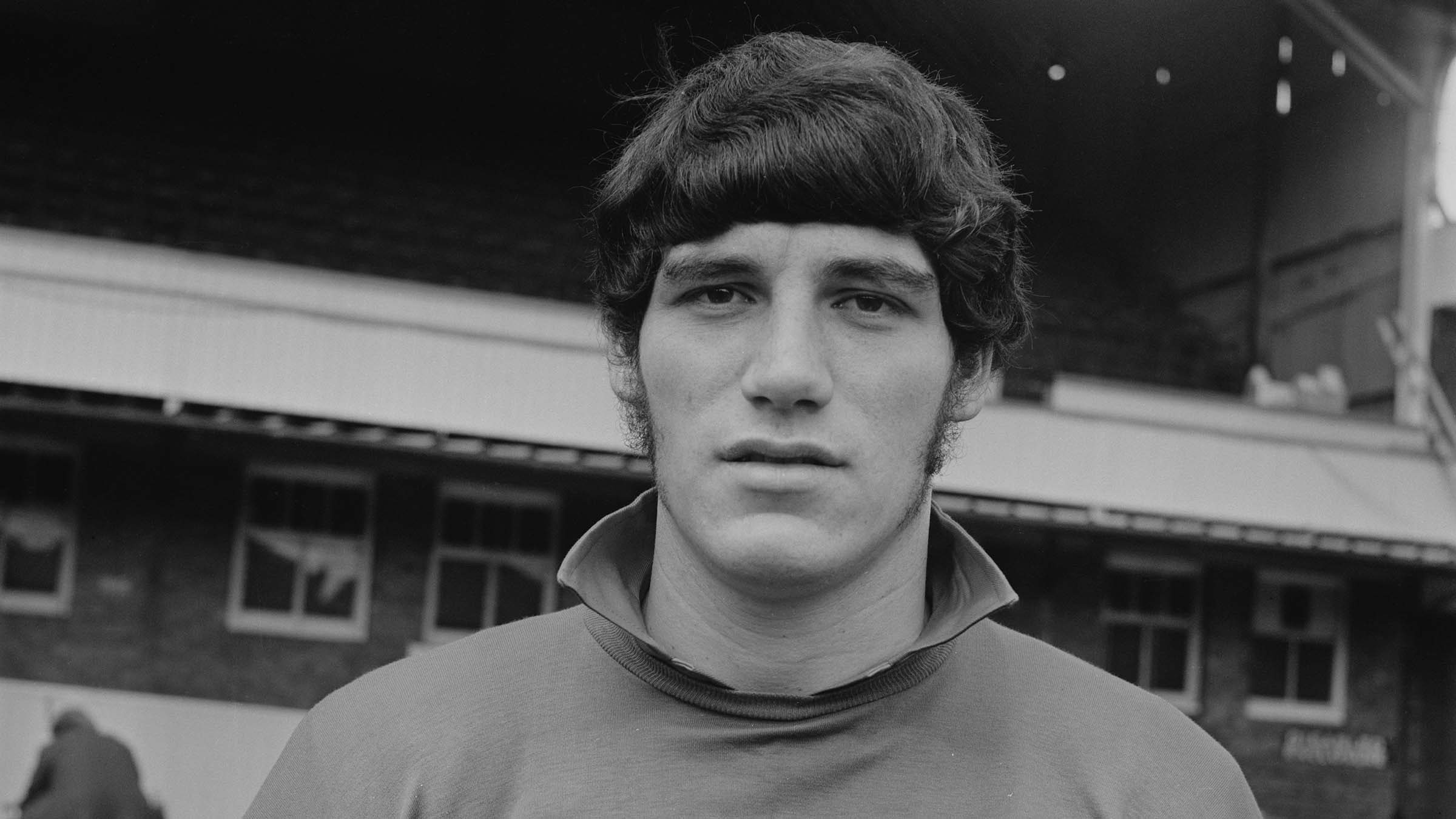 The penultimate league game of the 1971/72 season, was also Wolves’ first European final, as Bill McGarry’s old gold took on Tottenham Hotspur over two legs. The first at Molineux was full of incident but took until the second-half for the opening goal to go in as Martin Chivers’ header put the visitors ahead.

Wolves levelled the game up through Jim McCalliog, who diverted a quickly taken free-kick into the net, but with two minutes remaining, Wolves’ hearts were broken by Chivers as he crashed home an unstoppable 25-yarder to give Spurs the advantage heading into the second leg.

At White Hart Lane, Wolves fell further behind in the first-half, but the gold and black refused to give in, and Dave Wagstaffe brought his side back to a one-goal deficit. In the second-half, Wolves laid siege to the home goal, and even had a Derek Dougan goal cruelly disallowed, but Spurs were able to hold on to their lead and lifted the cup. 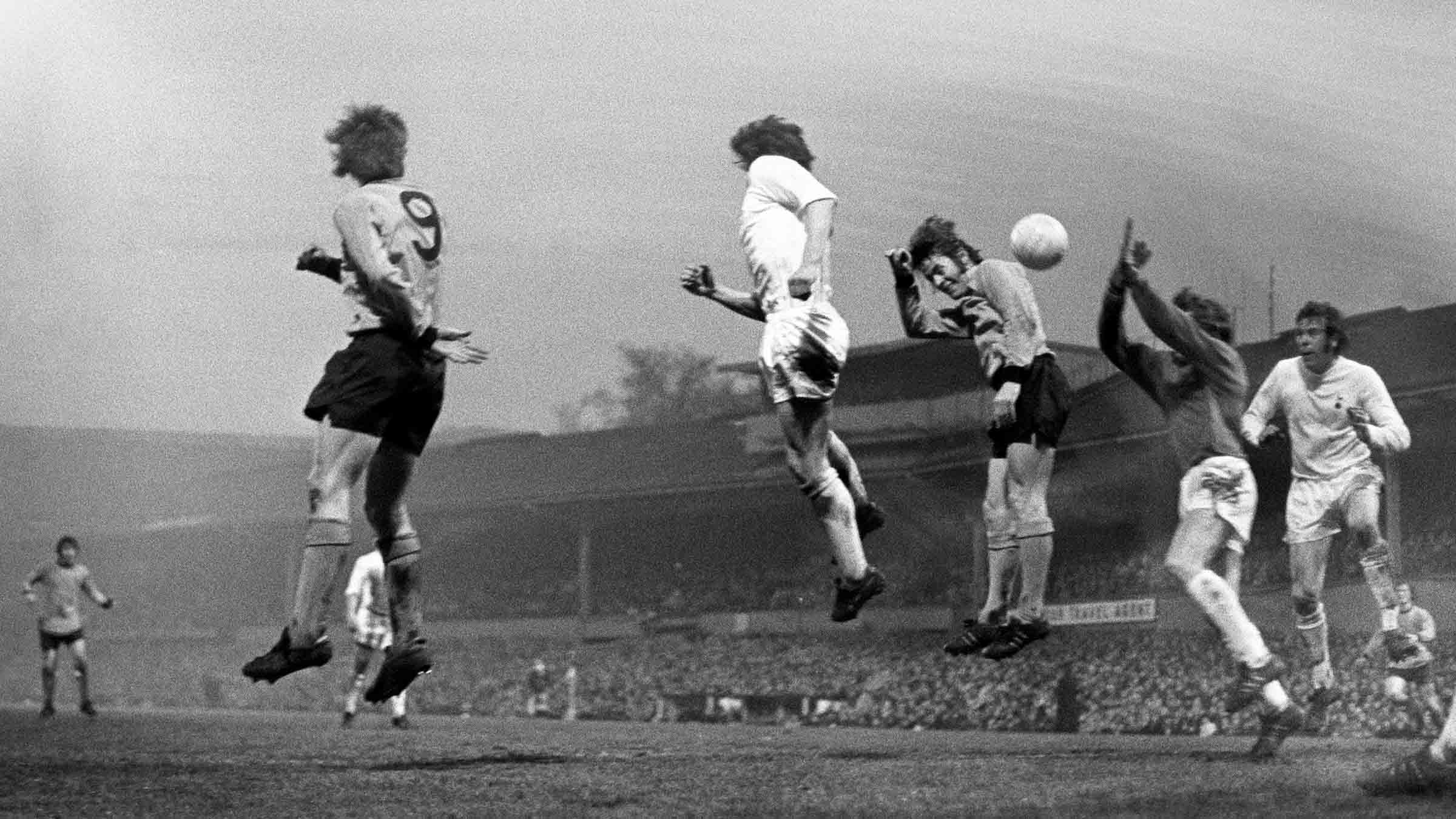