The University of Wolverhampton helped dreams come true this year, as a Californian student was able to study in the city of his football club – Wolves.

Blake Haupt, 23, from Orange County in Southern California, came to the UK in 2018 to study for a degree in business management in Wolverhampton and is now in his final year of a human resource master’s degree, set to graduate later this year in Class of 2022.

He became a massive Wolves supporter after seeing the team play on TV and when he saw University of Wolverhampton advertisements around Molineux when he was watching a match, he decided to look into courses he could potentially study in England.

He said: “I’m a massive Wolves supporter – I started to support them when I was a teenager and fell in love with the club. When I saw that there was a University there, I began to think about travelling abroad to study because the idea of getting international experience really appealed to me.

“I explored the options of coming to the UK to watch some games so I attended a university open day and was blown away by the staff and the facilities at the business school.”

As covered in Friday’s instalment of Ask Wolves, Wolves and the university enjoy a strong relationship, working together to increase interest and visitors to the city.

Russell Jones, Wolves’ general manager for marketing and commercial growth, added: “Blake’s story is one which brings us so much pride at Wolves. It shows the reach of not only our football club, but also university and city – as a collective we’re working incredibly hard to increase the profile of Wolverhampton and Blake’s desire to move across the world to share it with us is brilliant.

“As a club, we’ve made great strides into North America in recent years, and interest in Wolves is at an all-time high across the continent, so I hope Blake is the first of many students from that part of the world who choose the University of Wolverhampton as the place to study and Molineux as the place to watch live football.” 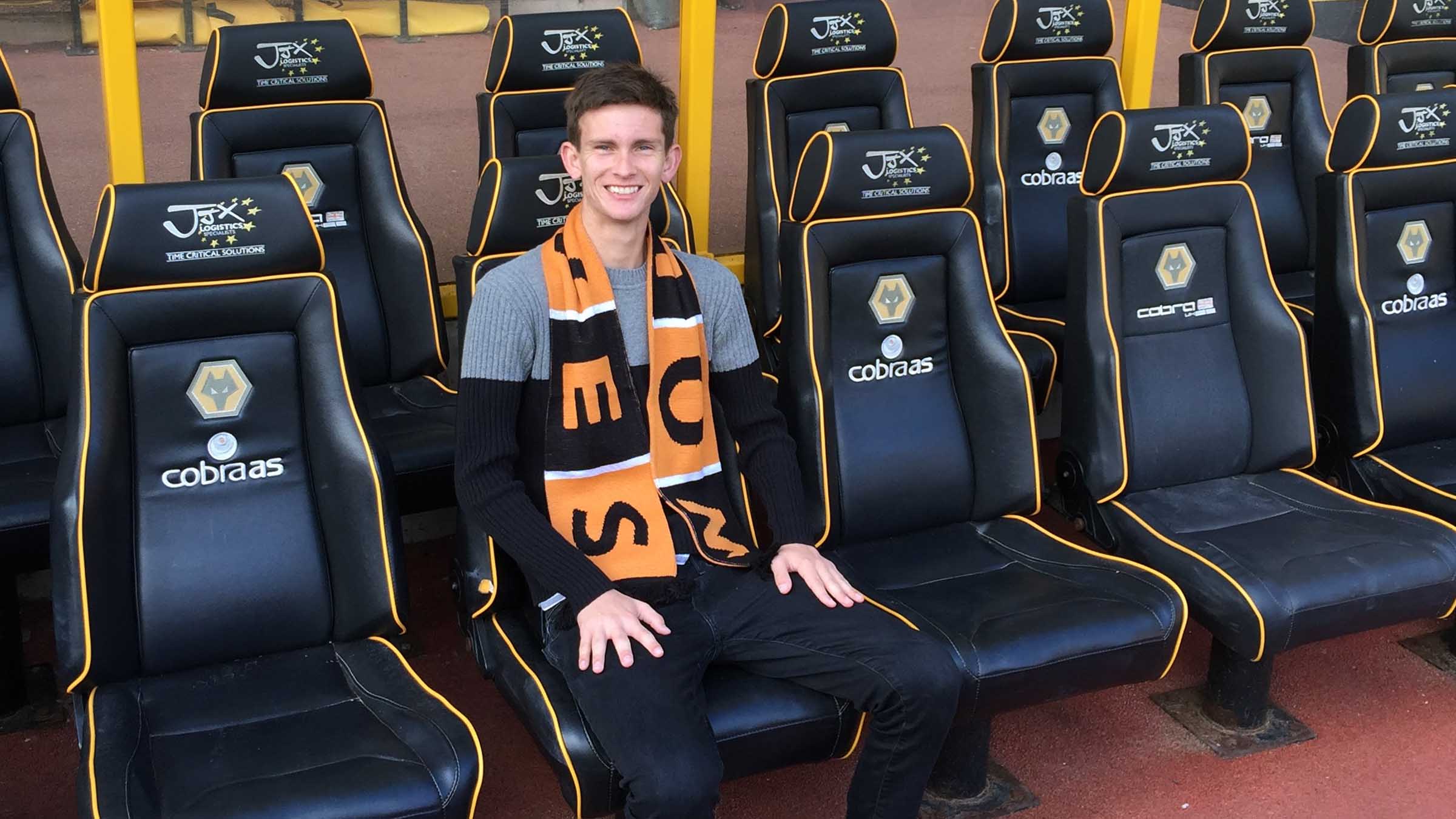 Blake has lived in the UK for four years and, during that time, as a regular season ticket holder at Wolves, he has travelled England, attending away matches as far as Newcastle and Bournemouth, as well as travelling to Barcelona in the Europa League last during the 2019/20 campaign.

Blake said: “I’ve fallen in love with the university, the city and the football club, and I’m hoping that the skills I’ve learned on my degree courses will secure me a job in the UK and help me find a sponsor for my visa. I’ve loved my studies, loved meeting people – international travel and study is so important to learn how to become an individual and that’s what University should be about, making connections and becoming a stronger person.”

During his time at university, Blake also worked on the University of Wolverhampton Race Team (UWR) and is a student ambassador, being interviewed on a recent university virtual open day livestream. His ambition is to work in human resources and to keep supporting Wolves. 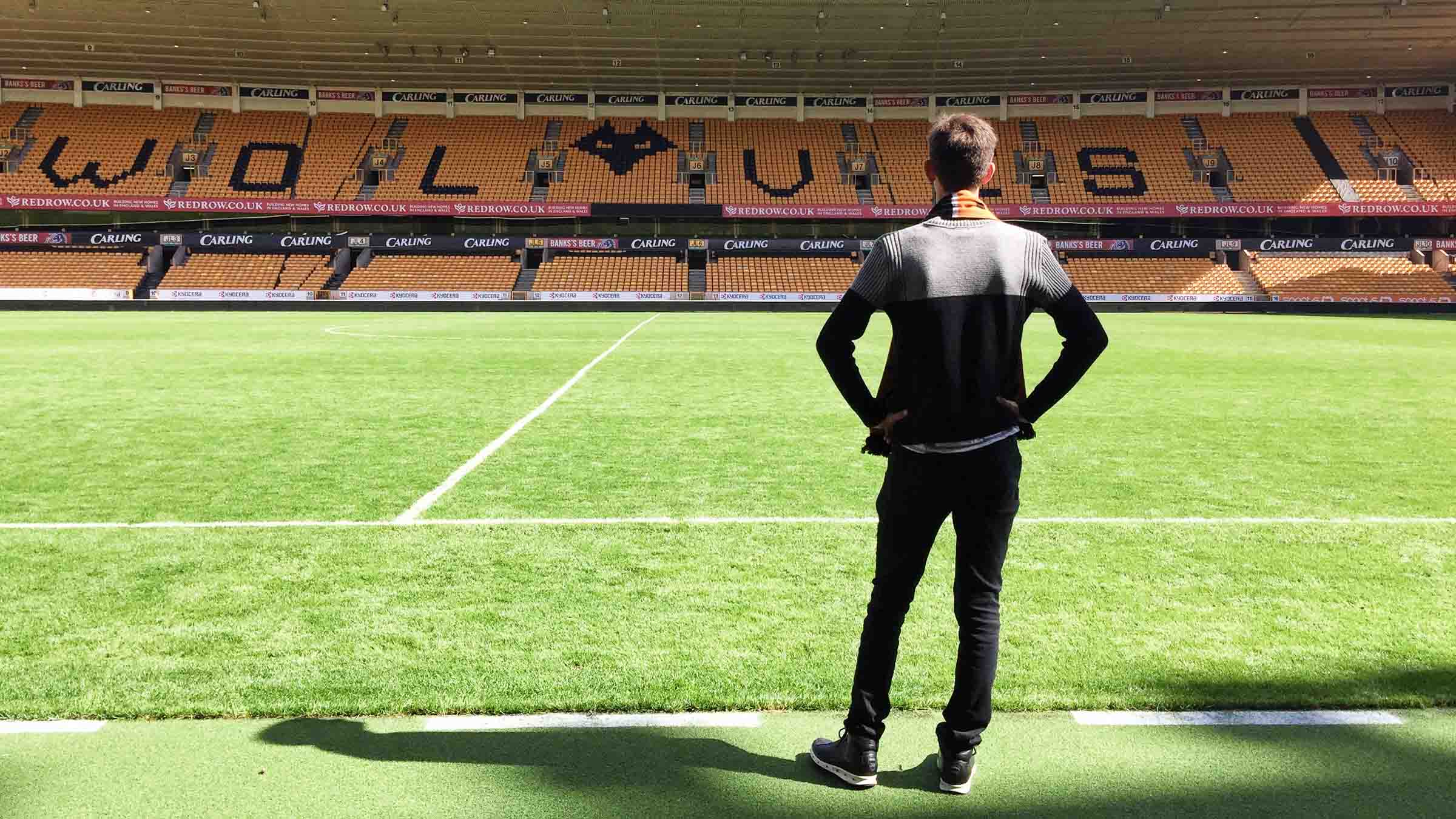 Rebecca Hollington, director of UK recruitment and partnerships at the university, said: “The University of Wolverhampton and Wolves are two of the most recognisable and prominent organisations and brands in the region; both bringing huge inward economic investment into Wolverhampton and the Black Country.

“We have had some really successful student placements and internships with the club, giving them an insight into the world and business of football to give them invaluable experience and skills.

“Wolverhampton has a fantastic buzz about it at the moment with development at Wolves, the University and in the city and it’s amazing that our recruitment reach has extended so far through this valuable sponsorship programme.”