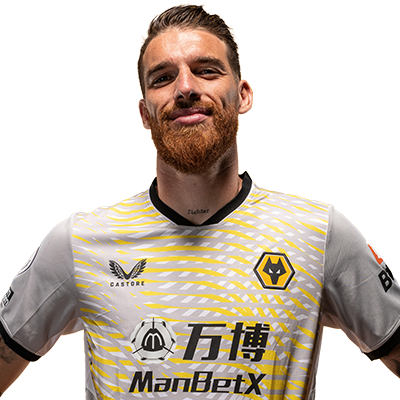 Portuguese goalkeeper Jose Sa signed a five-year deal with Wolves in the summer of 2021. The 28-year-old arrived at Molineux from Greek champions Olympiacos, where he helped the side to successive league titles.

As well as joining several of his fellow countrymen in the West Midlands, Sa is no stranger to the gold and black, having played in the first leg of the Europa League last-16 clash between Wolves and Olympiacos, although injury ruled him out of the return leg at Molineux.

Prior to his move to Greece, Sa spent his career in his native Portugal, progressing up the youth ranks at Merelinense and Benfica – under head coach Bruno Lage – before breaking through as a professional at Maritimo.

The keeper then spent two years at Porto, where he shared a dressing room with Wolves teammates Ruben Neves and Willy Boly. Originally coming in as back-up for Spanish international Iker Casillas, Sa would go on to feature regularly as the club secured the 2017/18 Primeira Liga, while making five outings in the Champions League that same season.

Sa has plenty of international experience, having played several times for his country at youth level and at the 2016 Olympic Games. Although he is yet to earn his first senior cap, he was part of the Portugal squad which won the inaugural UEFA Nations League in 2019.