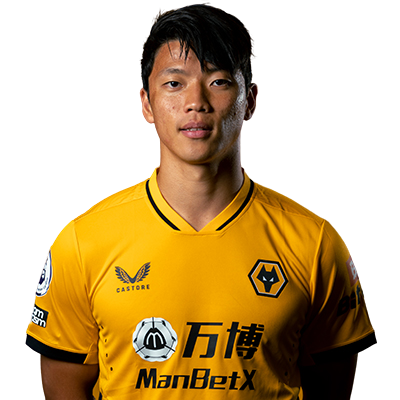 South Korean international Hee Chan Hwang burst onto the scene at RB Salzburg, where he impressed with his goals and assists in the Champions League alongside Erling Haaland, and now provides a fresh attacking option to Bruno Lage after joining on a season-long loan.

Able to play both centrally and out wide, Hwang, who is appropriately nicknamed ‘The Bull’ due to his style of play and surname, moves to Molineux fresh from helping Leipzig to a second-place finish in the Bundesliga, making 26 appearances in all competitions.

The Leipzig move was reward for Hwang’s form at RB Salzburg, who brought the teenager to Europe from South Korea, where he’d smashed numerous records, both at school and international level.

When in Austria, Hwang was involved in high profile fixtures from a young age, starting the 2018 Europa League semi-final, before enjoying his first taste of Germany on loan at Hamburger SV.

Back at Salzburg, and now alongside Haaland and Takumi Minamino, Hwang shone on the Champions League stage during 2019/20, being directly involved in eight goals, and displaying both an eye for a pass and ability to dribble at pace with the ball.

It was 16 goals and 22 assists that season which saw Leipzig swoop for the attacker, who was a vital player for his country by this time, representing South Korea at both the 2016 Olympic Games and 2018 World Cup.