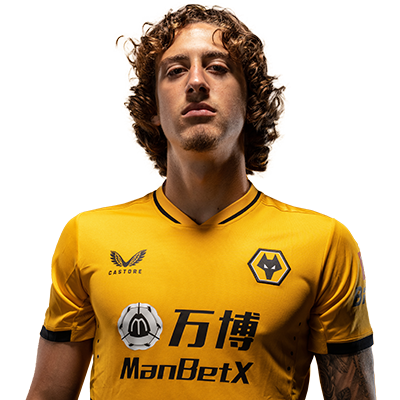 The youngster, who is Porto’s youngest ever player and goal scorer having broken now-Wolves team mate Ruben Neves’ club records last season, put pen to paper on a five-year deal at Molineux.

An exciting young talent, Silva has represented his country at junior level from under-15s to under-19s, having come through the system at both Benfica and Porto.

His form for Porto’s under-19s – in which he scored 20 goals in 26 matches – saw Silva called up by first-team manager Sergio Conceicao at the start of last season, making his senior debut in the Primeira Liga in August 2019.

That appearance, aged just 17 years and 22 days, made Silva the youngest league player in the history of the club. A month later, he overtook Neves to become Porto’s youngest player in European competition when he featured for Porto in the UEFA Europa League.

The landmarks kept coming, as he broke a record which had stood for 60 years when he became Porto’s youngest starter in all competitions after being was named in the starting 11 for a Taca de Liga group stage game against CD Santa Clara.

It didn’t take long for Silva to take two more records from Neves when he became Porto’s youngest ever goal scorer the club’s youngest player to ever score in the league.

Silva has also shone on the international stage, boasting extensive experience through the Portuguese age groups, where he has scored 17 times in 37 outings – including a hat-trick for the under-19s in a 4-1 win over Italy.

During his maiden season at Molineux, Silva scored home and away against rivals West Bromwich Albion, after opening his account in English football at Burnley in December 2020.