Maz Gauntlett’s brace earned Wolves three more points against a tough Huddersfield Town side in front of 471 fans, which leaves the old gold needing just one more point to be crowned champions of the FAWNL Northern Division.

Wolves started on the front foot at the CKW Stadium, with an early goalkeeping error from Huddersfield’s Bethan Davies opening a chance for Tammi George; but unfortunately, she was unable to control the pass from Amber Hughes and capitalise. Then, just inside the ten-minute mark, Hughes was bought down outside the box, but the free-kick from Anna Morphet sailed over the crossbar.

George was lively throughout in the midfield, rising high to win ariel duels and using her determination to win the ball back from the visitors at every possible opportunity – a very strong performance from the energetic midfielder.

Huddersfield’s defence did well to stop the Wolves attackers from getting through for a period of the first-half, but it wasn’t long until Gauntlett found herself on the edge of the box and producing a wonder goal, with the ball curling beautifully into the top right-hand corner to give Wolves the lead.

Gauntlett then came inches away from scoring her second, following some fantastic grit and determination from Jade Cross on the edge of the pitch as she battled it out for the ball, all while sat on the ground from a prior challenge. The ball fell to Gauntlett in the six-yard box as she struck the ball towards the goal, but the reaction of Davies meant the ball was tipped over the bar from close range.

The visitors equalised on the 35-minute mark, with Paige Crossman heading it from a corner which the Wolve defence was unable to clear. Despite the pressure late on in the first-half from the old gold, the scoreline remained level and it was all to play for and a big final 45 minutes were needed. 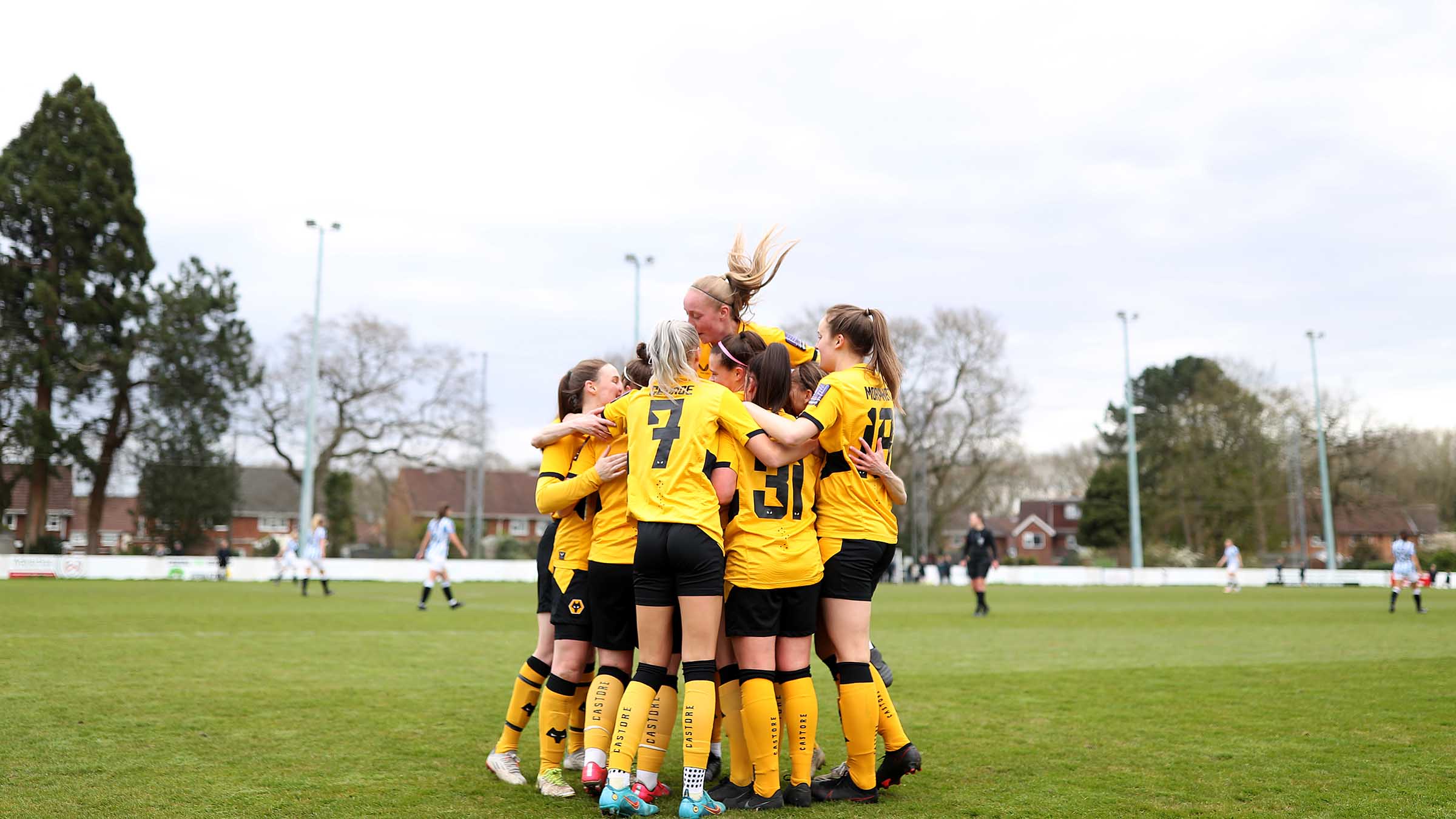 Wolves came inches away from scoring their second goal right from kick-off in the second-half. Hughes found herself in the perfect position inside the box, but her shot went wide of the post, much to her frustration.

Gauntlett got her second goal of the game and deservedly so, following a quick-taken throw in from Morphet. Hughes met the throw and controlled the ball as she sprinted down the left-hand side and cut into the box, crossing it into Gauntlett who was able to control the ball before she struck it with power into the back of the net from close range to double our lead.

Huddersfield had a chance when their striker found herself one on one with Shan Turner. Turner followed her gut and came out to retrieve the ball and deny the player the opportunity in front of goal.

Wolves continued to attack despite the constant press from Huddersfield, with Gauntlett coming close to getting a hat-trick.

The visitors looked like they could’ve equalised on the break, but a cross into the box was not met by a player in blue and white as it glided past the mouth of the goal, the Wolves fans in the stand full of relief that a visitng player didn’t manage to poke it into the back of the net.

In another chance for Wolves, Hughes found herself going solo, charging forward with the ball, she struck, but was tackled as she hit the ball, with penalty shouts echoing around the CKW, only for referee Dora Jakab to wave them away.

The game was full of chances for both sides, with both defences and keepers being tested throughout the 90 minutes, but both sides showed determination and strength to do all they could to create chances and find the back of the net.

The final whistle went, and cheers rung around the CKW. The fans will return again on Sunday as the girls look to be crowned champions with a draw or a win against Sheffield FC. 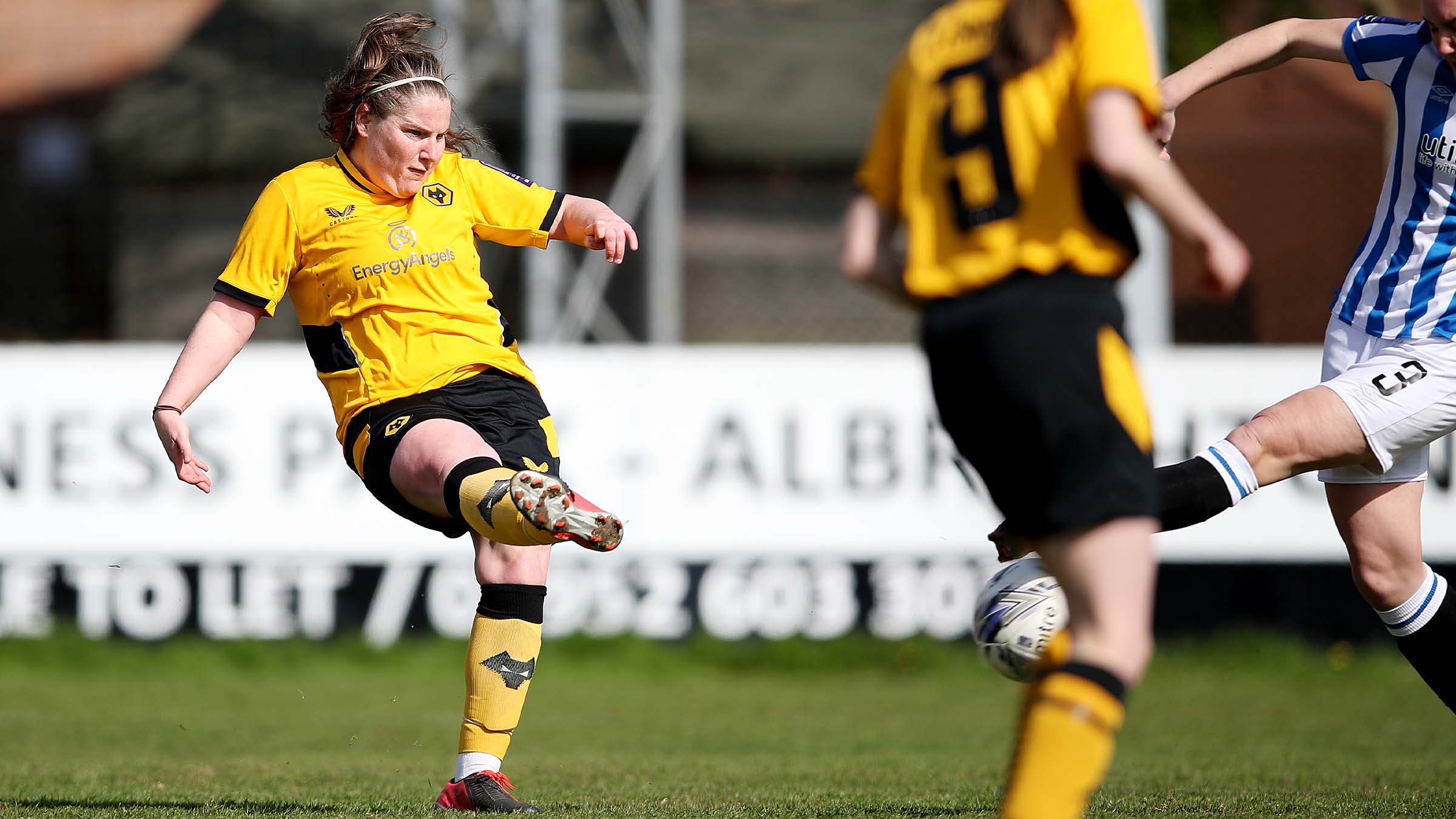 After mentioning how tough a game this would be last week, Wolves manager Dan McNamara was overjoyed with the outcome of the game.

“I’m delighted for the players,” said McNamara. “I thought they were fantastic. Huddersfield are a great side with some big players, it was tough, and I think after the ten-minute mark, we were able to control the game for 30 minutes. A lapse in concentration allowed them to get back in.

“In the second-half I thought we were tremendous, and I couldn’t name names because every single girl was fabulous.”

On Gauntlett’s wonder strike in the first-half

He said: “Maz Gauntlett does what she did today. She’s a phenomenal footballer which is why she’s played right at the top of the game. It was an outstanding finish, but that’s what you get from her.

“We got pegged back in, a little bit of a mistake and all of a sudden, we were 1-1 going into half time, but I’ve said it all season that the girls don’t know when they’re beaten, and they find something all the time.”

“Time and time again this year, we’ve heard they will run out of steam. Teams know what you’re about now. We’re one point away from a National League title and every single one of them deserves it. Constantly written off and then constantly pushing down barriers to make sure we get the results we need.

“They are a phenomenal group of people, players. The people in the stands, the whole thing is like one big family and now we’re going to get the reward. These next few weeks they will get their moment we have longed for three and a half years.”

Leah Burridge has signed for the club from Bridgewater (formerly Yeovil), to help Bolster our midfield options.

He said: “She trained on Tuesday, and we thought we could definitely work with her. On Thursday we had a little injury to Katie Johnson and Leah almost got her first start handed to her, but I thought she was fantastic.

“She’s got great leadership skills, she can read the ball well and fitted into the system really well, so she’s a great addition to the group and also a big thanks to her parents who drove up from I think Devon; that’s remarkable support from them. It’s a debut she won’t forget in a hurry.” 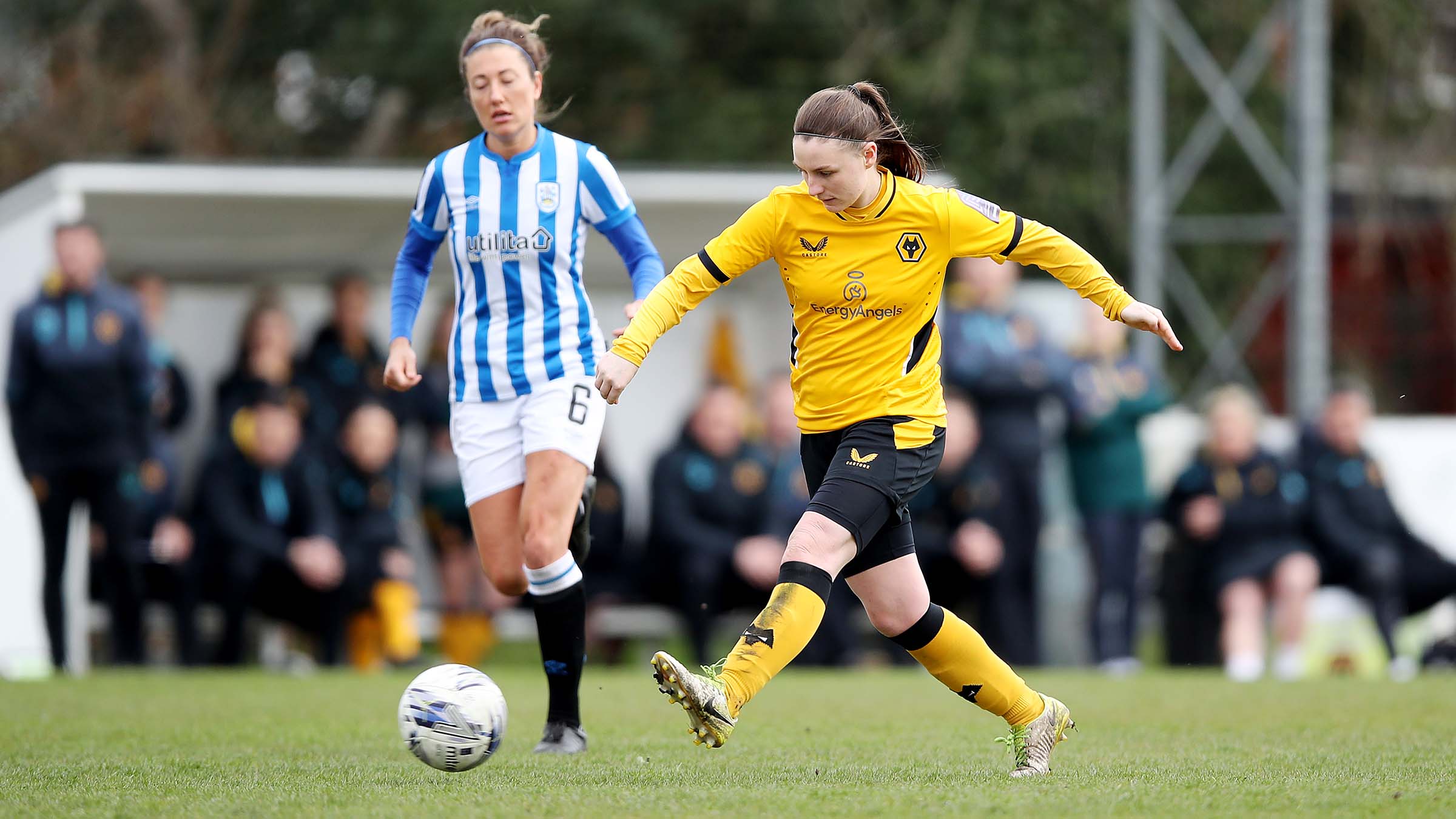 Wolves face Sheffield FC at home on Sunday after only travelling for the reverse fixture last week, in which they came away with a dominant 5-0 victory.

“I expect it to be a tough game,” explained the boss. “They’re still fighting for survival. We still need a point, so we’re not going to take anything for granted. We will work hard in training this week.

“Football isn’t a nice game at times, so we’ve got to get the job done and hopefully the girls will do that next week, heading into what should be a fantastic fixture at the Molineux the following Wednesday evening.

“The girls have to enjoy this now. This is three and a half years in the making, so they have to enjoy it and they will and it is a memory that they’ll look back on in years to come and it’ll unite people for a long time.”