Maz Gauntlett celebrated her first Wolves start with an “icing on the cake” first goal for the club as Dan McNamara’s team won 5-0 at Hull City on Sunday to regain top spot in the FA National League Northern Premier Division.

Former Birmingham City and Coventry United striker Gauntlett, who joined Wolves in August, is back in action following her recovery from a career-threatening cruciate ligament injury sustained while still at Coventry.

So her pleasure at finding the net at Hull was secondary to the delight she felt at stepping out to kick off a match after making a couple of Wolves substitute appearances, the second of them in the recent 3-0 win at West Bromwich Albion.

“The last time I started a game was 14 or 15 months ago,” notes the experienced striker. “Going through rehab for an ACL injury is tough, it’s a lonely place, but the staff and players at Wolves have been so supportive and a great help to me.

“In both the matches I went on as sub it took me 10 minutes or so to get into the game, and on Sunday I was a bit nervous going out to start the match. But I wasn’t worried, it was an excited nervous and I really enjoyed the game.

“Scoring a goal was the icing on the cake for me on a special day. But scoring is my job and that’s what I came to Wolves to do, to help the team win matches and keep us competing at the top end of the league table.” 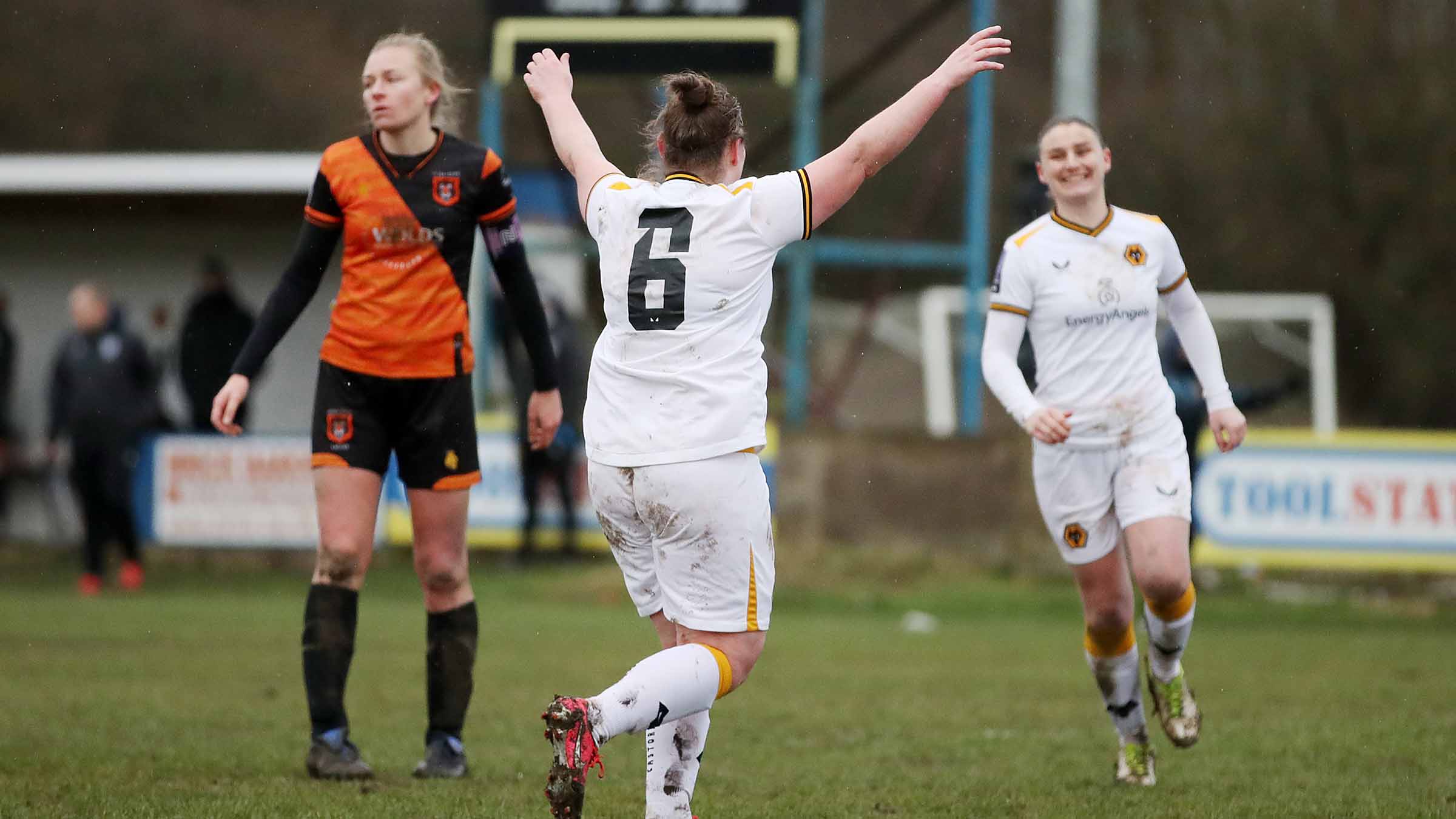 Gauntlett has pedigree in the striker’s job of goalscoring, hitting the net 105 times in 182 Coventry appearances after spending the early part of her career playing for Birmingham in the top-flight of the women’s game.

Now she aims to help keep Wolves at the top of the Northern Premier, a position they hold with a one-point advantage – and with a game in hand – over second-placed Derby County ahead of Sunday’s home match against Huddersfield Town.

The Terriers lie sixth in the table and are only on the fringe of the title race. But they showed their mettle when they entertained Wolves back in September, McNamara’s team having to come from behind to win 3-2 in a difficult contest.

“Huddersfield have had some very good results this season,” points out Gauntlett. “They’re a strong, solid team who can compete with any side in this league and they’ll be as difficult to beat as the last time we played them.

“But for me the game can’t come quickly enough after last week. If our quality comes through in the same way it did at Hull then hopefully we can pick up another good win to keep us at the top of the table.”