Gauntlett the latest addition through the door

Boasting a scoring record of 105 goals in 182 Coventry United appearances, former Birmingham City hot-shot Gauntlett becomes the sixth player brought into the club in a busy summer for McNamara and his management team.

“We’ve strengthened in every area of the squad,” notes the Wolves boss, “and I’m very happy with the balance we’ve got going into an important season for us.

“I’m confident we can do ourselves justice in the higher division, and it’ll certainly help with a player like Maz coming into the attack.

“She’s played at a high level so she’s got great experience, and she’s hugely driven to succeed. Her scoring record shows she’s got a ruthless streak in front of goal and that’s going to help take us to the next level.” 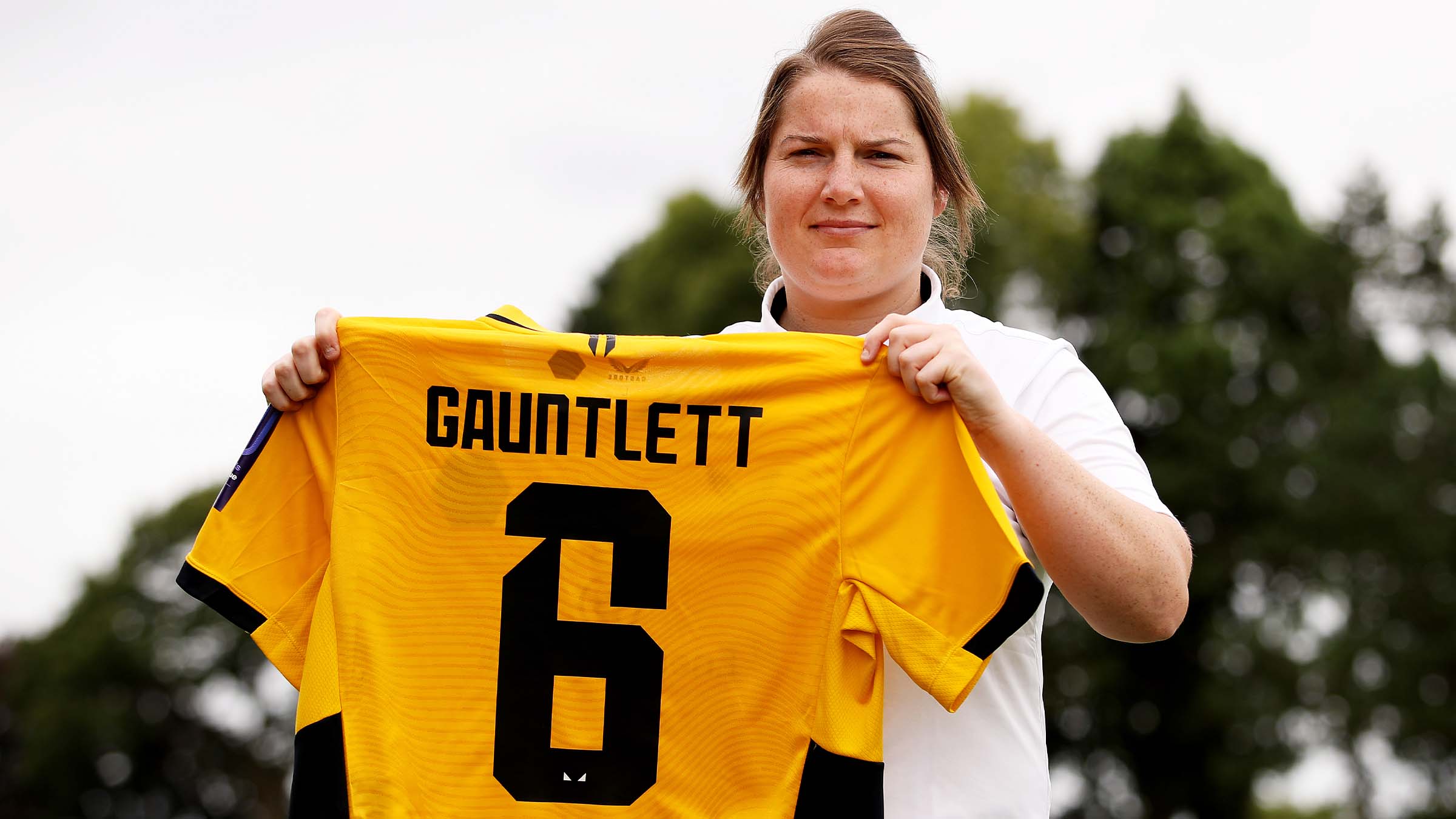 Gauntlett started her career at Solihull Borough, moving to Birmingham as a 14-year-old and making her senior team debut while still in the club’s Under-16’s.

The now 31-year-old striker spent six seasons at the WSL club before switching to Coventry and helping them get promoted to the Championship two years ago.

She is currently in the latter stages of recovery from a cruciate ligament injury sustained last November so will miss the opening games of the new campaign.

But she is itching to get back into action and step out for Wolves. “The ACL injury has obviously been a massive blow,” says Gauntlett, “but I’m on the way back and I’ve been involved in a couple of warm-up sessions with the girls.

“Everybody’s been so welcoming and I already feel settled. I just want to get back on the pitch and hope I can use my experience to help the team adjust to playing in the higher division – which I’m confident we can do.

“I’ve watched some of the pre-season games so I’ve seen the quality in the squad, and I’ve no doubt that we’ll be battling at the top end of the table.”