Wolves have made a “fantastic addition” to the playing squad, says manager Dan McNamara after completing the signing of former Aston Villa, Derby County and Coventry United full back Laura Cooper.

A member of England youth team squads as she was coming through the ranks at Villa, Cooper then had a short stint at Derby before playing for Coventry while studying for a sports science degree at the University of Birmingham.

Following her graduation and a year out in Australia she spent the last two seasons at Boldmere St Michaels, coming up against Wolves on several occasions in the National League Division 1 Midlands.

Impressed by what he saw of Cooper during those clashes, McNamara swooped to sign the versatile 26-year-old when she recently became available.

She becomes McNamara’s fourth signing as he prepares his significantly strengthened squad for the step up to the Northern Premier Division. 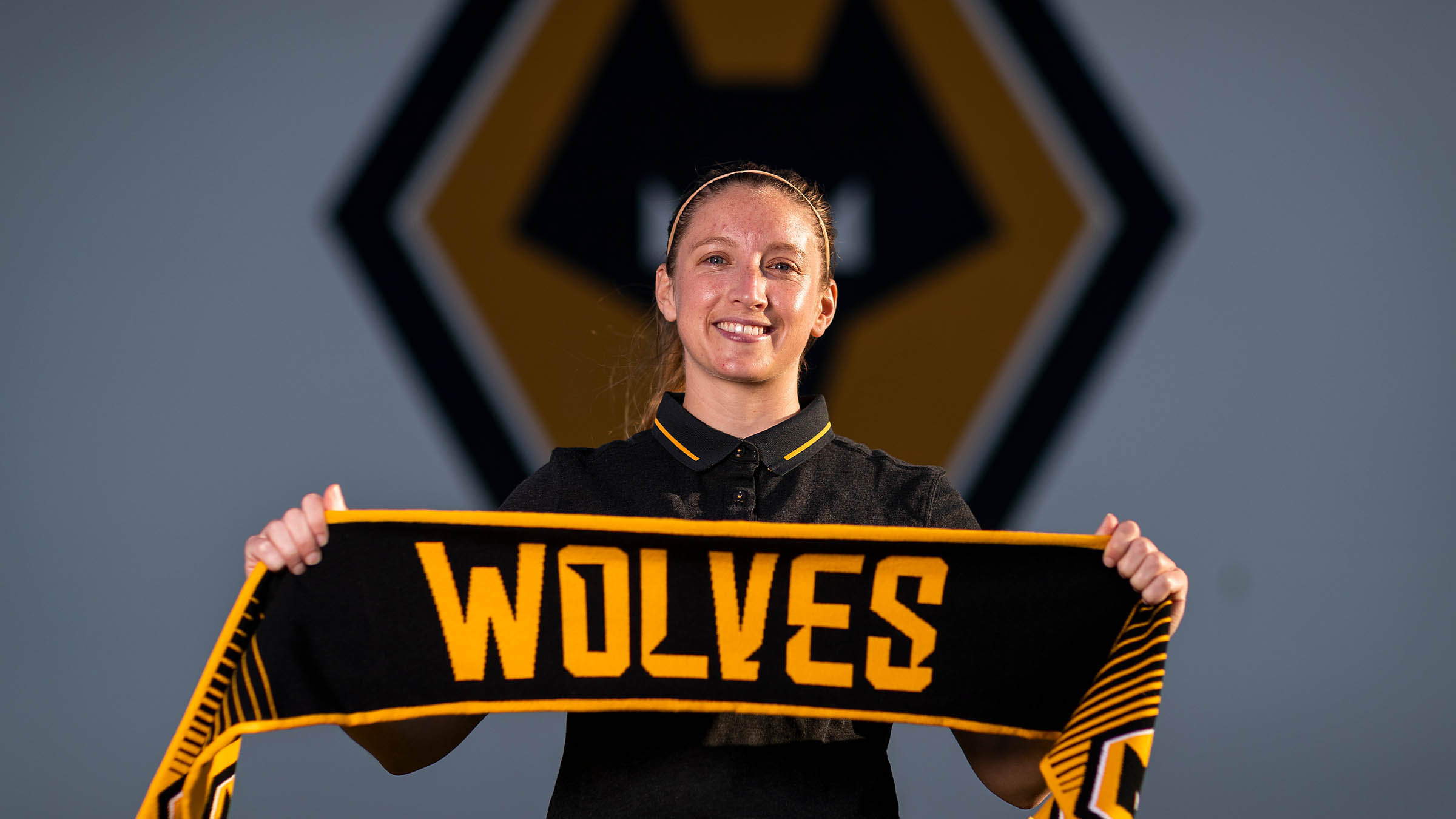 “Laura played in one or two different positions against us and she was always a threat,” says McNamara. “She can play in centre midfield, at wing back or as a number 10, and that versatility can be very important to us in the higher league. She’s another fantastic addition to the squad.”

Though Cooper is a Wolves newcomer, she notes: “I already knew Marcus (Webber, first-team coach), who was my coach at university, and I quickly made up my mind to sign after talking with him and Macca (McNamara).

“I was looking for a bigger challenge and Wolves was the best fit for me. I’m settling in quickly and really excited about playing for the club in the Northern Prem. We know how difficult the league is going to be, but we’ll go in feeling confident we can give a good account of ourselves.”