The official matchday programme for Wolves Women's Vitality Women's FA Cup second round clash with Nottingham Forest is now available to enjoy for free at wolves.co.uk.

Sunday's match will be the first game back for Wolves Women since their league season was declared null and void for the second year running due to the Covid-19 pandemic.

But with the FA Cup still continuing for 2020/21, the competition gives Dan McNamara's side something to prepare for and look forward to after the squad returned to training on Monday.

With the second round tie set to be played behind closed doors at the CKW Stadium in Castlecroft, fans can still enjoy as much of the usual matchday experience as possible with a free programme, available below.

Included in the latest edition is an interview with defender Kelly Darby, who talks about going up against her former club, Safi Paraiso speaks about making her senior debut in the last round of the cup against Stourbridge, while Emma Cross is the next Wolves Women star to be profiled.

As well as looking back at the women's three previous matches against Stourbridge, Lincoln City and Sutton Coldfield, the programme takes a deep dive into Sunday's opponents, and features comments from manager McNamara, chair Jenny Wilkes and captain Anna Price.

Click on the cover image below - adorned for the Forest fixture by Tammi George, Lyndsey Glover and Shannie Jennings - to read the full edition. 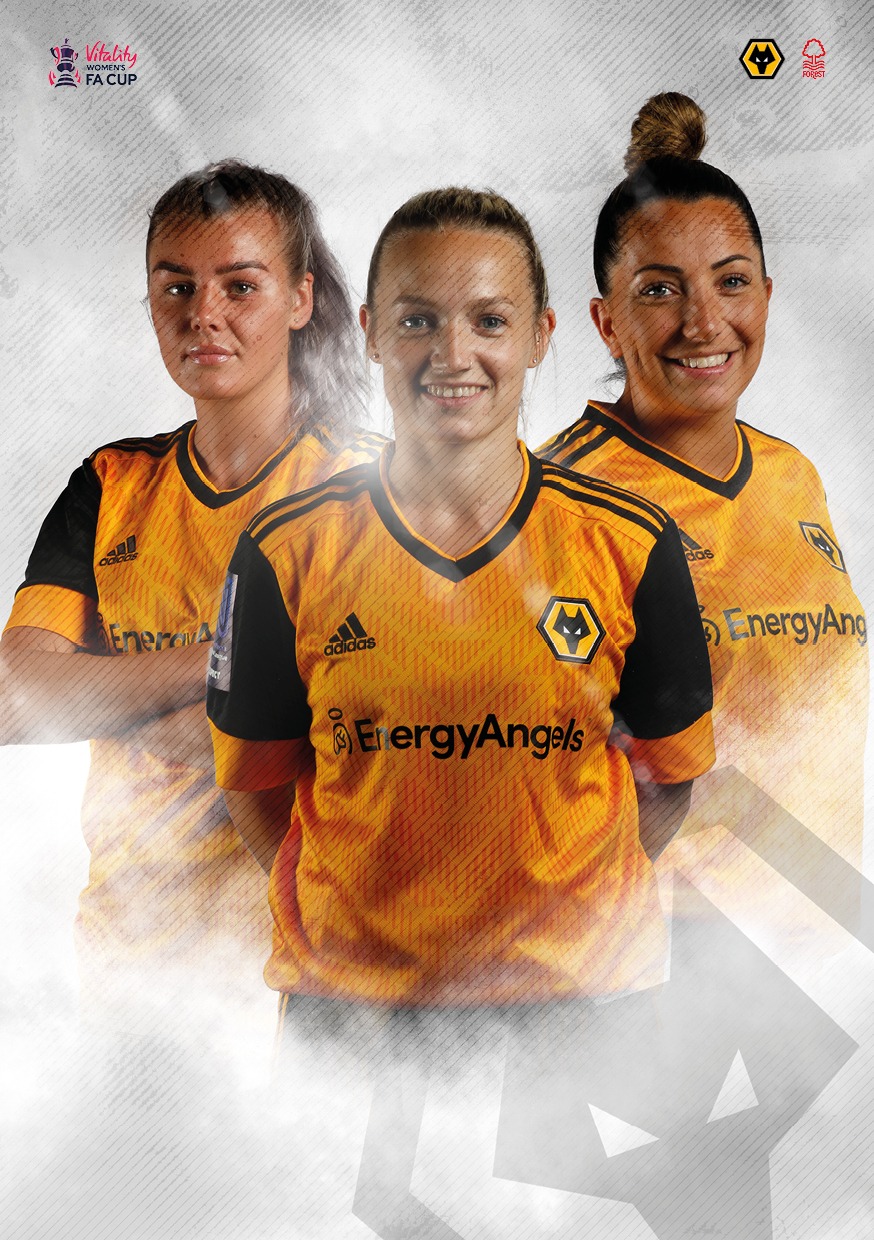 As well as programme, for the first time ever, Wolves Women will be available to watch live on Wolves TV, with coverage beginning at 1.45pm on wolves.co.uk, the Wolves App or Wolves' YouTube channel.