Wolves Women started slowly in their penultimate league game away at Nettleham Ladies but built up to an impressive finish with a hat-trick for substitute Jade Cross and the final three goals coming in the space of four minutes to round off an impressive away win.

Report and photographs by Simon Faulkner.

The visitors were putting on plenty of pressure in the first half but their first shot on target didn’t come until the 25th minute when Jess Jennings’ shot from the edge of the area was saved by the Nettleham keeper.

Billie Haynes came close twice – first sending her shot over the bar in the 31st minute before almost breaking through on goal a minute later, but she was adjudged to have fouled in the area.

Wolves’ pressure finally paid off in the 37th minute as Morphet’s free-kick bounced around in the area before being driven home by captain Anna Price to put the visitors ahead at the break.

The second-half started with a chance for Wolves, with Jennings putting Andrea Barnett through, but she was caught offside. The resulting free-kick ended with a corner for Nettleham which was headed away by Price but came in again, only to be gathered by Maddie Elbro in the Wolves goal.

In the 64th minute Wolves doubled their lead as Jennings controlled a cross and sunk the ball into the back of the net.

McNamara made his final substitution as Charlotte Wilkie replaced Courtney Jones, before Walker came close with a shot over the bar in the 69th minute.

Just four minutes later substitute Jade Cross controlled the ball in the area and coolly slotted it into the left corner of the net for her first and Wolves’ third goal.

Wolves were now in the ascendency and peppering the goal, as Jennings, Cross and Walker all came close. But it was Jade Cross again who made the breakthrough, running from the half way line, taking one touch to control the ball on the edge of the area, and slotting home to make it four.

Finally, Billie Haynes got her name on the score sheet as she ran down the left, beating the offside trap and slamming the ball into the top left corner to round off an impressive 6-0 win for Wolves. 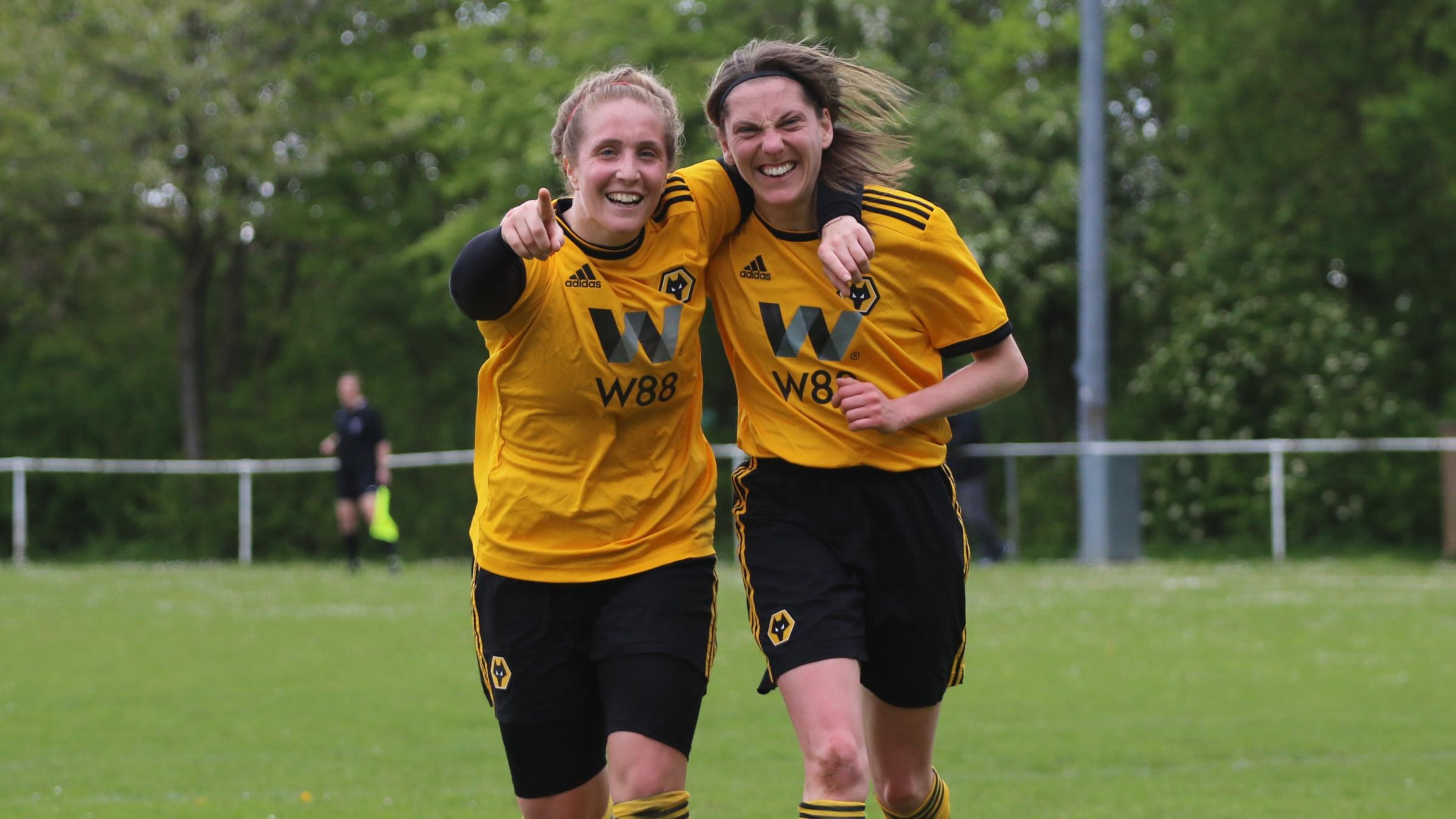 MOMENT OF THE MATCH

It took Wolves a while to make the breakthrough, but captain Anna Price’s goal from Anna Morphet’s free-kick in the first half set the tone for a much more prolific second half with five goals.

Manager Dan McNamara was particularly pleased with the result. He said: “It was a very professional performance. It’s a tough place to come after a long drive but I thought the girls managed the game very well.

“I was delighted for Jade to grab another hat trick in a Wolves shirt. That now takes her to top goal scorer and she deserves it.

“There were some stand-out performers today. I thought Tammi George was excellent as well as Anna Price. Everyone played their part in a fantastic display.”

Wolves host league champions West Bromwich Albion Women in their final game of the season on Sunday 5th May. Wolves are guaranteed second place but with only one team promoted, Wolves will be hoping their consolation will be to stop the Baggies completing an unbeaten league run.

The game will be played at CKW Stadium, Castlecroft, WV3 8NA with a 2pm kick-off. Admission is £2,, while concessions and Wolves season ticket holders can get in for just £1.