“We’ve knocked out one Tier Three team and we can do it again,” insists confident Wolves captain Anna Price as she prepares to lead her Tier Four side into a daunting Vitality Women’s FA Cup third round tie at Watford on Sunday.

A week after beating Northern Premier Division outfit Nottingham Forest in a penalty shootout following a thrilling second round encounter which had ended 2-2 after extra time, Wolves will again be seen as underdogs as they prepare to face the Southern Premier Division’s top team.

Watford were not only leading their division when league seasons below the top two tiers were ended by the FA due to the Covid-19 pandemic, the Hornets also had the best goal difference (plus 22) of any tier three team in the country.

But Price, who last weekend went through a rollercoaster of emotions ending in victory over Forest, said: “We know it’s another huge test, but nothing fazes us and we’ll go into the game with confidence as high as it was last week.

“We weren’t expected to beat Forest, but we deserved to win the game in 90 minutes let alone in a penalty shootout and we’ve taken great heart from that.”

Independent observers, let alone the Wolves fans who watched the game on its live TV stream, would almost certainly agree with Price’s assessment.

And the club skipper will

most certainly be hoping to wrap up an against-the-odds win in 90 minutes against Watford rather than go through another shootout after missing her spot-kick in last week’s dramatic finale.

A save from Forest’s Olivia Cook by goalkeeper Becky Thomas ultimately clinched victory to complete a near-perfect weekend for Price, who on Saturday had celebrated her 35th birthday and then before Sunday’s match at the CKW Stadium was presented by Wolves’ executive chairman Jeff Shi with a framed commemorative shirt to mark her recently-achieved 300 appearances for the club.

“It was quite a weekend,” says Price. “I had a chilled, relaxing day on my birthday but spent a lot of it thinking about the match.

“I had no idea about the shirt presentation before it was made, and it was a very emotional moment for me – overwhelming. For Jeff Shi to make the presentation was special and wow, what a piece of memorabilia to put on the wall!

“It made me even more excited to go out and play, and as a team we played really well to deservedly earn the right to be in the third round.

“The only bad thing for me was my penalty shootout miss – I was gutted. The girls consoled me, they were brilliant. I said to Bec after we’d won, 'You’ve saved me!' I was still gutted, but obviously our celebrations eased the pain.

“Hopefully we’ll be celebrating again on Sunday. We’ll be underdogs, just like last week – but I absolutely believe we can come through again.”

Wolves Women's third round tie at Watford will be available to watch live from 2.45pm on Sunday via wolves.co.uk, the Wolves YouTube channel or by the Wolves App, which can be downloaded now on iOS here and on Android here. 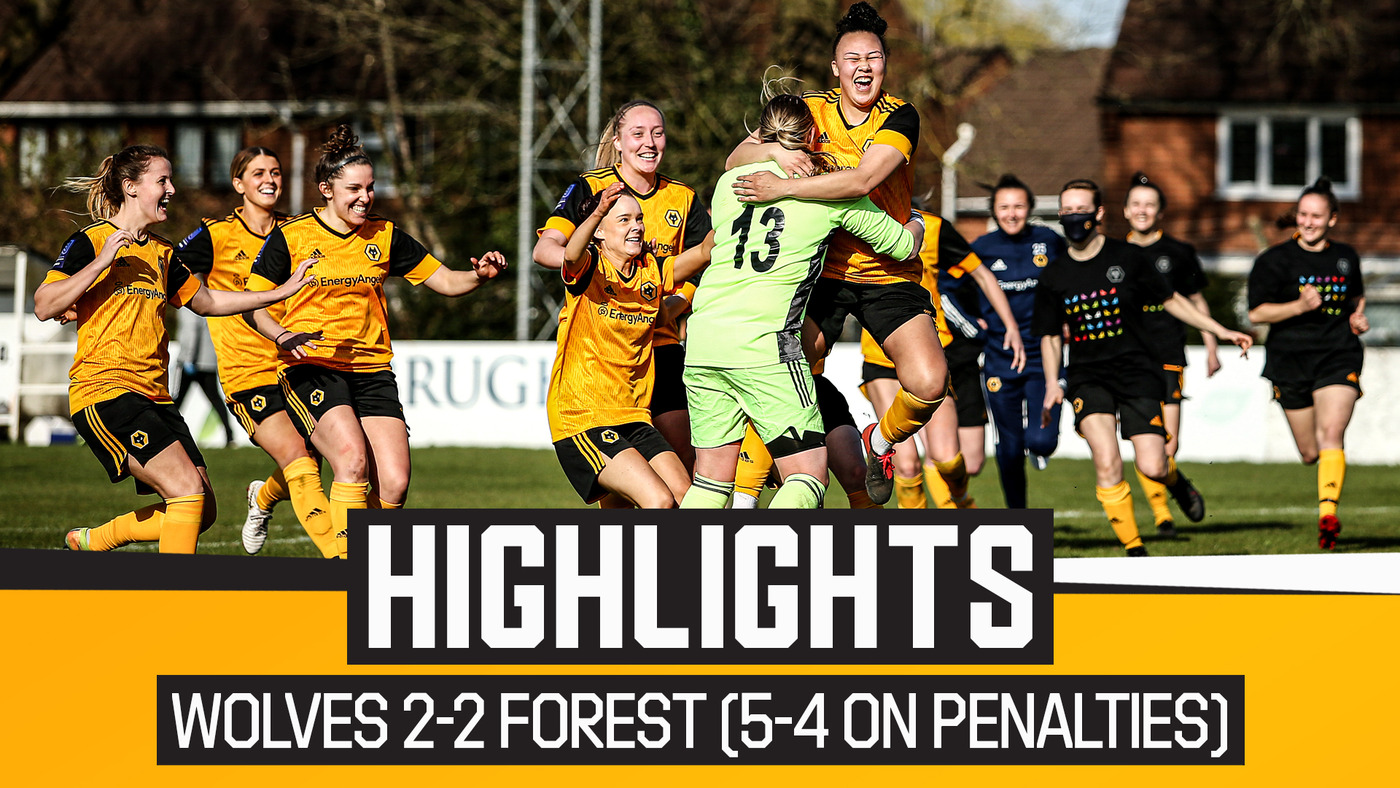