Collins | 'This season has been really exciting so far'

Under-23 head coach James Collins has been pleased with how many of the younger members of his squad have stepped up this season, praising their character in bouncing back from any disappointing results.

Wolves go into 2022 sat in the middle of the Premier League 2 Division 2 table, as well as holding an unbeaten record from their opening four group fixtures in the Premier League Cup. Despite several positive results, Collins has reiterated the importance of developing players over scorelines, admitting he would rather prioritise giving younger players a challenge over playing the strongest team possible to win a match.

“From a development point of view, this season has been really exciting so far. We’ve seen a lot of younger players play for us, which has seen them challenged at that level and has shown whether or not they are up to it, which has been really good to see.

“We’ve had some ups and downs with the results, but the boys have always responded well from the negative results and shown great character. But most importantly, the players are developing and the club is setting the players the right challenge. 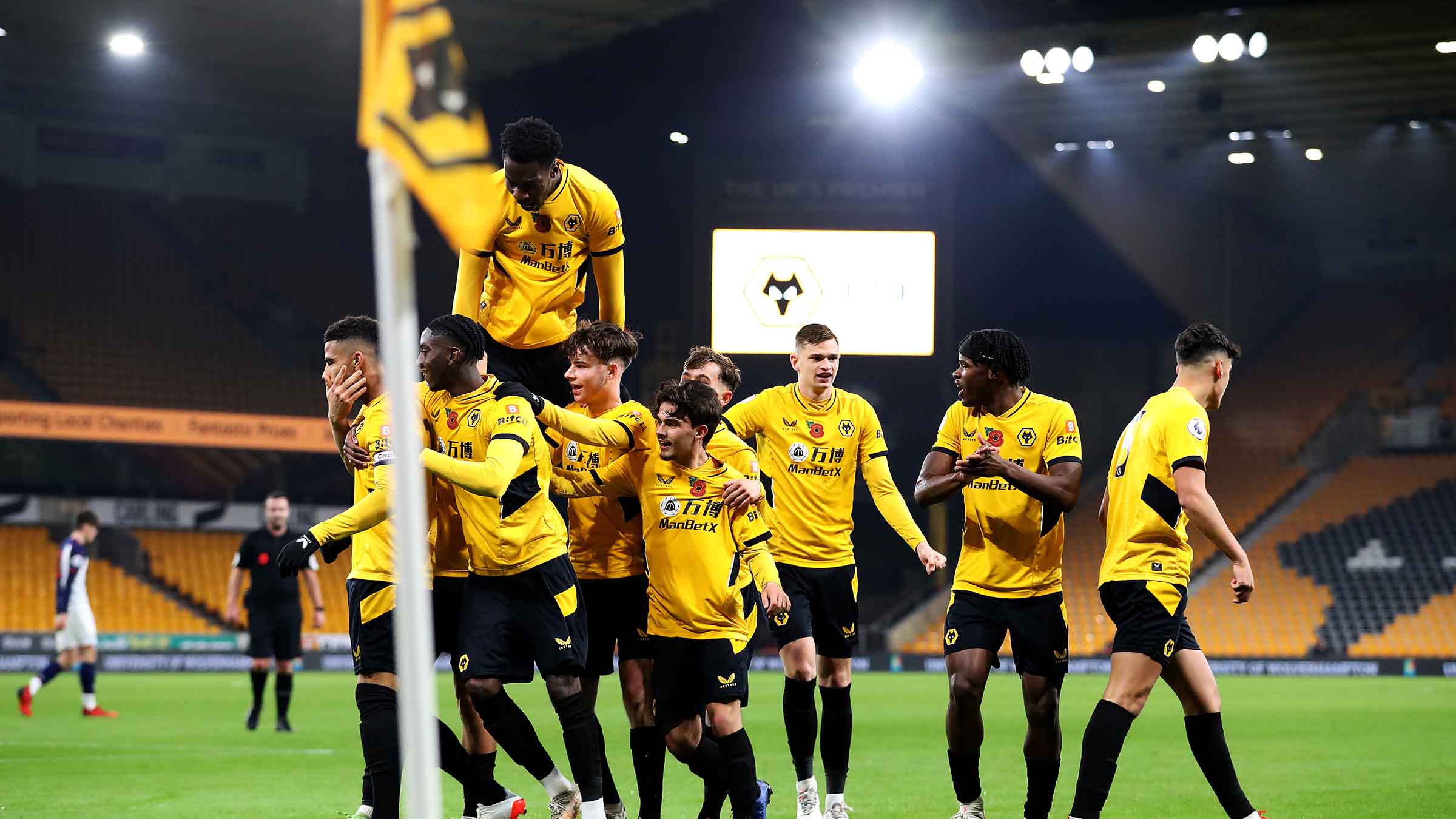 On younger players stepping up

“I’ve been absolutely delighted with the players who have stepped up into the under-23s this season. There’s a certain shelf-life for players in the 23s. They’re trying everything to get into the team throughout their Academy journey, and then they can’t wait to get out of it as quick as they can and into a first-team football environment.

“Once a player has been in the under-23s for 12 months, 18 months or two years – whatever is best for them – then they’re usually ready for something else, and we enjoy regenerating the squad and refreshing it with younger, exciting players who are desperate to play at that level, and I think that is the right approach as it sets the boys the right challenge.

“We’ve had some really good performances from our scholars; Tippo [Ollie Tipton] has stepped up, Justin [Hubner] has played well when called upon, Harvey [Griffiths] has come in from the outside having been injured and Harry Birtwistle has played almost every single week.

“That might not be what supporters want to hear, but my job is to develop footballers and if that means playing younger players and the results take a hit, then so be it, because in the end, we’ve got to develop players.”

On the festive plans for his squad

“Over Christmas, everyone’s got their own individual plans. Some of the boys from abroad have had the opportunity to go home, so they’ll have the next week with their families, while the UK boys will be in for an extra couple of days to help supplement the first-team.

“Everybody will then be back in on the 30th December and then off we go again for the second half of the season.

“We’ll have a few days break, some more than others, but it’s all based around individual needs. We have a good holistic approach with the young players and it’s important they get the chance to spend time with their families.

“But if you’re in and around the first-team squad and live local to the club, then having the chance to be around that environment over Christmas will be really beneficial.” 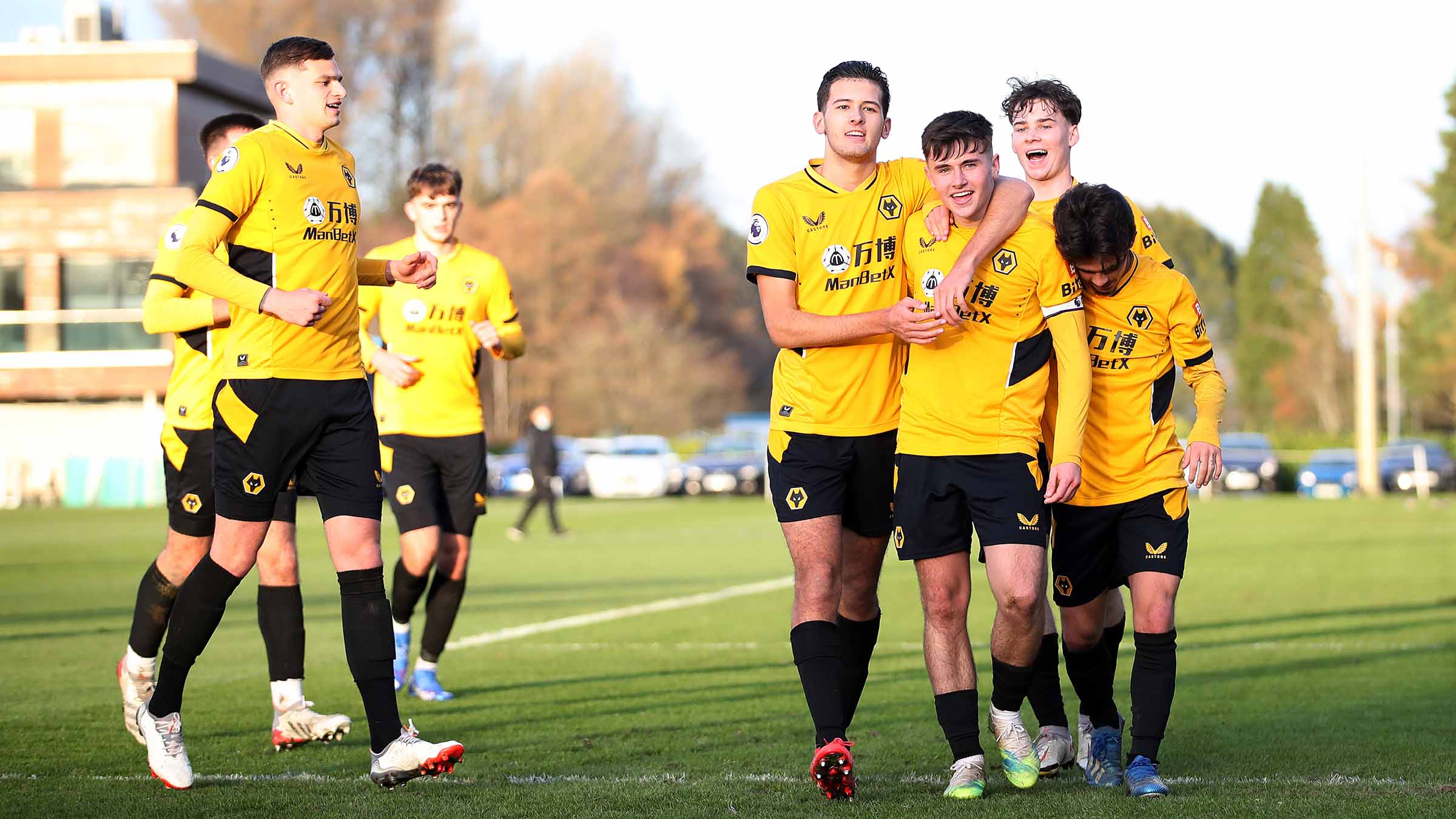 On preparing for the new year

“January is a month which is a bit of a muddle. At under-23 level, everything gets realigned with some players going out on loan and some players returning from loan.

“The plans are already in place for the more senior players of my group who might be looking at going out, but we want that loan to be one which is right for them. Unfortunately, that doesn’t always happen, as sometimes the right loan comes and sometimes they have to sit tight for a bit longer.

“We’ll also have one or two coming back from loans and decisions will have to be made as to whether they go again or they come back into the squad.

“By the end of January, we have a clearer picture of what we’re going to be heading into the end of the season with, because in January, the first-team has a lot of games and hopefully our players will be supplementing them if the gaffer needs any for his group.

“Then it’s a case of getting through the month, blooding a few of the younger ones who are ready, and then we’ll see where we are in February and go from there.”