Wolves Under-23s suffered a night to forget at Aggborough, as Norwich City hit five past James Collins’ side.

It was actually the hosts who’d started the brighter on the night, with Lewis Richards fizzing a cross-shot wide, before Harvey Griffiths tested Canaries stopper Dylan Berry from a free-kick and Lee Harkin had a close-range effort blocked.

However, from that point it was all Norwich, and the game was theirs following two quickfire goals. Bali Mumba bagged the first when he let fly from outside the box, before Jon Rowe finished calmly after latching on to Abu Kamara’s through ball. 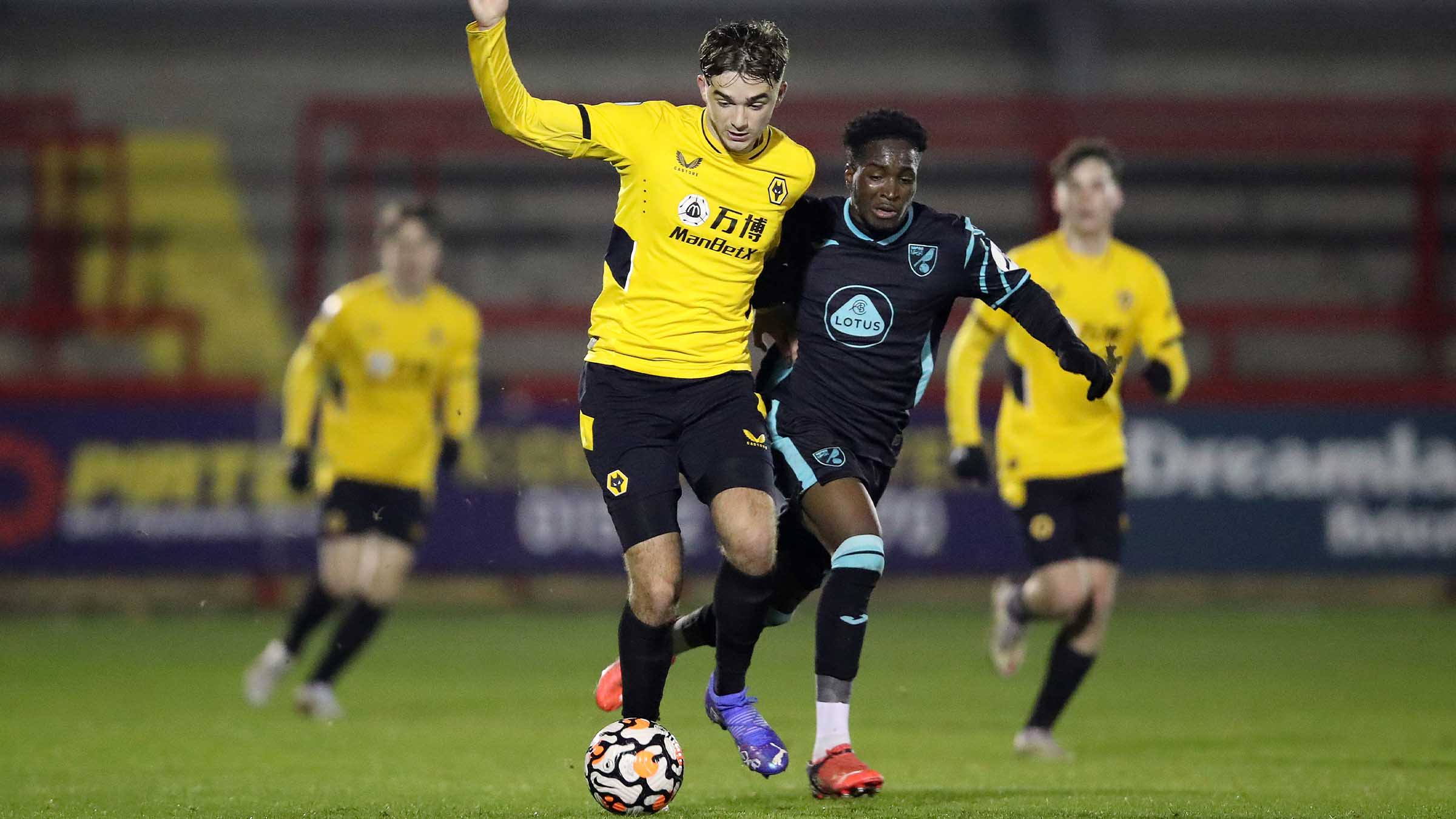 The second period was only six minutes old when Norwich added their third. This time, Mumba crossed for Rowe to plant a firm header into the corner, before Kamara added a fourth when coolly slotting past Louie Moulden.

Owen Hesketh, in a bid to bring Wolves back into the contest, hit the woodwork, while Berry excelled between the sticks to deny Griffiths a consolation for Wolves, who saw Bruno Jordao return from injury in the second period.

However, City would have the final say, as Tom Dickson-Peters collected the ball from Mumba and fired past Moulden to add salt to the Wolves wounds in the closing stages.

The under-23s end the week how they started it, in PL2 action, this time heading to Fulham for Friday night football in four days’ time.