Collins | On under-23s' 'really strong' connection with the first-team

Under-23 head coach James Collins has been pleased with how the younger members of the professional phase at Wolves Academy have adapted to Premier League 2 football this season.

Heading into the 2021/22 season with a relatively small squad – due to having more than a dozen of his players out on loan across the UK and Europe and with injuries racking up – Collins has called up several players from the under-18s to become part of his development squad and many have impressed in their under-23s debuts. Working closer than ever with the first-team group, Collins is hoping his players are doing enough to catch the eye of Bruno Lage.

On a bright beginning to the campaign

“We’ve had an excellent start to the season. We made the decision in the summer to do what we felt was right for the players and give the ones who needed the challenge of going out on loan a chance to go out, which meant we knew we would be young in our squad for the league.

“With that, there’s always some trepidation about how well they would do because they’ve not been exposed at this level before, but I think they’ve stepped up to the level very well.

“But that’s credit to the Academy, from the top to the bottom, to line-up the work that has been done to prepare them for this level, as they’ve done very well and started brightly.”

On promoting players from within

“Maybe in years gone by it’s been felt that players have been needed to get signed at this level to make us strong enough to compete, but now, with the good work which has gone on at the other levels of the Academy, we know mainly promote from within.

“A lot of the players in our squad have been at the club from a young age and I think that helps with the continuity, the team spirit, understanding the style of pay and the principles of play that the club has got.

“This makes my life a little bit easier when they come up to the under-23s, as I’m not having to start from scratch.”

With many of the first-team away, the Wolves Academy have the run of Compton Park.

On young players stepping up

“I’ve been delighted with them. Sometimes it does take an injury or someone suffering a knock to give an opportunity to a younger player.

“Kam Kandola came in for the Wigan game and was excellent, Dexter [Lembikisa] has come in and has really grabbed his chance, and it will be hard when the players return – because we’re beginning to get a few players back from injury – there will be real competition for places.

“If that young player grabs their opportunity, then it’s a real fight for the place, so that’s been a real pleasure to see the young boys coming in and grasping their chance. Nobody has come in and struggled, which has been really good to see.”

On working closely with the first-team

“It’s vital for their development to be around the first-team group. We’ve got a really strong connection with them and spend two or three days a week down with them, training with them, which is magnificent for our boys.

“It also gives the manager [Lage] a chance to see our players and decide which ones he believes can make that jump. Luke [Cundle] and Chem [Campbell] are probably the two closest at the moment, as they have both been in the squad and on the bench this season, and Luke got on the pitch in the Forest game.

“But the challenge for them is to keep doing well when they train down with the first-team and hopefully the manager will have some faith in them.” 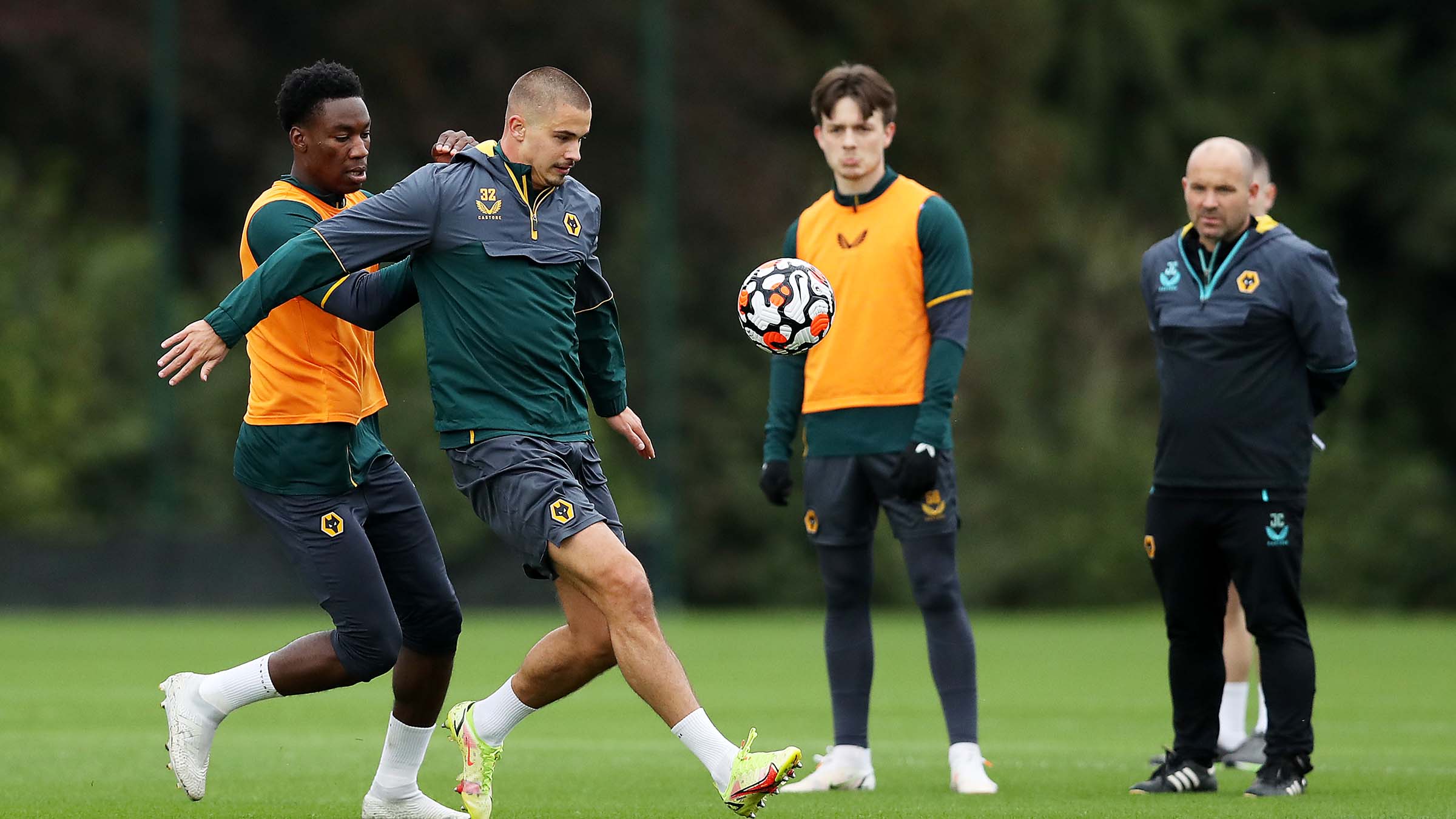 “What Southampton do well is that they produce good players. They’re a club with a history of producing players and have a philosophy in the way they play which is very similar to that of their first-team.

“We expect them to be pressing from the front, showing high energy, and lots of forward passing, and we need to be ready for it.

“But we’ve had a decent start to the season ourselves and are really looking forward to the game. We’ve had a little break since the Shrewsbury game last week, I think the lads needed a little breather at this point, so it’s come at a good time, but we’re now ready for the next challenge.”

“Some of the players are returning, Southampton is maybe a bit too soon for them, but we have some long-term injuries who are nearer.

“Hugo Bueno, who has been out for a while, he did really well with the first-team in pre-season, Harvey [Griffiths] who came in from Man City is getting nearer to a return and will be training again in the next few days and weeks, and we’re being cautious with Lewis [Richards] to make sure when he comes back he’s right.

“They’re getting closer, and whether Monday will be too soon for them, I don’t know, but we are getting closer to the point when team selection will be difficult because we’ll have more players to pick from, but that’s always good for a manager.

“There are positives to having to ‘scramble about’ for players to make up an 11, as you find a few diamonds in the rough, but we’d always want more choice and more competition, because they need to be able to fight for their place when they go into league football.”