A first Wolves under-23 goal for Harry Birtwistle secured all three points for the development side as James Collins’ men returned to winning ways against Nottingham Forest.

Wolves came out hungrier than they showed on Monday night at Reading, with Chem Campbell, who missed that match as he was part of the first-team squad facing Forest in the Carabao Cup, having a chance within the opening minute when he set away down the left before launching a shot at Jordan Wright’s goal, but the Forest keeper was able to palm the ball behind.

Having moved up into the under-23 squad for the start of this season in place of Theo Corbeanu, Singaporean full-back-turned-winger Birtwistle almost scored the first goal of his development team career when he picked up the ball 20 yards out from goal and fizzed a shot narrowly wide of the left upright.

It wasn’t all one-way traffic in the first-half, and Forest had their best opportunity to open the scoring when Will Swan was played in behind the Wolves defence, but from a tight angle on the right side of the box, he could only fire into Andreas Sondergaard’s side netting.

Wolves took advantage of that miss just three minutes later when Birtwistle’s goal saw Wolves take the lead. Lewis Richards was played in on 25 yards out and his shot through the penalty box was palmed away by Wright, but fell to Luke Cundle inside the box, but once again Wright blocked his effort from point blank range. However, the keeper could do nothing to stop Birtwistle’s follow-up from finding the back of the net.

The hosts could have made it two before half-time when Campbell was played down the left but he was crowded out by the Forest defenders, however the ball fell to Conor Carty, but the striker was foiled by Wright from close range.

In a second period which had little in terms of goalmouth action, Richards had the best opportunity to double Wolves’ advantage in the opening 15 minutes when he found space on the edge of the Forest box, but his shot flew wildly into the stand behind the goal.

Richards was posing a threat down the left for Wolves, and his dangerous looking ball towards Carty just flew beyond the outstretched leg of the Irish striker, while substitute Erik Bugarin was played through on goal, but the Forest defence were able to recover to deflect the Spaniard’s shot out for a corner.

With Forest not posing much of a threat to Wolves, the side were able to control the latter stages of the contest to secure their second win of the 2021/22 Premier League 2 Division 2 campaign.

James Collins’ side get their Papa John’s Trophy campaign underway next week as the under-23s travel to League One outfit Wigan Athletic from 7pm on Tuesday (31st August). 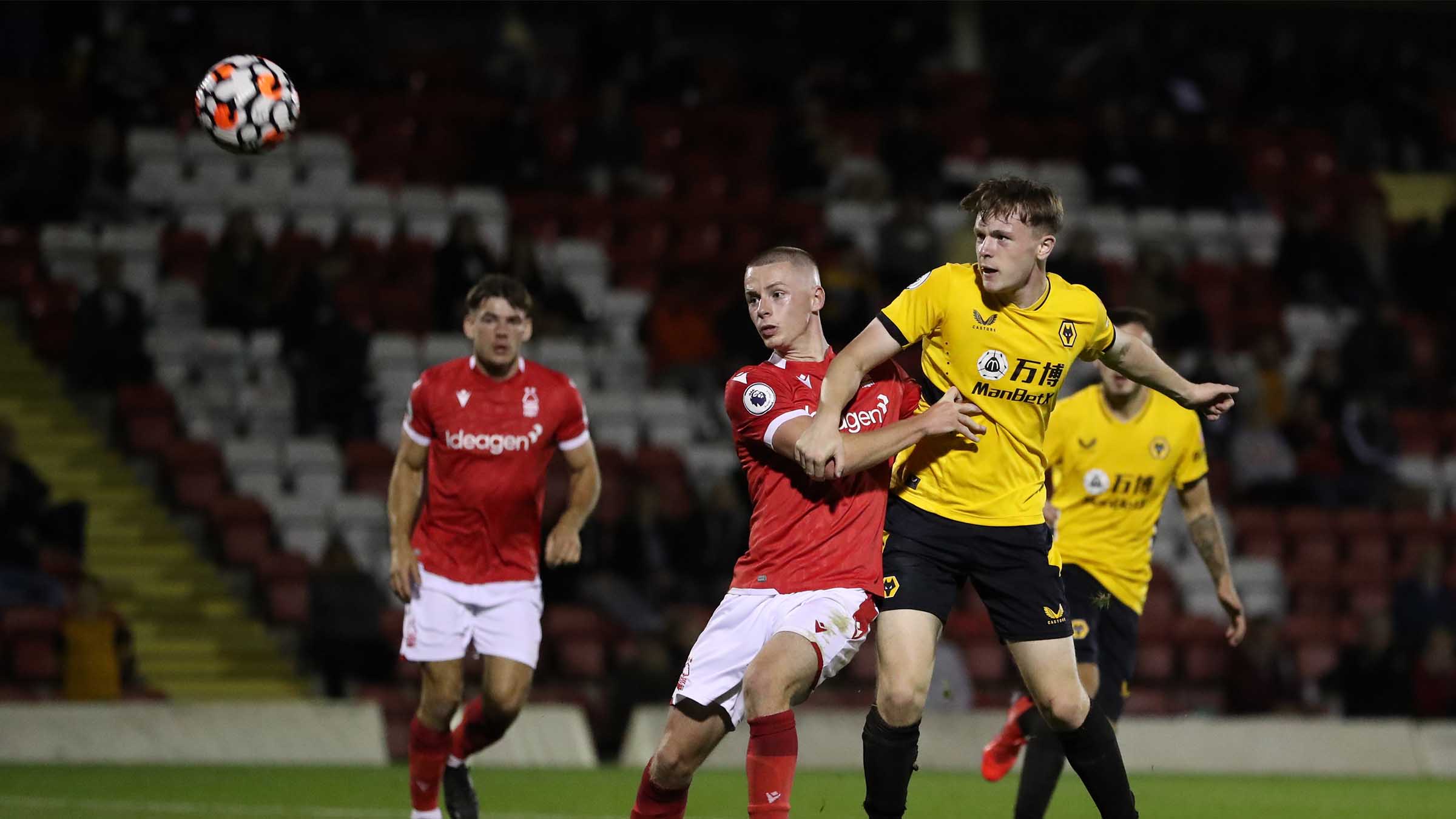