Wolves Academy midfielder Taylor Perry has been rewarded for his progress with a new deal at Molineux.

The 19-year-old has penned a new two-year contract with the option of a further 12 months, providing an opportunity to further develop, after another impressive season in the under-23s set-up.

Hailing from the Black Country, Perry has spent his entire youth career with Wolves, having joined at the age of seven, and in recent years was one of a number of Academy products to regularly train with first-team at Compton Park.

After receiving a call up for Wolves’ 2019 pre-season tour in China, the midfielder made his first-team debut at Aston Villa in the Carabao Cup and played a part in the club’s 4-0 win over Besiktas in December 2019.

While featuring on the bench for the first-team on occasions last season, Perry continued to impress for the under-23s, finishing the season with seven goals from midfield and providing a constant threat from set pieces. 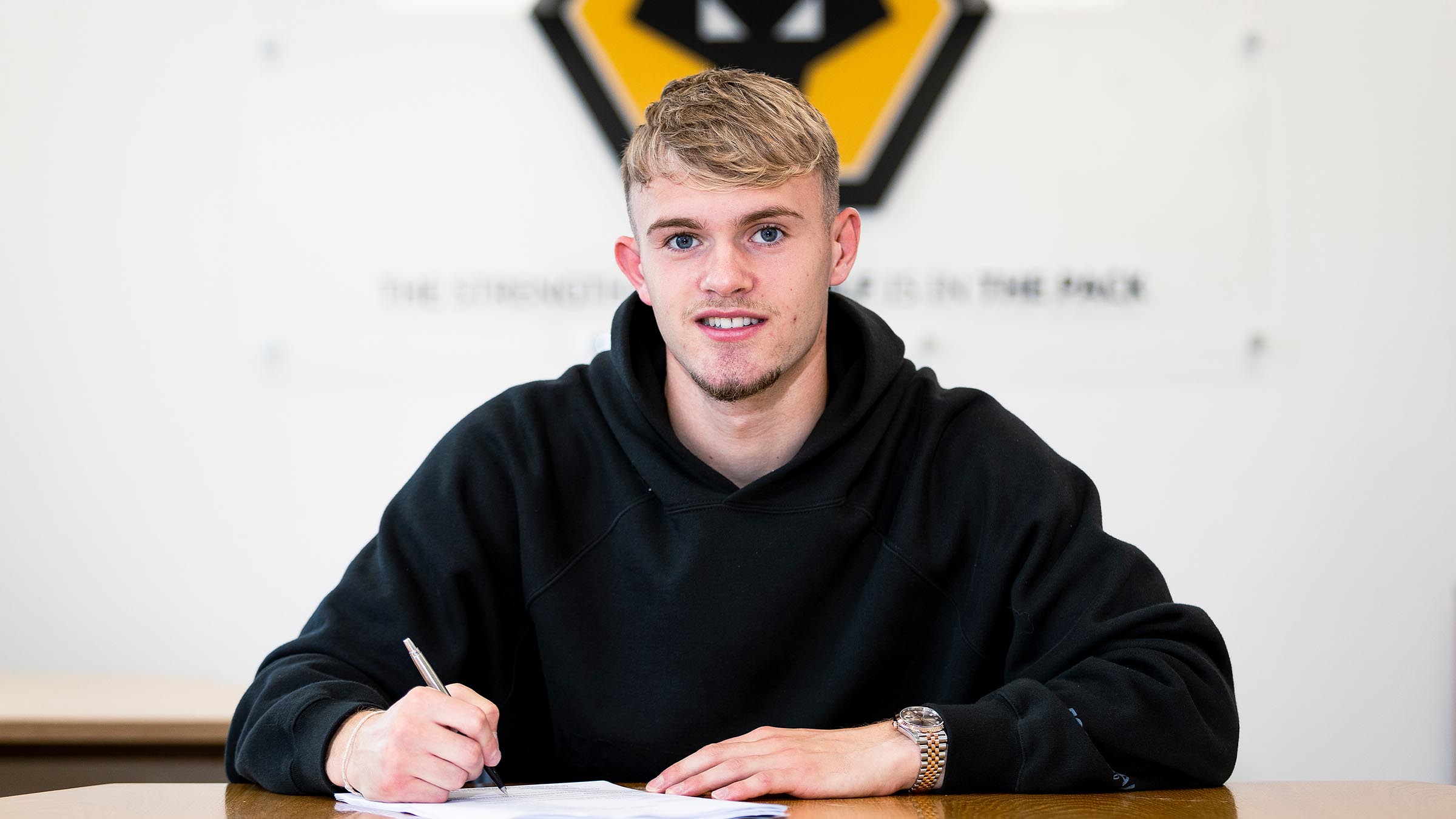 On the contract, technical director Scott Sellars said: “Taylor’s been here a long time and we’re really pleased he’s staying. Giving him a longer contract will hopefully allow him to develop further.

“The first thing you try to do is get local boys into the football club, to give them an opportunity to play for the club they support. It’s great to see local lads progress and we’re pleased Taylor is doing that.

“At the end of that period we’ll have a chat with the manager, see who he wants in his squad, and it may be that Taylor stays or it may be that he goes out on loan.”

Another brilliant free-kick by Perry and it's game on at Selhurst Park!

A run of six goals in seven Premier League 2 games during the autumn months saw Perry catch the eye for Collins’ side, and represented clear progression, having netted twice the previous season.

“Especially in the first part of the year he was really on form. Unfortunately, he picked up an injury which stalled his progression, but until Christmas he was scoring lots of goals and was really effective.

“Adding goals is something we spoke about a lot, what could separate him from other midfield players. He’s always had the quality and scored goals from a young age.”