James Collins admits he is enjoying the style of football his Wolves under-23s are playing after a comfortable 3-0 victory over Norwich City made it three games unbeaten for the development side.

The under-23s moved back into the top three of Premier League 2 Division 2 after Luke Cundle marked his 19th birthday with a goal inside the opening 15 minutes before setting up Owen Hesketh and Jack Scott in the second period, in another pleasing performance as the team push to cement their place in the play-offs with two matches of the season remaining.

On moving back up to third

“It was really pleasing because when it gets to this stage of the season, three games to go after we dropped to fifth because of the games in hand, I thought the boys could have got nervous, but the way they went out from start to finish, they showed what good players they are.

“I thought we were excellent for large periods of the game, I thought we defended really well because we had some tricky moments, as Norwich are a good side, and it was a really good contest, but I thought we deserved to come out on top, so I’m glad that we did.”

Perry to Cundle to Hesketh.

A quality team move ends with the ball in the back of the net. #WOLNOR #PL2https://t.co/PByVvQKfkX pic.twitter.com/aONqndhT91

On scoring when on top

“When you have such dominance, like we did early on against West Brom and like we did today early on, if you don’t score, it gives the other team confidence.

“I watched Man City/Tottenham yesterday and Man City were magnificent for half an hour, but they didn’t score, and you saw Tottenham able to grow into it after that, but that happens.

“When you’re on top, you need to score goals and fortunately we did that today and that first goal was vital. They had a really good go and was even-stevens for a long period, but that goal was the difference, and then we were able to control the second-half.”

On playing without a recognised striker

“Conor’s [Carty] had a bad ankle, but he’s come back quicker than we thought and hoped, which was great, but in training he rolled it again and although it was alright, I didn’t think we could afford to lose another striker because he’s the last one we’ve got left at the moment.

“I felt with Owen [Otasowie] coming down, we had to leave someone out, and even though it wasn’t the right position, I felt it was the right personnel-wise to give Conor that little bit longer to recover.

“In some ways, we got away with it because we got the win, and hopefully the extra few days rest will help.”

On the versatility of his squad

“It’s really important. When I watch the first-team, the manager plays them in many different positions and different roles, but they are expected to learn the different systems and understand their roles within it as that shows football intelligence.

“It’s something we try to teach them all of the time and some pick it up better than others, some learn it more naturally.

“With Cundle, I’m making a sub and about to tell the sub what I want him to do on the pitch, and I can already hear him telling the sub before I can, so it’s a real pleasing thing when you have intelligent footballers out there.”

On hitting form at the right time

“What’s great is that we’re playing football and I’m enjoying watching us play. We’ve had a decent season whatever happens, but of late, we’ve really found our footballing stride.

“I think in possession during the last three games, we’ve been excellent and probably should have had three wins.

“You have to ride a couple of the opposition attacks at time and they have to defend well, like I felt they did today, but I’m really enjoying watching the boys play at the moment.

“It’s always a plus when you can stand on the sidelines and enjoy the football your teams play.” 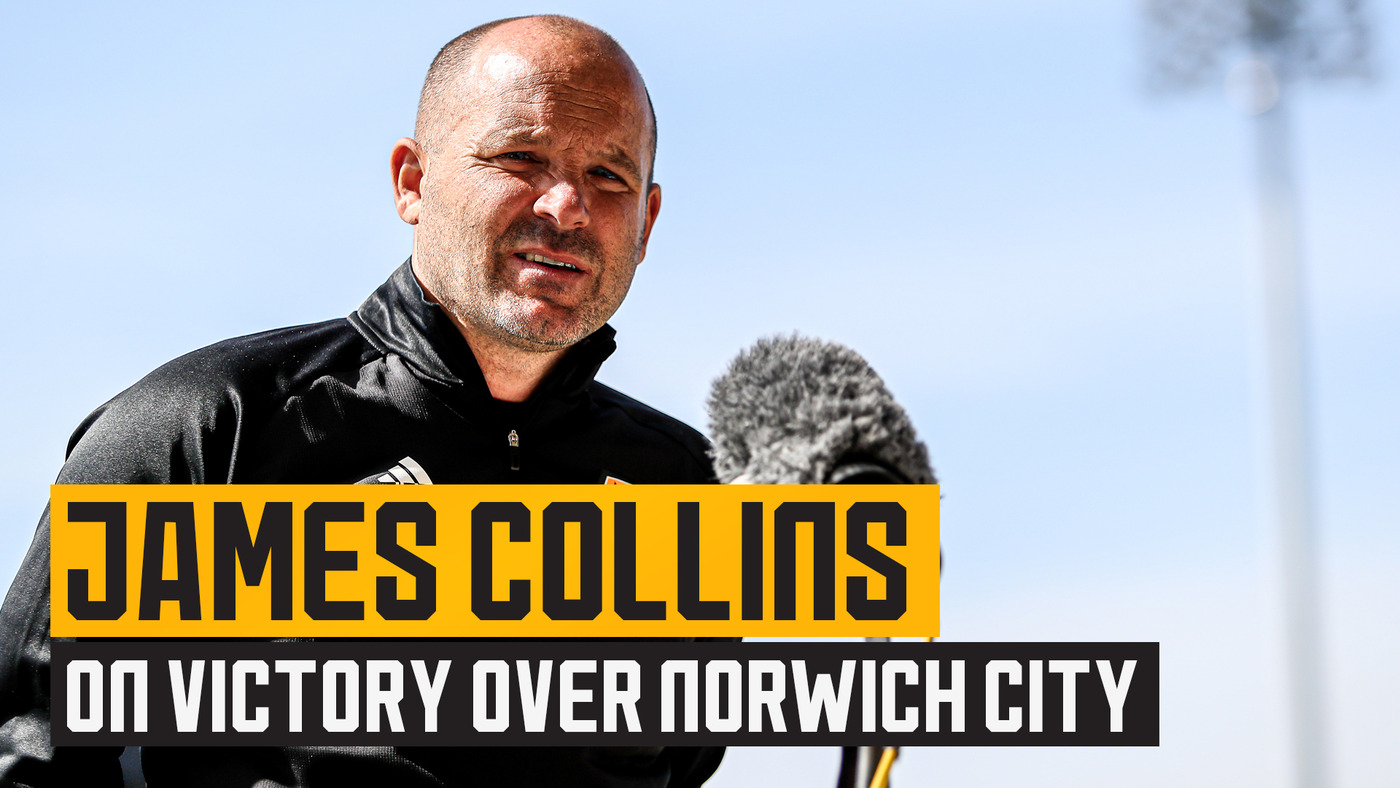