The under-23s followed the first-team, under-18s and women’s sides in taking the spoils during a weekend of wins, as they comfortably dispatched Newcastle United by four goals at Aggborough.

Austin Samuels set the tone for the afternoon as he put Wolves two goals to the good either side of the half, before Theo Corbeau’s header and Owen Hesketh’s fourth of the season made it a weekend to remember for those in gold and black, as well as putting the under-23s back in the Premier League 2 Division 2 play-off places.

After a nervy start from both sides, the game began to open up, and the increase of space almost allowed Wolves to take an early lead.

A stunning pass from Sadio Diallo found Luke Cundle in acres of space in between the Newcastle centre-halves, and with just goalkeeper Jake Turner to beat, Cundle could only fire the ball straight at the Newcastle stopper, who stood up well to the strong effort.

Newcastle were proving to be a danger on the break, but the centre-back pairing of Christian Marques and Nigel Lonwijk were dominant in defence to break up any threat of those in black and white shirts, using their strength and skill to dispossess the visiting attackers.

It was the hosts who did take the lead with 20 minutes on the clock, as the ball fell to Samuels inside the penalty area, and having held off his marker, he turned well in tight space before firing a shot into the far corner of the net which beat the outstretched leg of Turner. 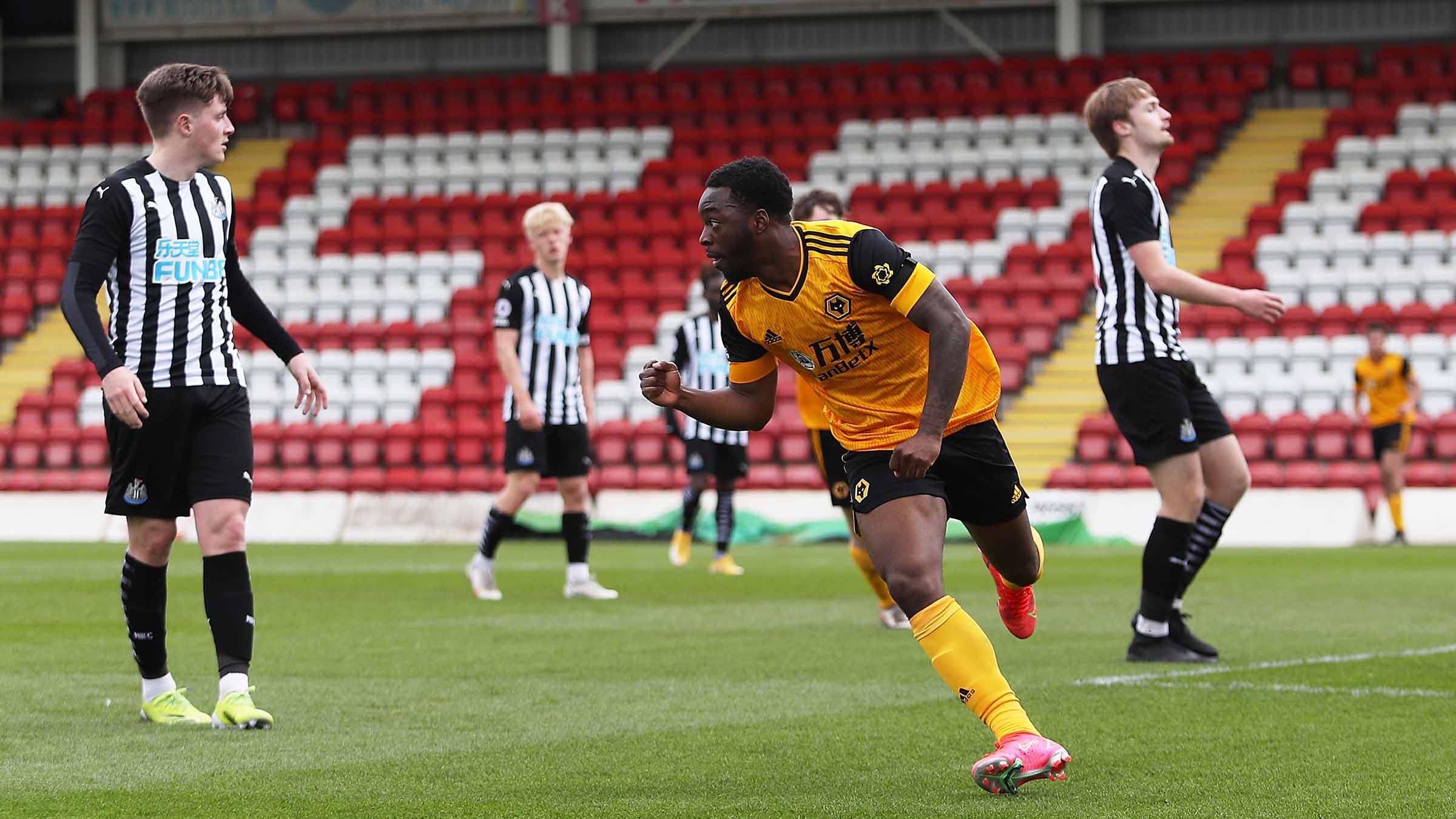 Wolves continued to push for a second goal as James Collins’ young side looked to capitalise on a first-half they were well in control of, but it was Newcastle who ended the half the stronger, as old gold keeper Joe Young was forced into making a superb diving save to push Stanley Flaherty’s effort wide of the post.

Just minutes after the half-time break, Wolves and Samuels doubled their tally for the afternoon, as a clever corner routine saw Diallo have a chance to let fly from the edge of the box and his powerful effort was turned into the back of the net by the number nine who was lurking inside the box, to give Turner no chance of keeping it out.

Wolves’ persistence in playing out from the back was almost their own downfall moments later, as the experienced Christian Atsu – a player with more than 100 league appearances under his belt – won possession and drove towards the host’s goal, but his low effort was comfortably kept out by Young.

The end-to-end flow of the match continued in the second period, as it was Turner in the Newcastle goal who was called upon to keep Wolves from snatching a third, as he stood up strong to make a double save to stop Cundle and Hesketh as they both had efforts on goal from inside the penalty area.

A third goal did arrive for Wolves just after the hour mark as Jack Scott was found in space on the right and his invitingly curled cross was nodded into the bottom corner by Corbeanu, who had arrived in the penalty area unmarked. 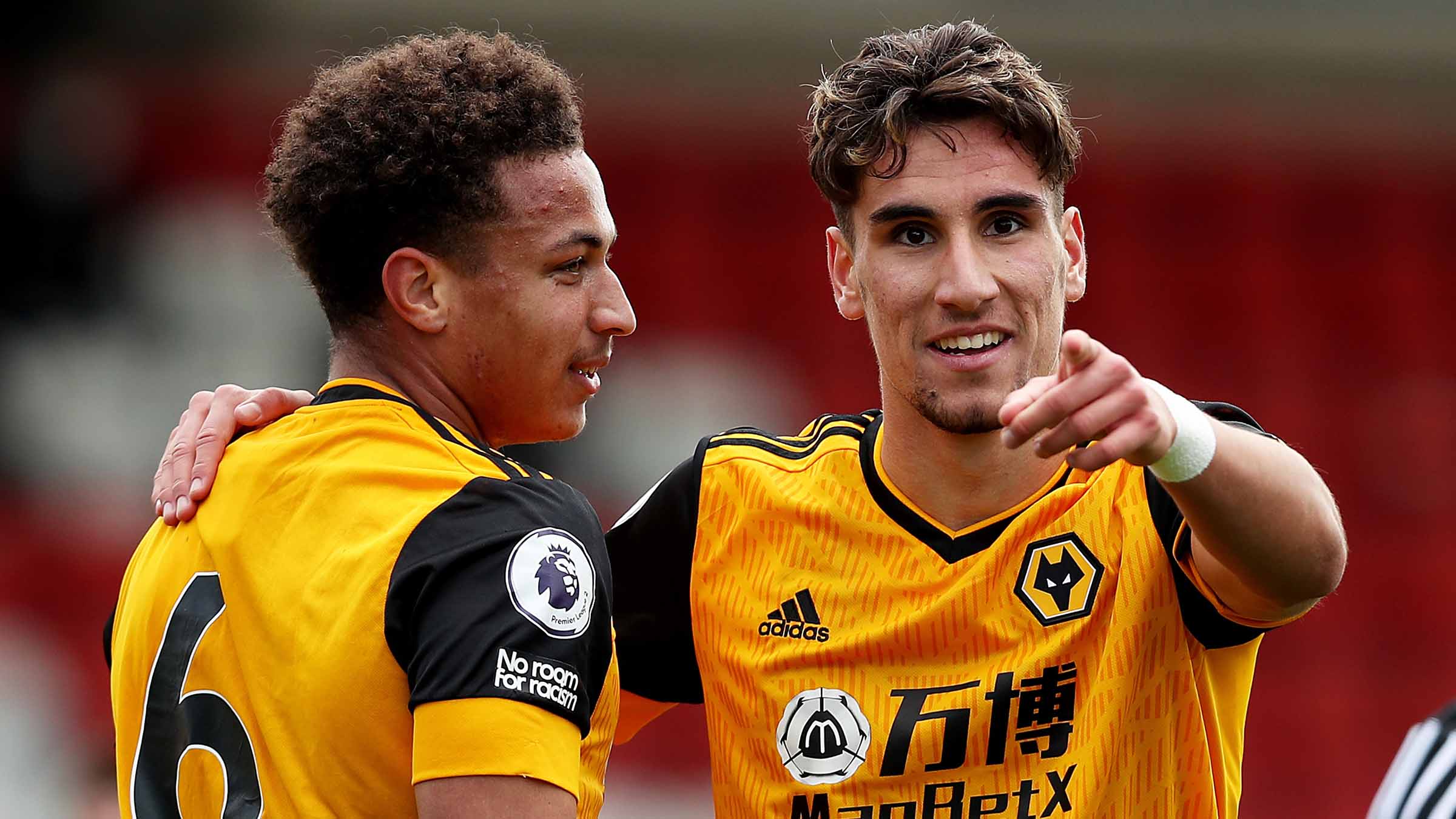 Wolves kept up their pressure, despite their three-goal advantage, and it paid off as Turner was rushed into a loose pass by Samuels and his ball only found Hesketh 20 yards out from goal, who lifted a delightful lobbed effort over the Newcastle keeper and into the net.

As the hosts maintained control of the tie, Newcastle were relying on catching Wolves on the break, and Young was again forced into making a great save to deny Tom Allan when he broke through one-on-one, but the Wolves keeper came out on top, in the process, securing the three points for his side in style.

James Collins’ side will be looking at replicating their performance next Monday lunchtime as he under-23s take on West Bromwich Albion in the latest Black Country derby. Coming from Aggborough once again, the match will be live on Wolves TV from 12pm.