James Collins is urging his under-23 players to improve their defensive stability as they look to halt the ‘habit’ which can come after successive defeats.

The development side now have two losses on the bounce in Premier League 2 Division 2, and despite scoring 10 goals this season, the team have conceded nine in those two defeats, causing the head coach to reiterate the importance of firstly building a solid defensive base which can then be built on at the other end of the pitch.

On an ‘unlucky’ defeat to Palace

“Unlucky is a funny word because that’s how Crystal Palace win games. They have a mid-block which is hard to get through, so I knew we’d have the ball and control the game with our shape, and I hoped we’d be better at getting through them.

“We have some good attacking players on the pitch, and we passed the ball well, but probably not quickly enough, and we didn’t create enough chances for the control that we had.”

All the action from yesterday's #PL2 clash at @CPFC.

On Palaces’ goals coming after good chances for Wolves

“In the first-half, I felt we controlled it, but it wasn’t particularly exciting and there wasn’t many chances at either end. We had our first real chance just before, and then Meritan dribbles in the wrong area – he knows he should’ve passed, we lose it, and they counter through Benteke.

“As soon as he was in that position, I knew what he was going to do, but I just hoped Pascal could recover and put the block on him, but he curled it in the top corner and it’s then a different half-time team talk.”

On fighting until the end

“The boys are frustrated because we felt we had the better players on the pitch and we lost again, but we felt like that last week.

“I said to them that if this was the first-team, they’ve got to be careful because losing two on the bounce can become a habit again, so we’ve got to make sure we come out, be solid, get a nil, and if you get a nil then you build from there.” 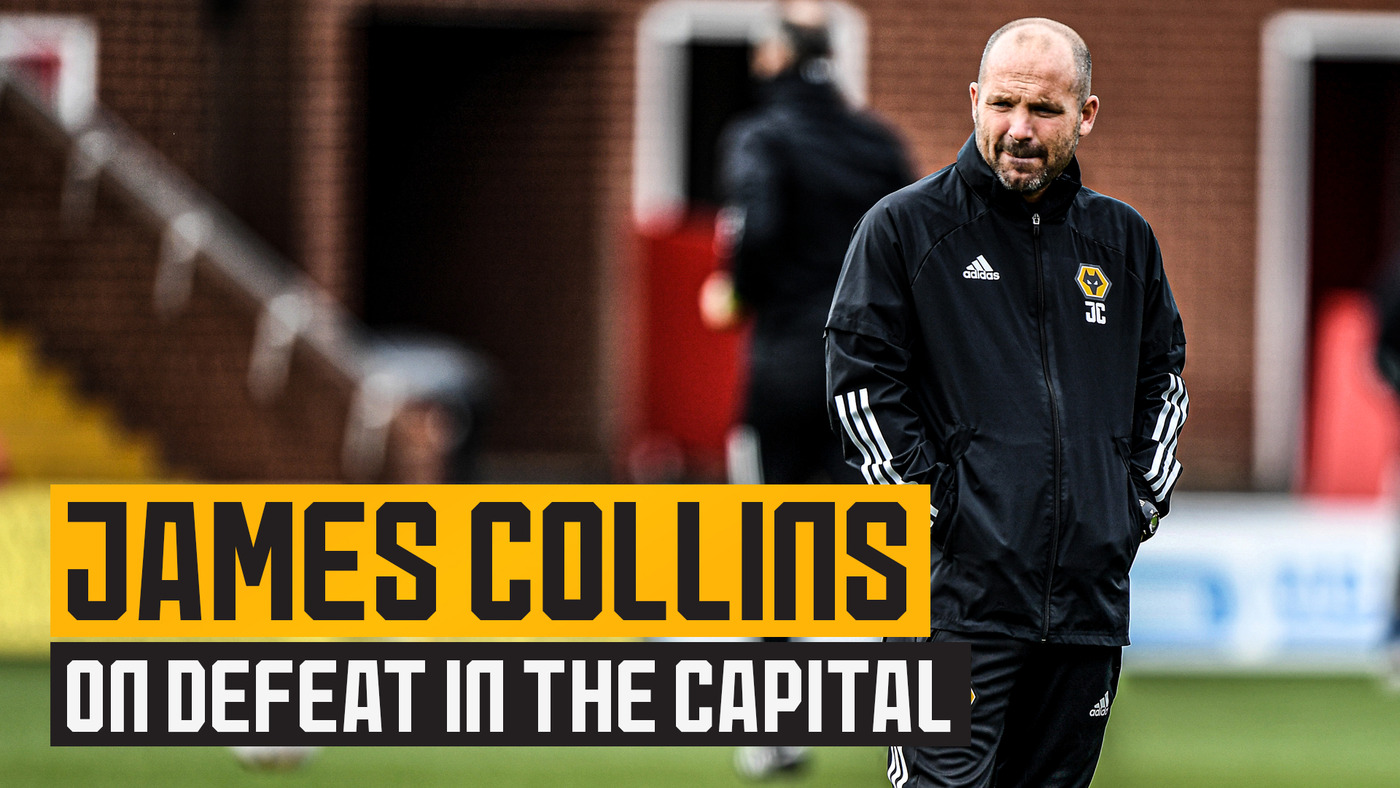 On Perry missing out on the starting line-up

“TP’s unbelievably unfortunate not to play really because he’s been excellent as of late, but we felt that with the boys we had back from the first-team group, that was the best way to go. It’s great for the other boys to see Owen come back, Vitinha to come back, and it’s great to see him chatting in there to Theo about what he should do.

“Those are the great learning things that you don’t see, but are important, so we felt they should play, but TP was unlucky not to start but has come on and scored. He’s probably our best goal threat at the moment.

“There’s competition for places at the moment and I felt Rafa did well again, I though Cyriaque came in and did well at the back, so the performances are ok, but we just need to make sure that in those tight games as under-23 level, that we learn to get a draw or to win the game, rather than getting an unlucky defeat.”