Wolves under-23s turned on the style to breeze past West Bromwich Albion and maintain their unbeaten Premier League 2 record in 2022. Lee Harkin helped himself to a brace at Telford to help Wolves to victory on derby day after what was arguably the performance of the season from the youngsters.

Leading the line on the night, Harkin took his opportunity, opening the scoring when pouncing on a goalkeeping mistake. Christian Marques doubled Wolves’ lead from close range, before Harkin’s snapshot and Joe Hodge’s clinical strike added deserved gloss to a convincing victory for James Collins’ side on the road.

The head coach was afforded a strong side for Monday’s Black Country derby, including a sprinkling of first-team experience, so expectations will have been high, and the old gold didn’t disappoint, going in for the break a goal to the good and never looking back in the second period.

Taylor Perry and Luke Cundle had already fired early warning signs off target, before Chem Campbell headed over at the back post when unmarked, following a fantastic pass by Harvey Griffiths and pin-point cross by Dexter Lembikisa.

Hugo Bueno was next to be left frustrated with missing the target, having latched on to Perry’s through ball, cut inside, but shot wide. The midfielder should have fed Luke Cundle soon after too but lashed over with the under-23 skipper unmarked in the middle.

However, Wolves did find the breakthrough three minutes from time when Campbell’s low free-kick found a way through the wall and was fumbled by Ted Cann, allowing Harkin, who’d sniffed out the mistake, to pounce and put the visitors in front. 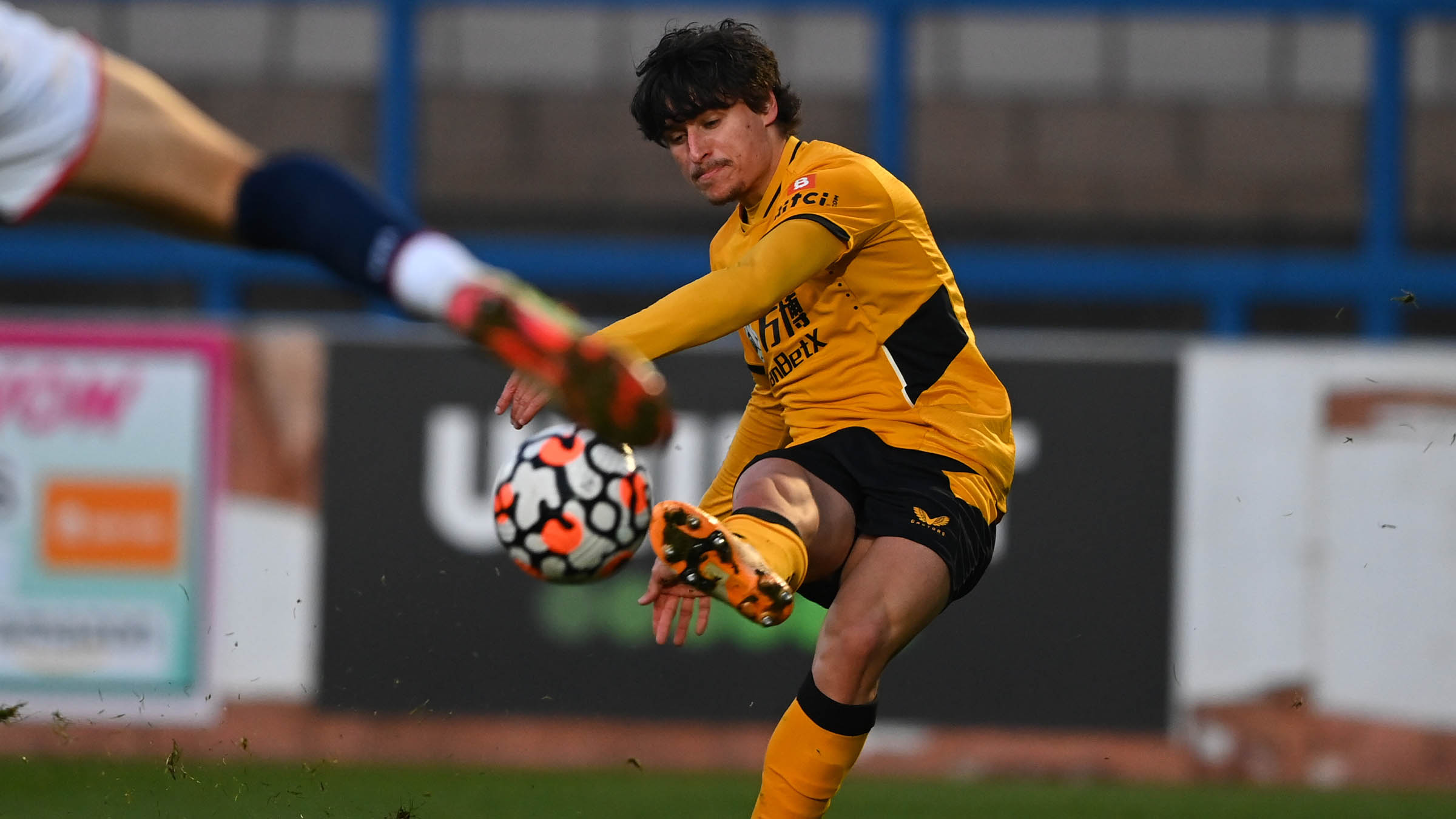 Just three minutes after the interval and Wolves should have been cruising. A fine move created space for Campbell down the left, but as he crossed, Lemibiksa and Perry were both denied by remarkable goallines clearances.

The second goal would arrive soon after though. Bueno’s corner was met by the head of Toti, who was denied by a good Cann save, but Marques was well-placed to knock home at the back post.

They had two, but Wolves could, and maybe, should have had more. Cundle was guilty of shooting over with the goal gaping following a Bueno cross, then minutes later Lembikisa let rip with an effort from distance which cannoned back off the crossbar – a Goal of the Season contender it would have been.

However, it was a much more straightforward opportunity which put the game beyond doubt for the old gold. Substitute Harry Birtwistle’s eventually found Harkin, who instinctively fired into the corner to get his second of the game.

There was still time for a 16th different under-23s player to add their name to the scoresheet for the season. Hodge only joined the contest with two minutes remaining, but got himself up and running in old gold, following his summer move from Manchester City, by firing home a loose ball in injury time to round off the scoring. 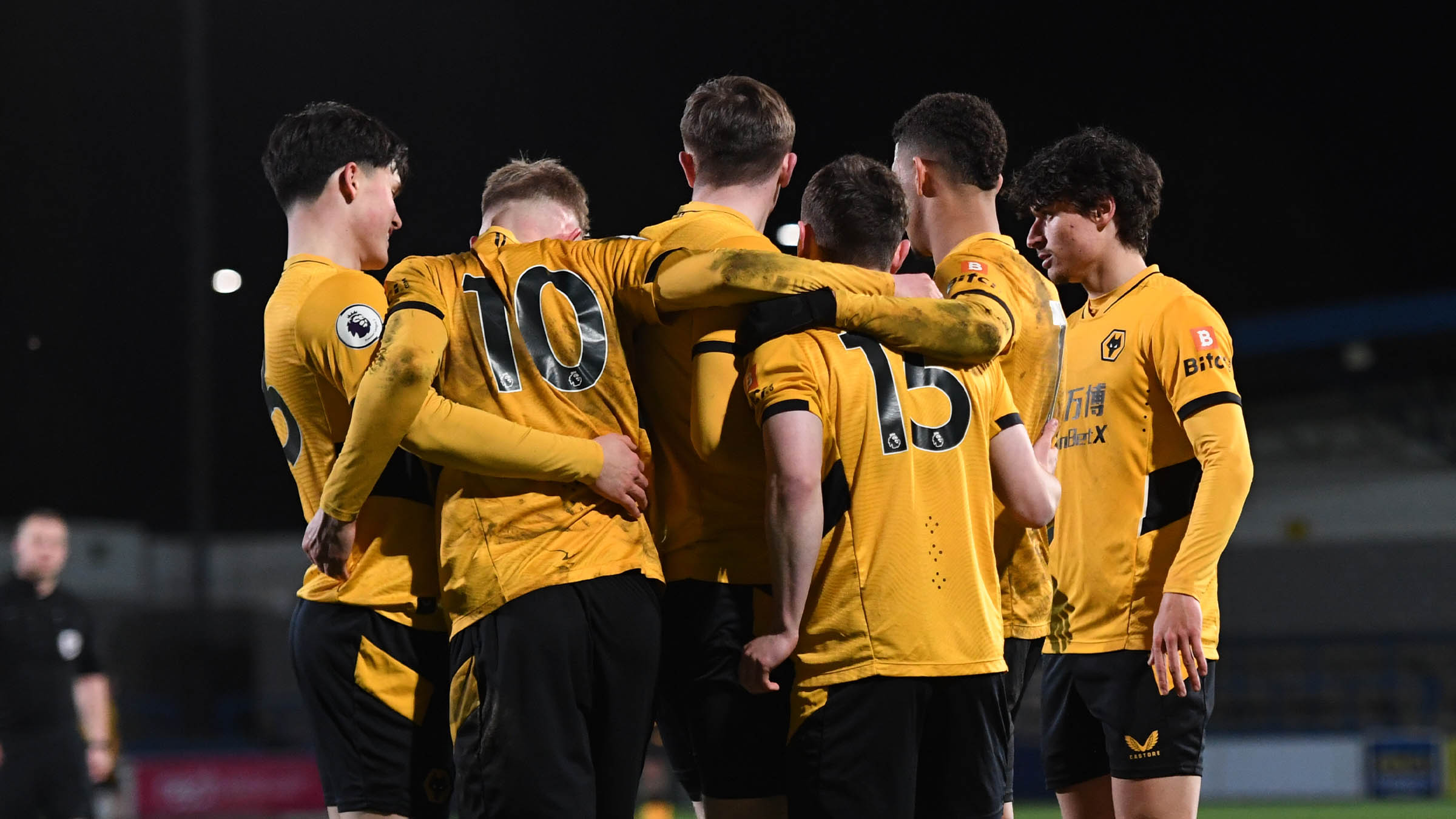 Just like the week started for Collins’ side, it ends with a clash against West Midlands opponents, as Aston Villa visit Aggborough, looking to build on this comprehensive victory against Albion.