Wolves got their Premier League Cup campaign off to a winning start thanks to a third successive 1-0 home victory for James Collins’ side, this time against West Ham United at Aggborough.

Less than 72 hours after their shootout heroics at Wigan Athletic, Collins’ group had to go again on Friday, but showed no signs of fatigue, taking the lead with their first real attack. A brisk breakaway saw Cundle square for Carty, who helped the ball on to Birtwistle who slotted home.

Soon after, chances came and went to make it 2-0. First, Raphael Nya was denied at the near post by Hammers stopper Brian Kinnear. Then Carty found space to run into, but his delay made the angle too tight, and Kinnear was once again able to save.

As for West Ham, Thierry Nevers got in down the left on two occasions, but couldn’t find a way through, as the Wolves defence, which featured the returning Yerson Mosquera for the opening half hour before his pre-planned substitution, held the Hammers at bay. 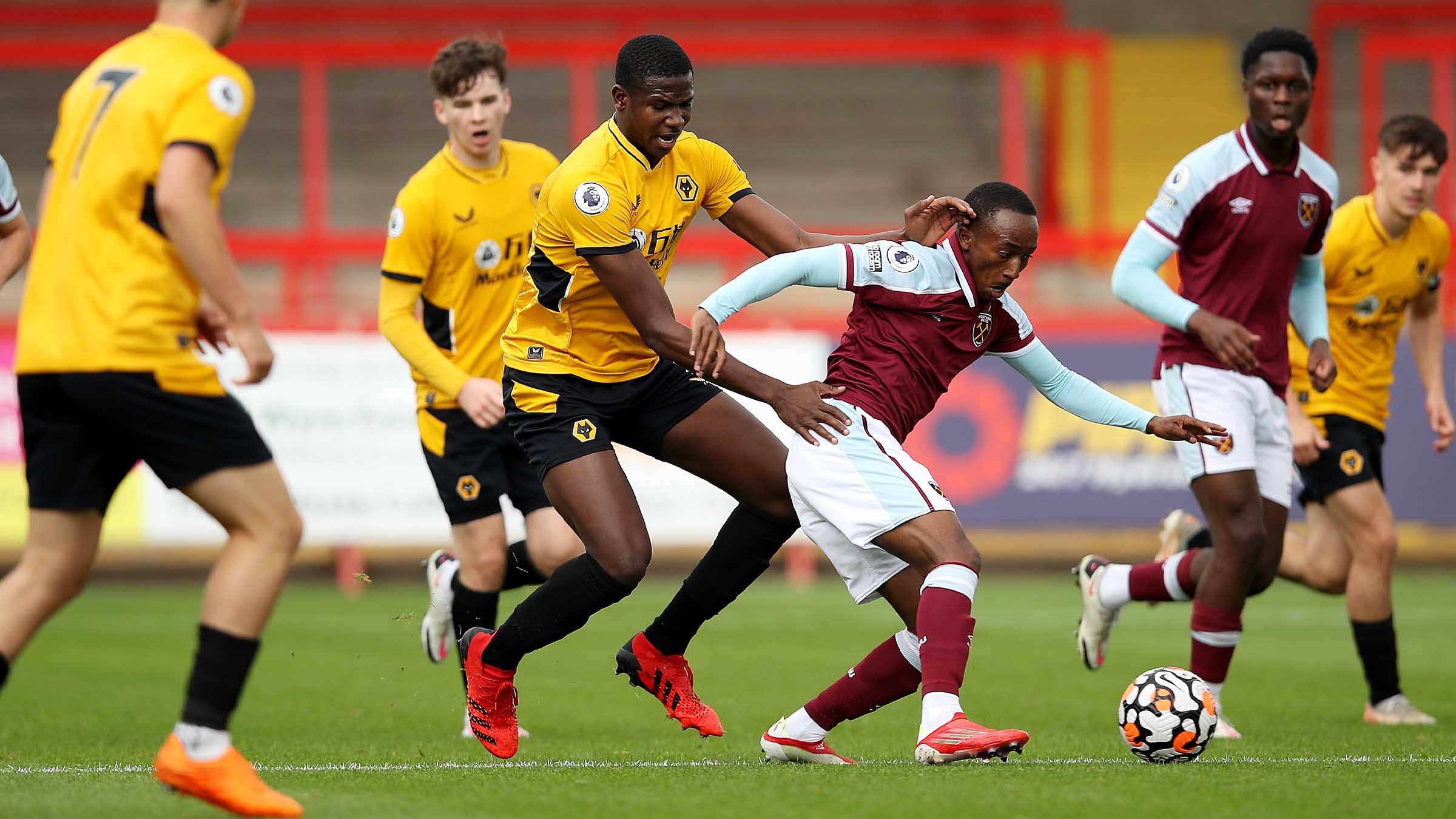 After the interval, the Hammers did improve, looking to take something from the first tie of the group stage, and Pierre Ekwah shooting over from distance was a sign they were getting closer. While, on the break, Aaron Keto-Diyawa almost made it two for Wolves, only to be denied by Kinnear.

The closing stages were full of drama however. First, Owen Farmer was denied by the legs of Kinnear, before Campbell reacted too slowly to turn in the rebound. It got worse for the forward too, as he received a second yellow for kicking the ball away in injury time.

In truth however, either side of the red card, Wolves saw out the victory comfortably, against higher level opponents, getting their campaign off to a winning start, with the return tie against the Hammers to come and a pair of meetings with Swansea City. 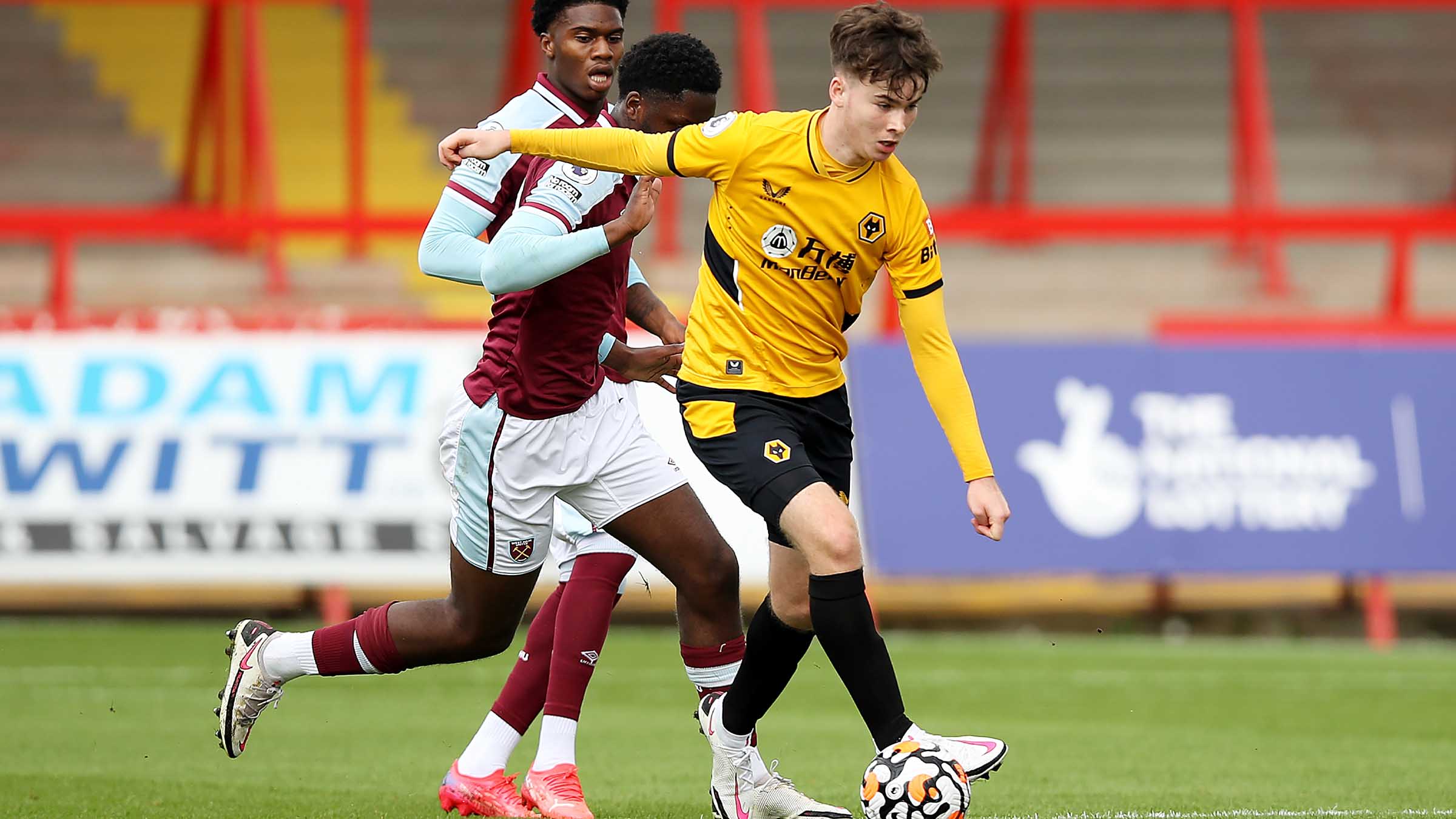 James Collins’ group return to PL2 action next Friday, as they travel to Lancashire to take on Burnley at Turf Moor.