Collins | 'He can be anything he wants to be'

Under-23 head coach James Collins said the young age of his squad has been created to challenge his players to make the step-up in their quest to become elite footballers.

In last week’s Premier League 2 clash with Sunderland, Wolves’ average age of their under-23 team was 18, more than three years younger than that of their opposition.

But Collins insists that the younger age of his side – which has also impacted the club’s under-18s, with Steve Davis regularly including 15 and 16-year-olds in his line-up – has been designed to aid the development of the Academy’s promising players.

On a young under-23s group

“It’s no good for us to have a strong 21-year-old team out every week, winning the league easily and everyone pats each other on the back, but we don’t produce any players. The challenge was: can we get our young players playing up early?

“That was a decision from Scott [Sellars] and the chairman, which we all back. They’re good players, and if they’re good enough then you want to give them the best challenge you can as early as possible.” 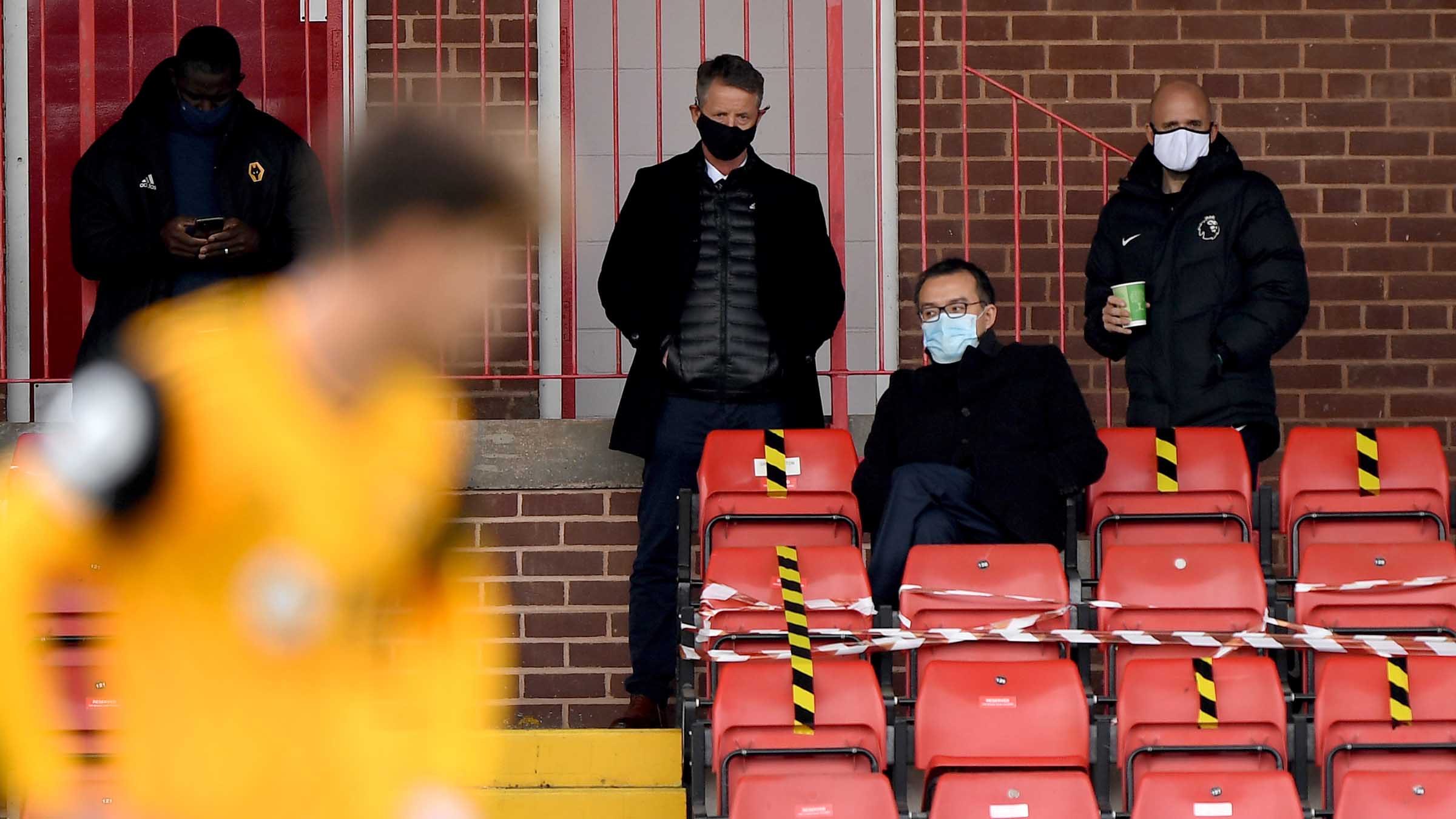 On the support from Jeff Shi

“I left Crewe, a club that I loved and had been there a long, long time, and that was one of the main reasons I wanted to come here.

“When I heard the chairman was unbelievably enthusiastic about the development of young players and backs that by knowing all their names, knowing who they are, comes to all the games, I think that’s brilliant.

“It’s a great pressure to have. He wants to know what’s going on and wants to know how they are developing, and it’s good to be in a club which has a chairman like that.”

On development being a priority

“It’s always development first. We’re trying to make the players better and ready for our first-team, and if they’re not good enough for our first-team, then we’ve got to try and make some value out of them and get them to the highest possible level they can play at.

“That’s number one priority, but when you’re in a league, and this is the last age group you get to before first-team, winning is important. I’d be lying to say it’s not.

“But learning is the key. If they get an opportunity to train with our first-team players and first-team staff that can only help them when they come back to us or if they go somewhere else to play on loan.

“It’s a real plus point for our academy to have our under-23s regularly training with the first-team and something I’m really grateful for.”

On utilising the loan market

“If we don’t get any of our players out on loan in January, then we’re probably not doing our job. As I say, we want to get the best challenge possible for our players.

“I look at Theo [Corbeanu], who’s very young, but I’d love to see him in the league and see how he would do because I think he’s physically capable of doing it and will bring him on.

“There’s lots of others in the group like that, Oskar [Buur]’s a bit further on and needs to go on loan somewhere and get first-team football, but we’ll enjoy them when they’re with us, and when they do go, we’ll bring through even younger ones. But that’s the role of the club and that’s what we want.”

On Otasowie being called up by the US national team

“I’ve had some ups and downs with Owen along the way because he has ups and downs, but he’s an excellent technician, a real good physical specimen and he’s a really good kid.

“He’s a strong boy and that’s good, but at times he needs to learn when to switch it on and switch it off, but I think that most of the good players have to have something about them. They have to have some character and he definitely has that, and I think his talent, his drive and his intelligence, I think he can be a very, very good player.

“But he still has a bit to do, so the exciting thing for us, now he’s gone into the international fold, how much he picks up, how much he learns off the gaffer, and it will be exciting to find out where he ends up.

On Shabani’s recovery from an ACL injury

“He’s an unbelievable kid. His work-rate, effort and willingness to improve is outstanding. He’s got great ability, but has still got things to learn, to make better decisions in certain areas at times, but no-one knows that more than him.

“We have quite a deep conversation the day after a game every week and he’s quite hard on himself. Sometimes we tell him not to be, but he’s self-analytical and critical of himself because he wants to get better, so I’m absolutely delighted with him.

“He’s still got a lot to do to get to where he wants to be, but he’s on the right pathway.”

On the emergence of Corbeanu

“Theo is interesting because he can be anything he wants to be. He’s an outstanding professional, but – and there’s always a but with these players – he’s got to learn to play within the system, play with the others and adapt his game for different scenarios and situations.

“He’s athletic, tall, he can head it, he can defend, he can dribble past people, he can shoot, he can score, he can pass, he’s both footed, so he’s got a bit of everything. He’s just got to keep improving, but he knows that.

“When he picks the ball up wide, he’s very dangerous at taking his man on. We almost analyse that every game; is he getting in the box enough, is he getting on the end of things, or is he just good on the eye, and at the moment he’s got to improve that area, but what he’s offering the team is excellent.”