Under-23 players 'buzzing' to be back together

Under-23 head coach James Collins admits his players were delighted to return to training at the start of August ahead of their 2020/21 campaign getting underway next month.

Despite falling to PL2 Division 1 relegation during lockdown after Points Per Game was used to determine the outcome of last season, Collins says his players are in high spirits as they began their preparations for the new term at Lilleshall, due to Compton Park being off-limits because of the Covid-19 protocol.

On the under-23s returning to training

“The boys are buzzing to be back and were all ready to work hard. They were delighted to be back together, although we’re now at Lilleshall rather than being at Compton.

“It’s a great facility, but it’s not ours. There are all the one-way systems, the Covid rules, we can’t go within two metres of each other when we’re off the pitch, so the usual team bonding sessions we would be doing this time of year is very difficult.

“But we’ve had to adapt, the same as everybody in these current times, but I think the boys have coped with it very well, and back on the pitch, they’re progressing nicely.” 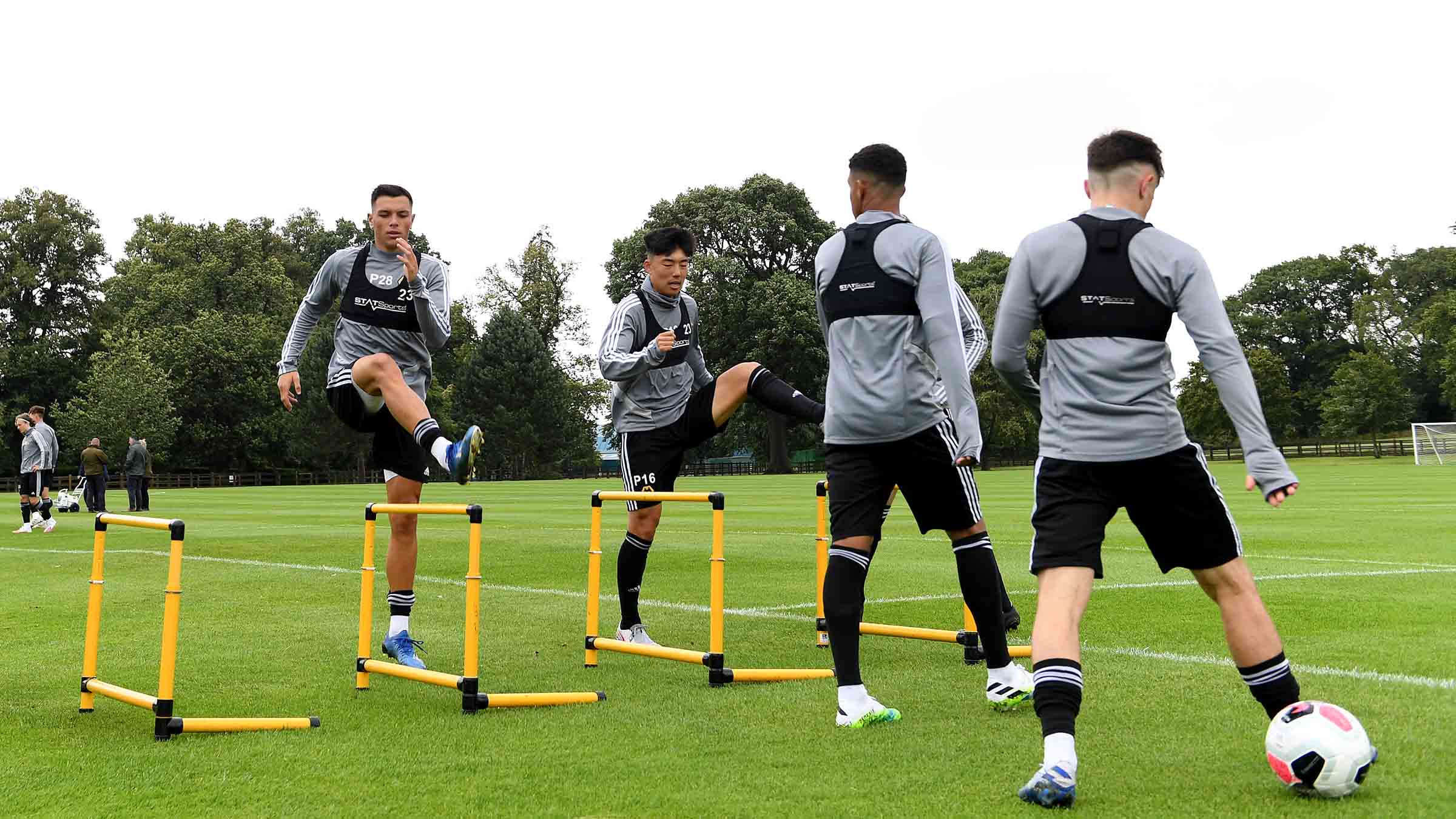 On the spirit among the group

“They’re a terrific bunch of lads. It’s been great to see them and great to be back out with them on the training pitch.

“I think everybody at this time wants a bit of normality back, and for us, getting back out on the training pitch has felt like that.

“The players, having been stuck in their houses and only being able to go out for runs during the past four months, just having the opportunity to get outside and kick a football around made them realise how much they missed it.

“The attitude, the drive and the team spirit of being together has been really good out on the pitch, which is a good sign.”

On using lockdown to reflect on last season

“It’s kind of been a poison chalice in a way. It was disappointing for everyone to get the break at that time.

“I’d only been in the job for two-and-a-half months at that point, only just getting to know the players really well as people and also working with them as people.

“But what lockdown did do, was allow us to reflect on the group, reflect on our practices, what we need to do to help the players develop and how we can get the best out of them.

“I think we’ve used the time very well, and now we’re back, it’s time to put that into practice.”

The players, having been stuck in their houses and only being able to go out for runs during the past four months, just having the opportunity to get outside and kick a football around made them realise how much they missed it.

“Lockdown has made it difficult in some ways, but in other ways, it’s part of the under-23 world that you’re in. Players come and go at different times and some players are in the 23s group for a year or two, others are in there for a short time and then they progress, and you have to adapt to that.

“Every club is in the same boat, but we like to think that if we’ve got the same players in our under-23 group for 18 months, two years, three years, then we’re not doing our job properly.

“That’s something as an under-23s coach that you have to get used to. You don’t have a settled squad, but what we have got here is the ‘Wolves way’ of playing.

“We’ve got a system that all the boys know, right from the early years of the Academy upwards, so they adapt really well if you do need to bring somebody in.

“If someone leaves, or somebody’s not there, others can come in and know what they are doing. This is a big help.”